Sustainable Guide to the Best Things to do in Salvador, Bahia, Brazil

This post was first published in 2018 but has been updated in 2019 with the most recent information about the best things to do in Salvador, Brazil.

Ready to escape the hustle and bustle of modern Brazil? Consider making your way to Salvador da Bahia, the capital of the Brazilian State of Bahia. Salvador da Bahia is famous for its colonial Portuguese architecture and sunny, tropical climate. Although, travelers often skip Salvador Bahia, we think it is well worth a visit. As a former capital of the country, the city boasts rich colonial heritage, architecture and art.

With its charming architecture, historic old town and idyllic beaches, Salvador Bahia will pull you in quickly and win you over. We particularly loved how cultural the city is! We enjoyed everything from trying the local food to learning about the good luck ribbons that appear all over the city.

If you’re planning on going yourself, here’s everything you need to know about visiting the city of Salvador.

How To Get To Salvador, Bahia

The easiest and quickest way to get to Salvador Bahia is to fly from Rio De Janeiro. If you are pressed on time, you might consider this option above all others. However, there is a more eco-friendly way to get to Salvador, Bahia. Consider taking a bus to enjoy the scenery and visit some of the towns on your way.

Some of the places worth visiting along the way are Buzios, Campos, Vitoria and the Abrolhos Marine Park, Boipeda. As well as, Porto Seguro/Arraial D’Ajuda and Trancoso among others.

If you decide to take a flight to Salvador da Bahia, keep in mind that the closest airport to the city of Salvador is Salvador-Deputado Luís Eduardo Magalhães International Airport. The airport located at least 30 minutes from the Pelourinho, Salvador’s old town. But, since the city is situated on the peninsula, the traffic can sometimes get pretty bad.

As a result of Salvador’s position, being right between the Equator and Tropic of Capricorn, the city is truly a year-round vacation destination. Therefore, you can expect warm weather almost always. However, you may might want to avoid visiting during the rainy season between April and June. Although, it is continuously humid here, these months have the most oppressive heat. 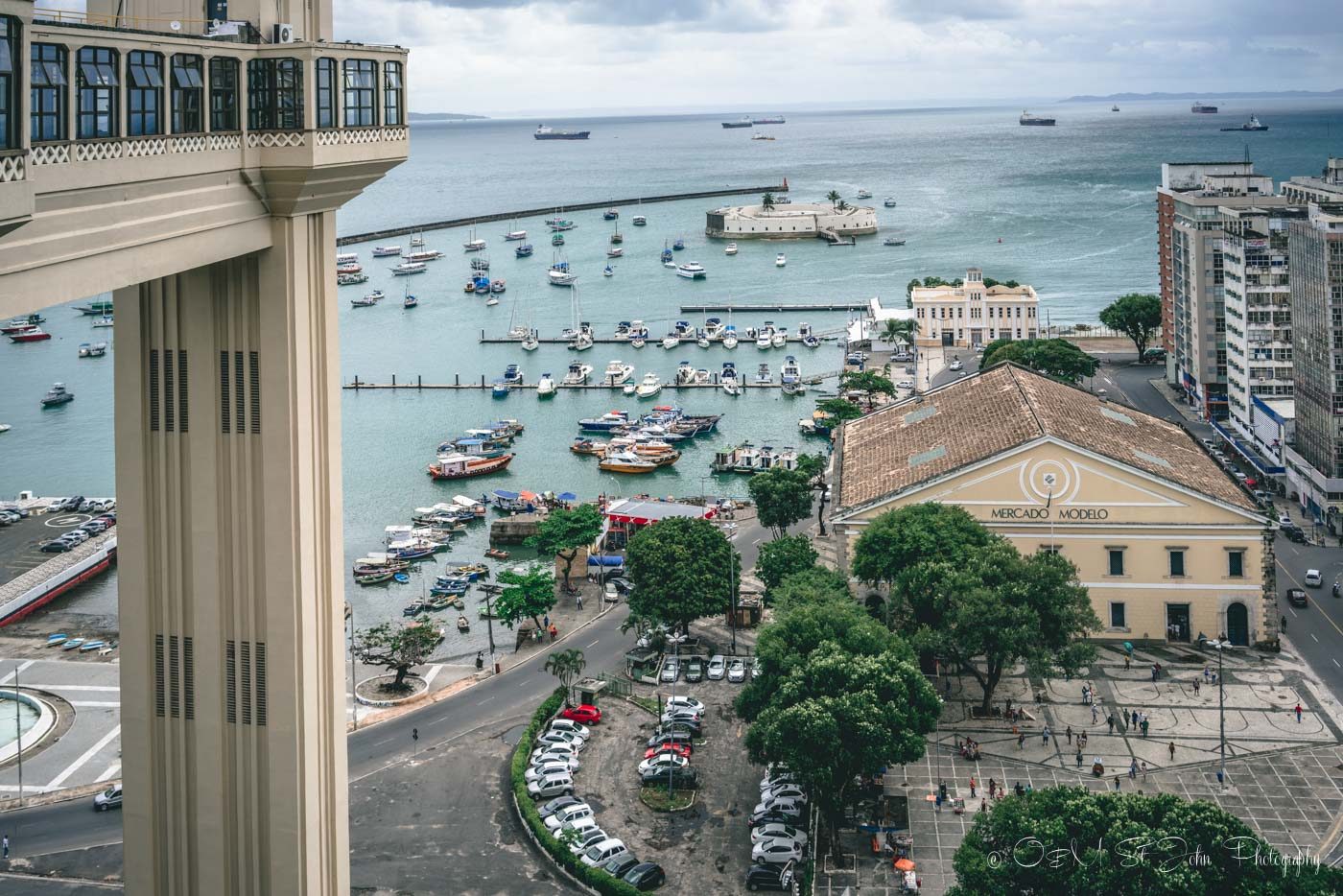 Top Things to do in Salvador, Brazil

Firstly, Salvador was once the capital of Brazil and the regal architecture makes it easy to imagine. Wandering through the old town, you’ll see rows of colourful buildings with a colonial flair constructed on twisting cobblestone streets. Once you step on city’s streets, you will see that there’s truly no lack of things to do in the city.

The entire Old Town, called Pelourinho, is protected by UNESCO and flaunts a mix of European and African influences. On the other hand, while exploring the area, don’t miss Salvador Cathedral or the Rio Branco Palace. Because, this is one of the most historic buildings in the city. 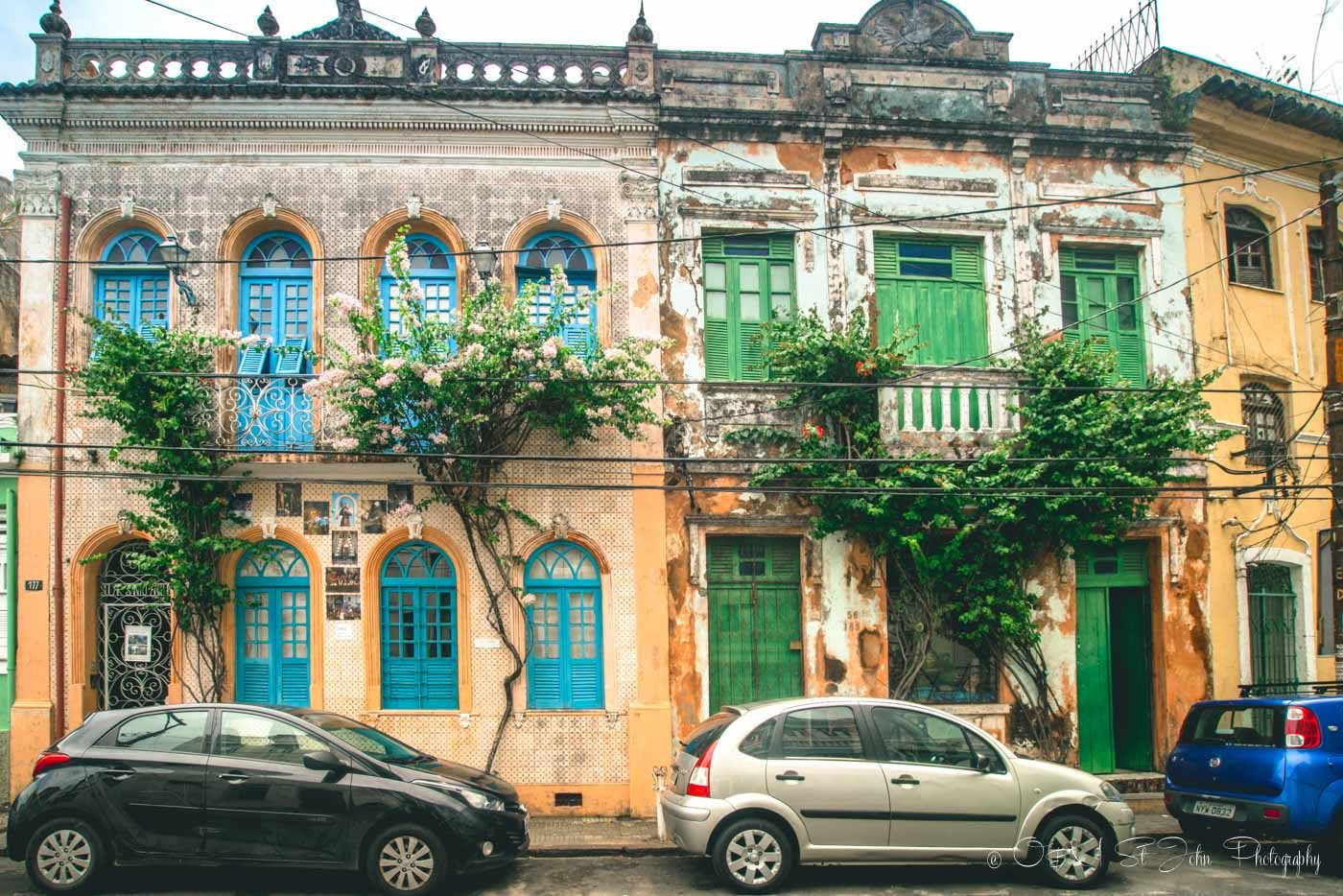 Go to the Beach

The city of Salvador, sits on the tip of a peninsula that sticks into the sea. Being surrounded by ocean on three sides certainly has its advantages. One of them is great beaches. For example, Porto da Barra Beach is a great place to relax in the sun beside the Forte São Diogo.

Likewise, right around the corner is the slightly larger and equally beautiful Farol da Barra Beach. Just be careful if you are swimming. Because, the shores are protected by a lot of large rocks right beneath the surface.

While hitting the beaches is one of the top things to do in Salvador, Brazil, it’s not the only thing that you can do there. For instance, if you get tired of lying on  the beach, take a stroll along the promenade. You can visit a couple of Salvador, Bahia’s famous forts. Despite the city being on the east coast of Brazil, these two forts actually face to the west. So, they’re perfect places to watch the sunset.

The Barra Lighthouse, striped with signature black and white paint, is a symbol of the Salvador Bahia. In addition, there is also a small museum inside that focuses on the nautical history of the region.

The 17th century Fort of Saint Diogo is in a perfect location to enjoy views of the surrounding bay. You’ll find a museum inside. Additionally if you’re lucky, you’ll visit on a day when one if its many cultural events is taking place.

Certainly, the Brazilian cuisine is delicious and nowhere is that truer than in Salvador. That is to say, after enjoying all of the things to do in Salvador, Brazil, don’t forget to try the city’s cuisine.

Acarajé, originally a West African dish, was one of our favourites. In its most basic form, it’s a deep fried ball of mashed beans served with a variety of spices stuffed inside it.

Did you know? The word “Acarajé” is derived from the Yoruban language spoken by west Africans. These words were “àkará” meaning bread and “je” means to eat.

Another favourite of ours was Moqueca, a salty fish stew made with coconut milk, vegetables and spices. Local restaurants offer a great variety of various foods and flavours. So, make sure to set aside some time to check them out.

As a result, the slave trade in Bahia has made the Brazilian state to have strong African influences. In addition, this was once the center of commerce in Salvador, Bahia. To sum up, the African traditions that were brought here centuries ago live on through food, dance, and music. It can be spotted all over the city if you know where to look.

Moreover, in order to learn more about the African history of Salvador, Bahia, visit the National Afro-Brazilian Museum.

Built in the 18th century, this famous church located in the lower town of Salvador is the site of a famous Festa do Senhor do Bonfim celebration. This is held every year in January in Salvador da Bahia. During other times of the year, it’s a beautiful spot to admire the colourful Bahia bands that act as a symbol of faith and good luck.

Fun Fact: The church was built to house the statue Nosso Senhor do Bonfim. A Portuguese naval officer, Captain Teodósio Rodrigues de Faria brought in the statue from  Setúbal, Portugal all the way to Salvador in 1740. Some years later, a religious brotherhood called Bonfim Brotherhood were founded and built houses in front of the church. This is to house pilgrims that come to Salvador every year to honour Our Lord of Bonfim.

Try Capoeira (or See a Show)

Capoeira is a traditional style of Brazilian martial arts that could fool you into thinking it’s a style of dance. So, that’s exactly what the slaves who originally practiced it was trying to do. They disguise their self-defence training as an art form.

Today, it is a celebrated element of Brazilian culture, especially in Salvador da Bahia. The city is a great place to see a Capoeira performance or to give it a try yourself!

Also, if you would rather have a guide tell you everything about Salvador, Bahia, you might want to consider taking an organized tour of the city. Here are a few tours that we recommend:

The Best Hotels in Salvador, Brazil

Fiesta Bahia Hotel is an affordable 5-star hotel is one of the best hotels in Salvador, Bahia. Also, staying at Fiesta Bahia, Salvador will be easy to explore. Thanks to its central location and close proximity to the beach. Moreover, the hotel has an elegant outdoor pool, large and beautiful rooms. Not only that, they have their own glitzy nightclub. Best of all, the property is a TripAdvisor GreenLeader on the Platinum Level.

Monte Pascoal Praia Hotel is located right on the beach and is equipped with a fantastic deck overlooking the ocean. The Monte Pascoal Praia is particularly eco-conscious with their rainwater recycling program. In fact, they have energy-saving air conditioning and lighting systems. Also, they have GreenLeaders on the Silver Level. A sizable breakfast buffet is also included in your stay.

If you’re looking for something a bit more B&B style, Villa Bahia should be just the ticket. This hotel is rustic, homey and certainly, a beautiful place. It blends in perfectly in its spot in the old town. Moreover, the decorations here are stunning. All reflective of the city’s colonial history. Also, This Salvador hotel includes breakfast for all guests and is a GreenLeaders on the Bronze Level.

Where to Eat and Drink in Salvador, Bahia

This small restaurant is a diamond in the rough for vegan travelers. At B-Vegan, you can find a wide variety of different delicious burgers as well as pizzas and cakes. 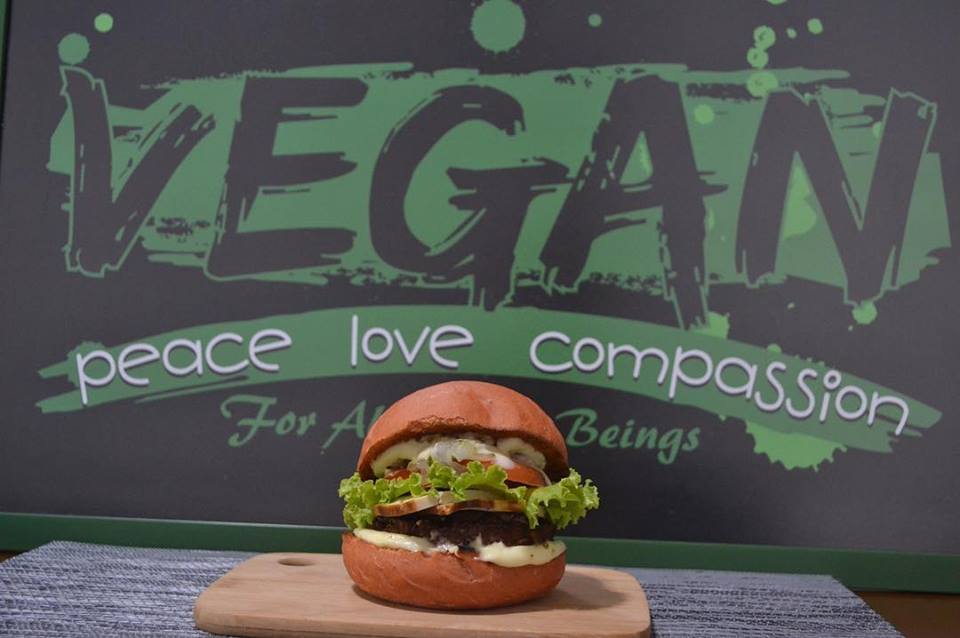 Meanwhile, if you want a gourmet taste of traditional Bahian cuisine, don’t miss Paraíso Tropical. Additionally, here, you can sample signature dishes. Some dishes available are moqueca, feijoada and bacalhau. Above all, prepared in an elegant setting.

O Coliseu is a buffet-style restaurant that is vegetarian-friendly. It’s great for lunch, but even better for dinner when you can watch a popular show called Topázio. This is a great place to get a taste of Capoeira. Also, it includes plenty of singing, dancing and live music.

Rango Vegan is a local restaurant that offers seasoned plant-based dishes. Certainly, these dishes are made of tofu, beans, rice and various vegetables. The Prato do Dia (Dish of the Day ) is always a safe bet and therefore, not to be missed. Moreover, the location is tucked away behind the facade and consequently offers great views of the ocean

How Much Time Do You Need in Salvador?

Salvador da Bahia isn’t a huge city. So, you won’t need more than a few days to see all the highlights. That is to say, you might want to stay a little longer just to enjoy being on the beach or wandering the old town. It’s the kind of place where simply being is enjoyable, so, don’t be in a rush to leave! 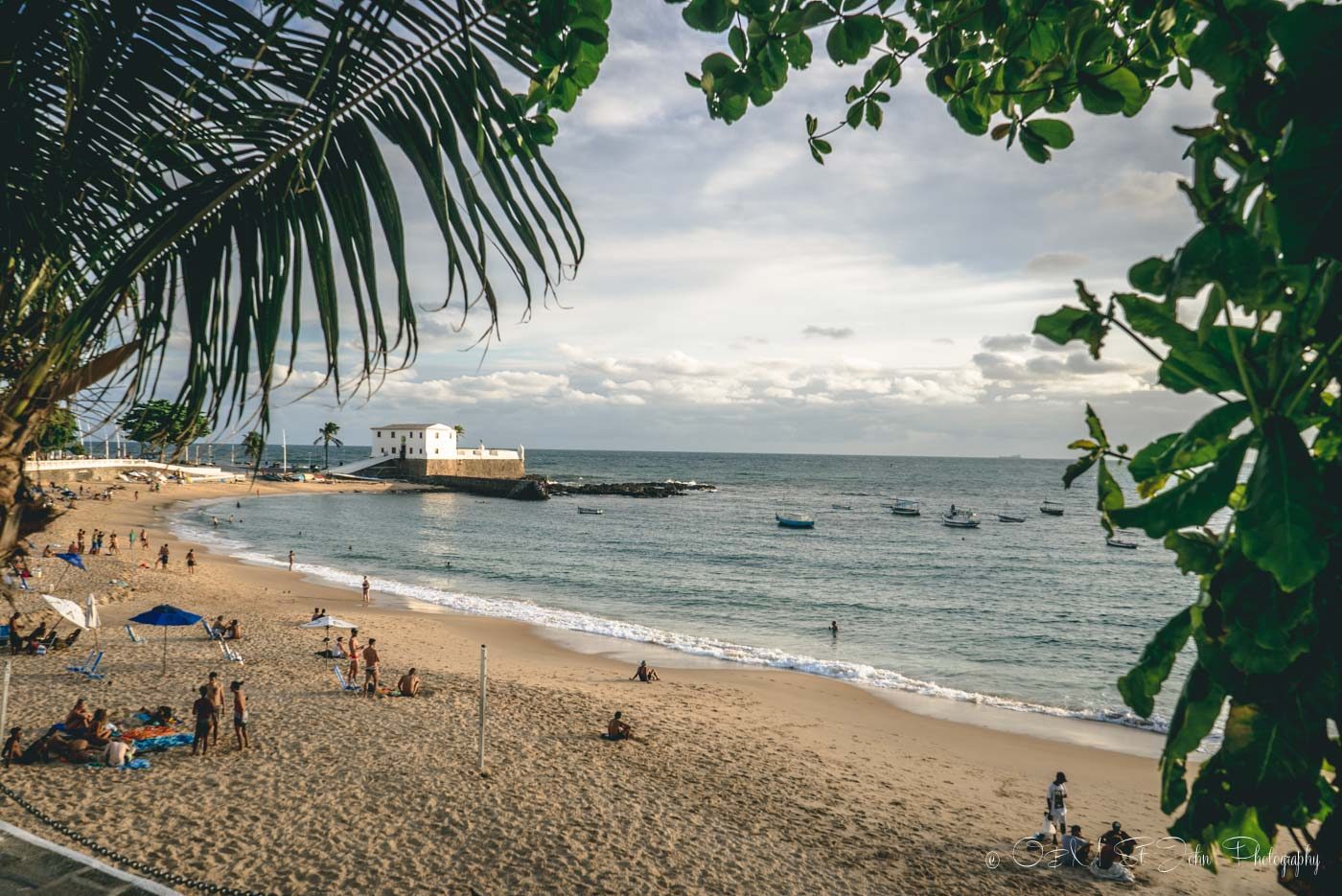 In short, Salvador da Bahia was one of our favourite stops on our trip around northeast Brazil. From the delicious food to the colourful old town to the vibrant mix of cultures, Salvador, Bahia, is a must on any Brazil itinerary.

Have you had a chance to visit Brazil’s less popular cities yet? Which is your favourite?