Rwanda is a country often overlooked by travelers in Africa. Whether due to its relatively small size, remoteness, or recent civil war and genocide, people tend to pass up Rwanda for Tanzania, Uganda, or Kenya nearby.

However, the country has so much to offer visitors in its small area. Most notably, Volcanoes National Park is Rwanda’s most treasured nature reserve in the northwest corner of the country.

Today, visitors come to this corner of Rwanda mainly for the gorilla safaris, hiking, and visits to the cultural. Volcanoes National Park is most famous for being home to mountain gorillas and the research base for famed zoologist Dian Fossey.

There is so much to do in Volcanoes National Park and when we visited in November 2017, we were lucky enough to get to experience most of what the park has to offer. If you choose to visit too, you’ll be in for the adventure of a lifetime.

Gorilla trekking is the main reason why people are attracted to Volcanoes National Park, Rwanda. Gorilla treks begin early in the morning at the park headquarters. With a trained guide, you’ll make your way through the forest following signs of the animals’ whereabouts.

If you’re lucky, you’ll have the chance to spot some eating bamboo and enjoying life in the forest. You’ll likely spend a few hours in the mountains before heading back to the camp.

There are only around 1,000 mountain gorillas left in the wild but according to recent news, their numbers are increasing! By visiting Volcanoes National Park and going on one of the gorilla safaris, you can help support the protection of these amazing animals in the wild.

One very important thing you will need to obtain is a permit for Rwanda gorilla trekking. Only 80 permits are allowed per day and each costs $1,500. This money is routed back into the park’s conservation and sustainable tourism efforts.

READ NEXT:  Ultimate Guide to Gorilla Trekking in Rwanda

Other Things to Do in Volcanoes National Park, Rwanda

Outside of the Rwanda gorilla tours, you’ll want to see the golden monkeys as well. These funny looking creatures live closer to the base of the volcanoes and make their homes in the bamboo. They are quite shy by nature, but the habituated groups are long since used to people being around them.

A golden monkey trek will be a bit shorter than a gorilla trek because you won’t have as far to hike. They will likely be a lot more challenging to photograph than the gorillas since they move a lot more quickly, so make sure you have your camera ready to go at all times.

Just like the Rwanda gorilla safaris, the golden monkey treks require a permit. In this case, they’re a lot more affordable at just $100 per person. Make sure to book your permit at least three months in advance to make sure you get a spot.

READ NEXT:  Where to go in Rwanda: Destinations You Just Can’t Miss

The Musanze Caves are located right in the center of Volcanoes National Park, Rwanda, and since 2013, they’ve been an essential stop for visitors to the park. The underground cave system is around 2 kms (1.25 miles) long and has stairs and walkways to help aid visitors in exploring the area.

With your guide, you’ll be able to learn a lot about the geology of the area and what goes on beneath the earth’s surface in Volcanoes National Park, Rwanda.

Whatever you do, don’t leave Volcanoes National Park, Rwanda, without embarking on a cultural tour in one of the nearby villages. Your best bet is the Iby’Iwacu Cultural Village where you can meet locals and learn about their daily life in the shadows of the volcanoes.

They put Rwandan culture proudly on display, teaching visitors about authentic clothing, dance, and food in the area. Visit a school, taste a local beer, and even meet a medicine man to learn about traditional healing methods. 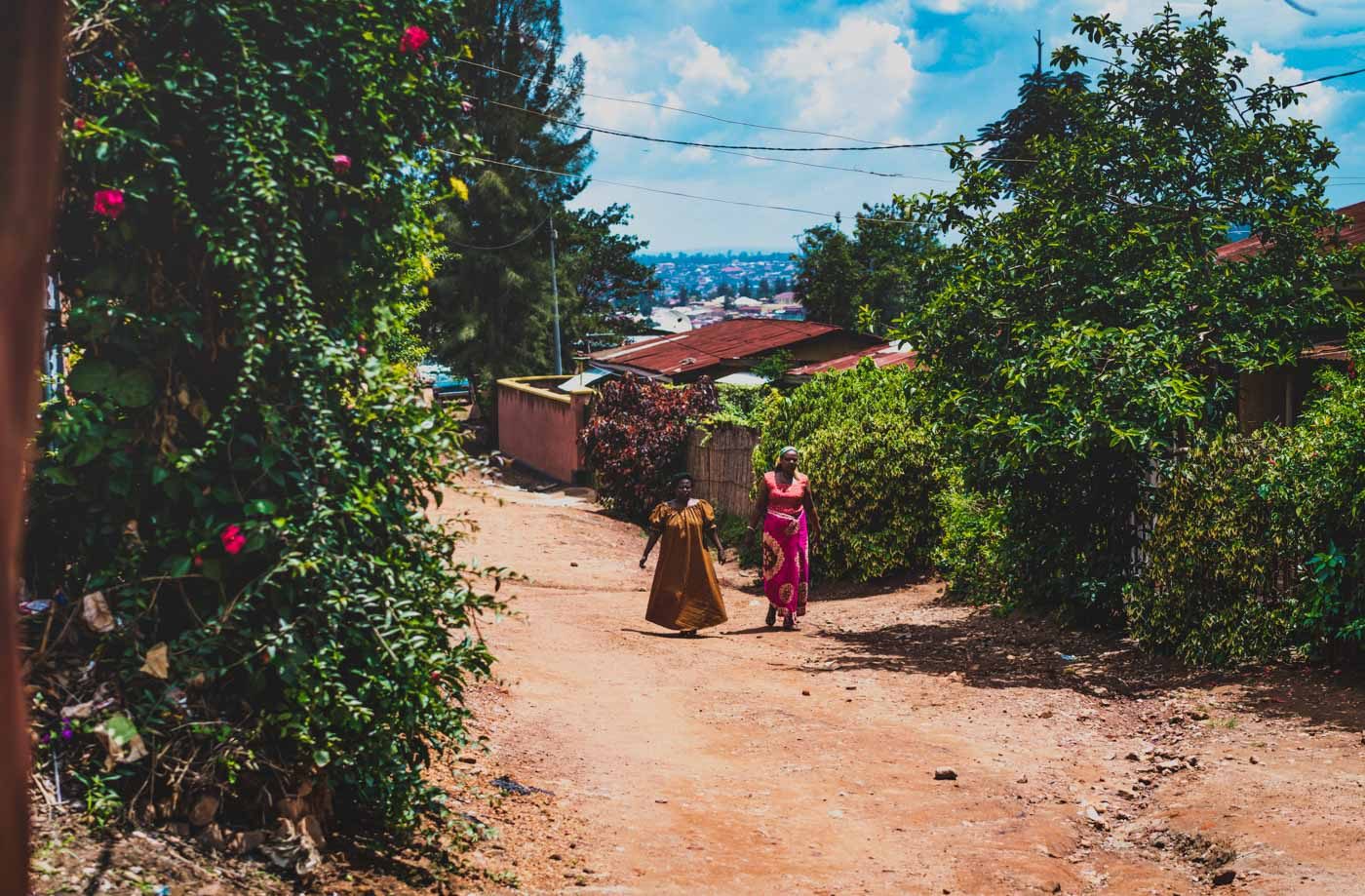 Karisimbi Volcano and Bisoke Volcano are the two main volcanoes that visitors climb most often. Mt. Bisoke is the easier option, with guided tours conducted nearly every day. At the top of this volcano, there’s a beautiful crater lake. The roundtrip will take you about six hours or less.

Mt. Karisimbi is the highest volcano in the area at 4507 m (2.8 miles) above sea level on the border between Rwanda and the Democratic Republic of Congo.

Reaching the summit is not an easy feat. You’ll need six hours of slippery uphill climbing to reach the top where you’ll camp overnight. The journey is very rewarding as you’ll get the chance to see all sorts of wildlife along the way.

For both hikes, you’ll be able to hire a porter (if you feel the need) for an affordable price.

Dian Fossey is the famous primatologist who worked closely with the mountain gorillas in Rwanda and is largely credited for preventing their extinction. She actively fought against poachers and gained quite a few enemies because of this.

Dian Fossey was murdered in 1985 in the research center that she had founded inside Volcanoes National Park, Rwanda. She is buried next to a number of her beloved gorillas that were killed by poachers.

Hiking to her gravesite in the mountains is a great activity to do after going on one of the gorilla safaris. Hiking to the site takes about an hour and a half in one direction.

How to Get There

Volcanoes National Park can be reached from the capital, Kigali, without too much trouble. From Kigali, you will need to drive to Musanze, the gateway to the park.

The town where the park’s headquarters are located is called Kinigi. Although there is public transportation between Kigali and Musanze, there is none between Musanze and Kinigi.

Do You Need to Hire a Guide?

Guides for golden monkey and gorilla trekking in Rwanda are mandatory. Having a guide ensures that these animals are protected and are visited sustainably. In addition, it helps protect the visitors from dangers that are possible in these kinds of animal encounters.

If you are simply hiking in Volcanoes National Park, a guide is not compulsory but still recommended.

You’ll definitely want to be prepared for cold and rain as well since the weather can change quickly and dramatically without warning. Long clothes are generally recommended to protect you from bugs and other critters. Garden gloves are also recommended as there can be some sharp plants in the forest. 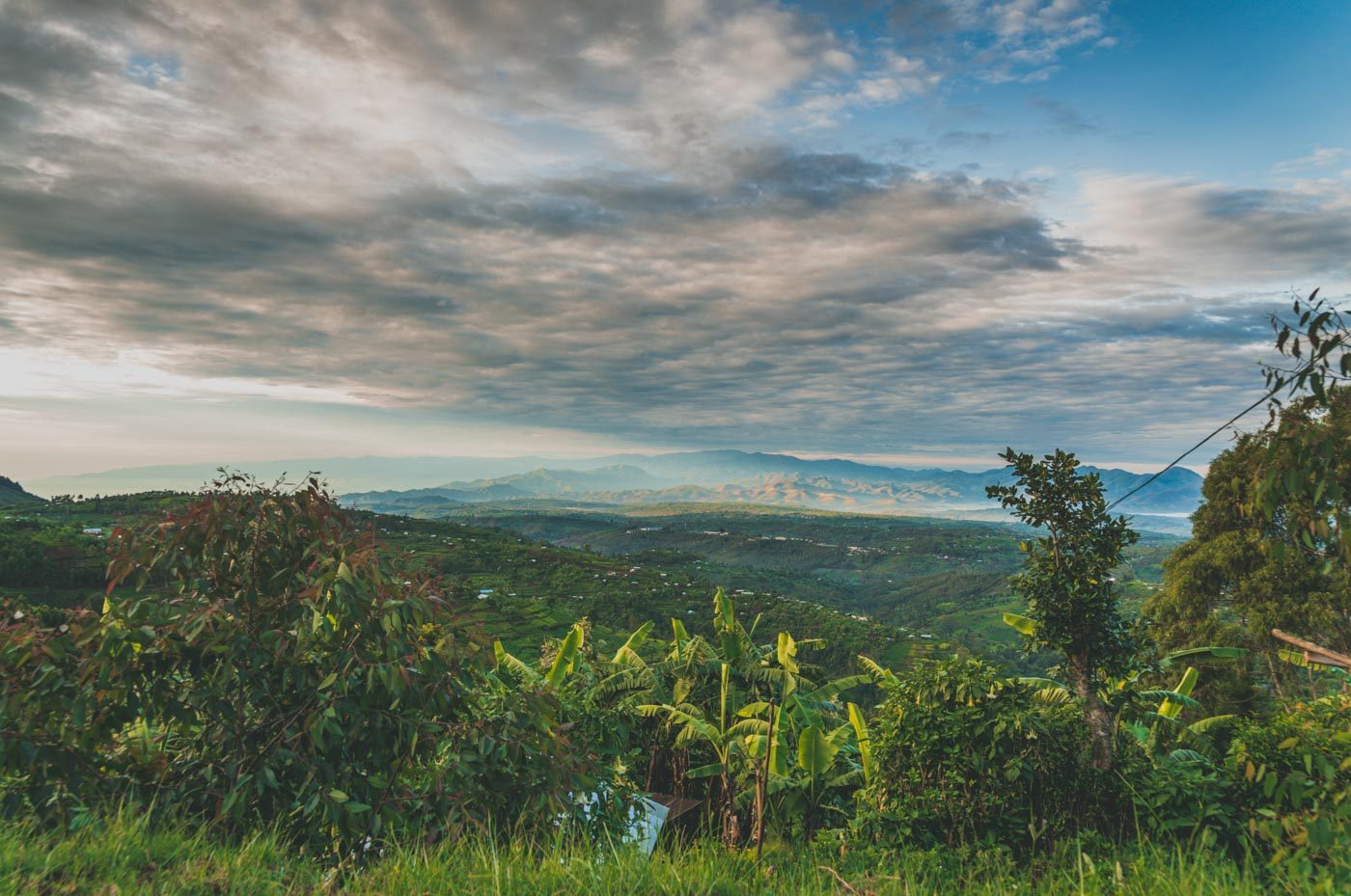 Make sure to bring a good camera with you including extra charged batteries and a telephoto lens to capture up-close shots of wildlife. In addition, don’t forget binoculars.

In most cases, you’ll also need to pack your own lunch and snacks. Be prepared ahead of time so you don’t go hungry while out in the mountains. 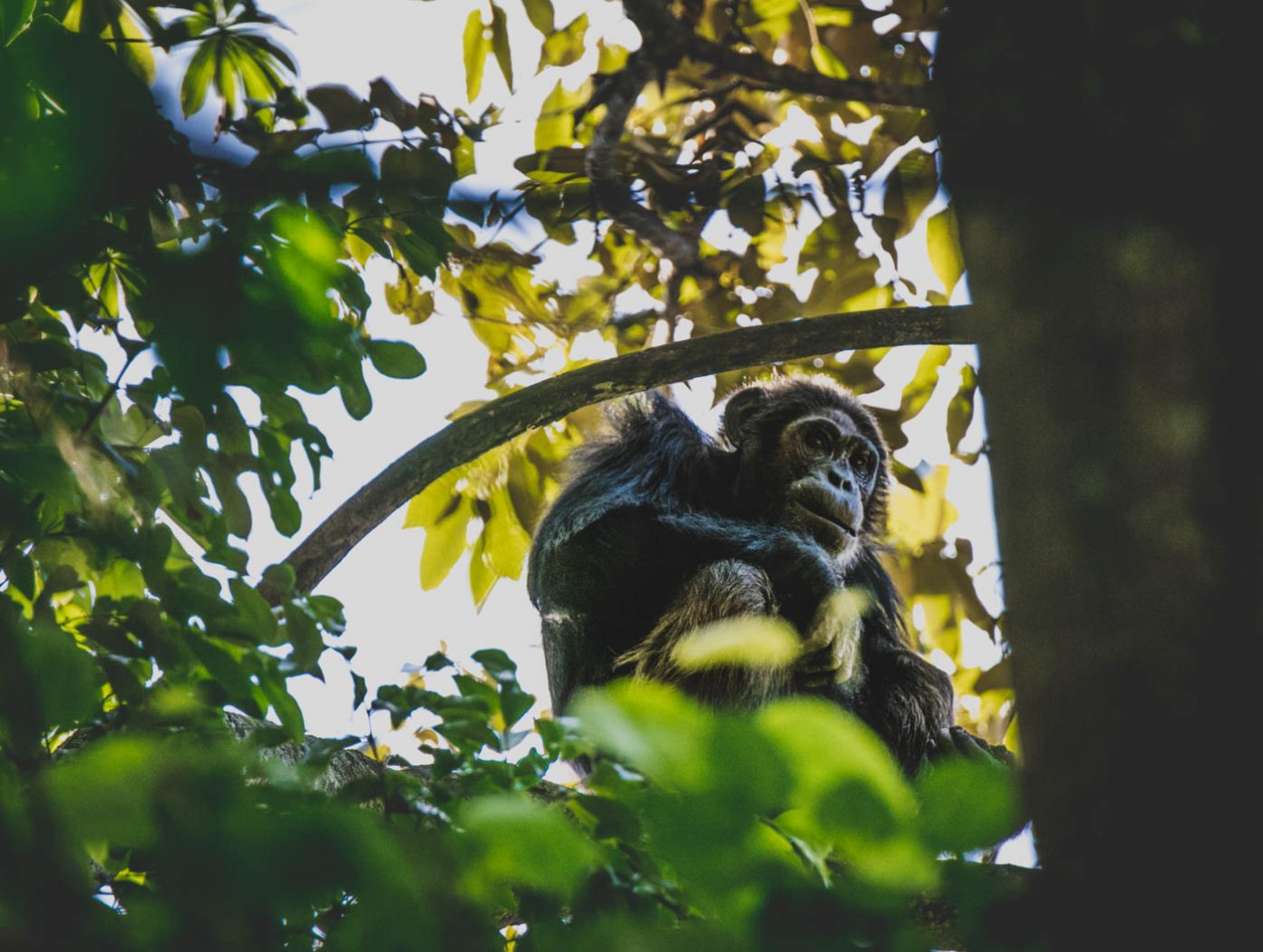 While low on most people’s radar, Rwanda is an excellent country for adventurous tourists. Although the wounds of Rwanda’s recent past are still fresh, it is actually one of the safest countries to visit in Africa today. In addition to being safe, the country is also very environmentally conscious.

Plastic bags have been outlawed since 2008 and those caught with one can even get fined. Rwanda’s commitment to both governmental peace and green peace should be strongly commended.

Visiting Volcanoes National Park, Rwanda, is truly one of the most unique and special animals encounters you can have.

Is Rwanda on your radar as a travel destination? What activity would you most like to do in Volcanoes National Park, Rwanda?

1 thought on “Why Visit Volcanoes National Park in Rwanda”

We are Oksana & Max, a Canadian couple with a passion for sustainable travel. In 2015, we left  behind our ordinary 9-5 lives to pursue our dream of full-time travel.