Our Guide to Top Things to do in Sicily

While most tourists to Italy flock to the mainland, Sicily is a fantastic option for those that want to see a little more of Italy’s unfiltered side. Right off the tip of Italy’s “boot,” the island of Sicily is the largest island in the Mediterranean.

We visited Sicily in the summer of 2018 and were surprised to discover a beautiful region with great food, beautiful beaches and cultural sights.

Here are our favourite things to do in Sicily.

Palermo is capital and the most frequented tourist destination on the island, making it one of the best places to visit in Sicily. It is nearly 3,000 years old and is brimming with history and culture.

Located in the northwest corner of the island on the Gulf of Palermo, most travelers start here when visiting the island. This city alone contains some of the best of what to see in Sicily.

Things to Do in Palermo

The Palermo Cathedral is a Roman Catholic church that is dedicated to the Assumption of Mary. It was built in 1185 by the archbishop of Palermo at the time. This cathedral has undergone many additions and reconstructions over the years and is therefore known for its mix of architectural styles and influences.

Go to a Puppet Theatre

Sicily is famous for its puppet theatre and there is no better place to experience a puppet show than in the city of Palermo. First becoming popular in the middle of the nineteenth century, puppet shows originally told the stories of knights and their heroic deeds. Today, the puppet theatres are a popular tourist attraction where guests can experience a rich cultural tradition. It is truly one of the most unique things to do in Sicily.

If you’re interested in learning more, head to the Museo delle Marionette to discover the history of the Sicilian tradition as well as lovely displays of puppets from the past.

Palermo’s street markets are historic and famous, and definitely worth a visit during your time in the city. Simply walk through the alleys and take in all the sights, sounds, and smells.

There are four markets that are worth a visit. Ballarò is the largest and most famous market, Capo is lively, upbeat, and authentic, and Vucciria and Borgo Vecchio are the best markets to visit after the sun goes down.

If you’re wondering what to see in Sicily after Palermo, Catania should be next on your list. Catania is the second largest city in Sicily and is located on the east coast of the island on the Ionian Sea.

It is particularly well known for its Baroque architecture, much of which is protected by UNESCO, and for being the commercial and industrial centre of Sicily. It sits right at the base of Mt. Etna.

Things to do in Catania

The Piazza Duomo is Catania’s main city square and central meeting point. It is made out of lava and limestone and modelled in the local Baroque style. The famous St. Agata cathedral overlooks the square. Right nearby, you can find Catania’s famous fish market.

This 13th-century castle is a popular tourist attraction in Catania. It was originally built for royalty during the age of the Kingdom of Sicily and became the house of Sicilian Parliament after a rebellion called the Sicilian Vespers.

When wondering what to do in Sicily, most people think of Mt. Etna. Although perhaps not as famous as Mt. Vesuvius, Mt. Etna is Italy’s most active volcano. This is a great destination for some adventurous things to do in Sicily.

Things to do Near Mt. Etna

Mt. Etna is one of the very best places to visit in Sicily, and the best way to get the full experience is to go hiking. There are numerous hiking trails in the area with something to fit every level.

Aerial view of Sicily CoastIf you’re interested in hiking to the summit, definitely consider booking a tour with a guide so you can learn about the incredible volcano and be sure not to miss all the best lava fields, caves, and snowy spots along the way.

Visit the Nearby Farms for Wine Tasting

The volcanic soils are fantastic for farming and are particularly good for growing grapes. Specifically, the Nero D’Avola grapes. These are the grapes of choice on local farms, and you can sample the wines at numerous wineries in the area. Make sure to call in advance, as many wineries require booking ahead of time. 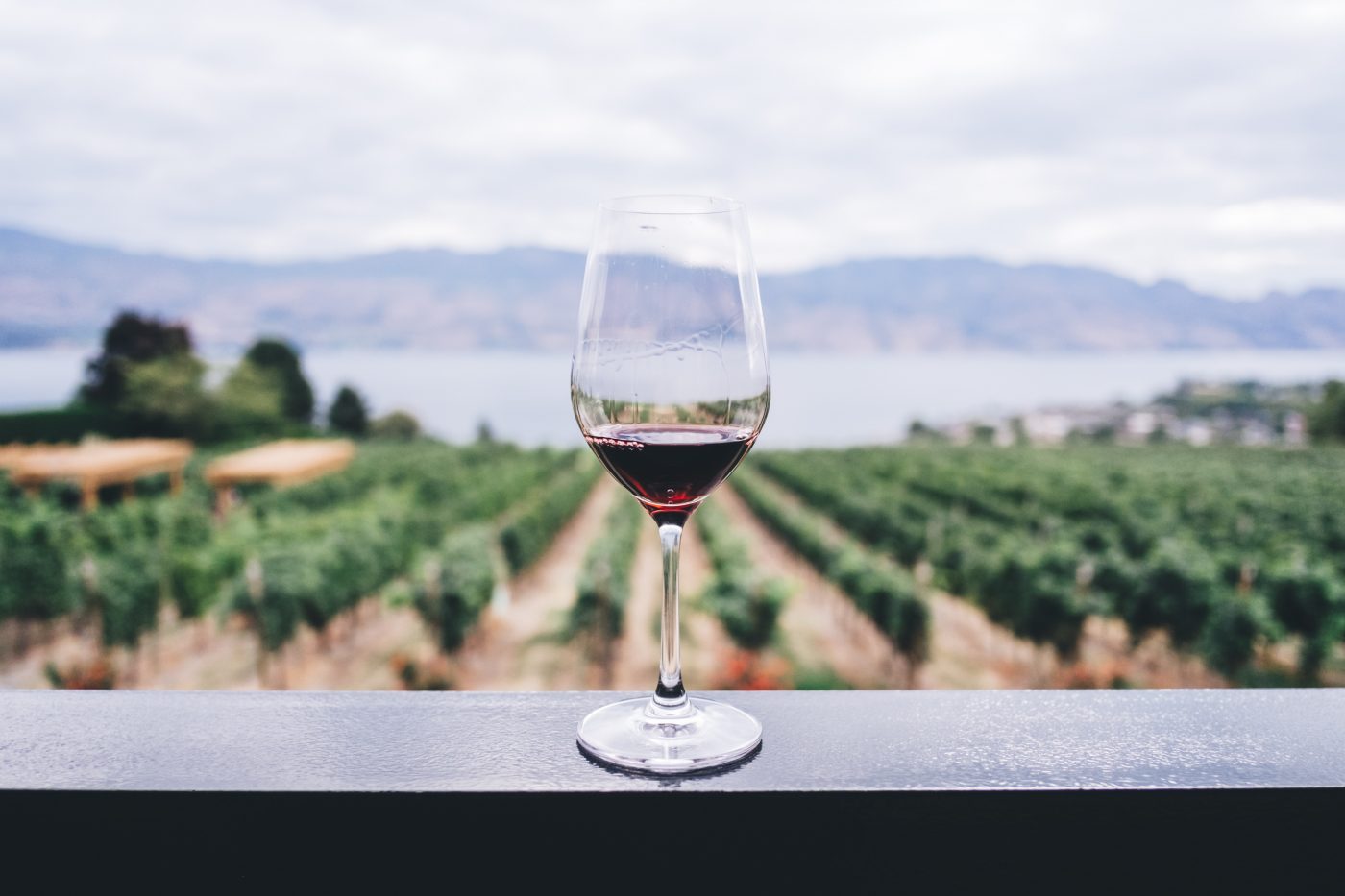 Get off the Beaten Path in Taormina

While Catania sits slightly south of Mt. Etna on the coast, Taormina is also at the base of the volcano but a bit further north. This charming seaside town is nestled into a tall hill directly overlooking the ocean.

Things to do in Taormina

The Greco Teatro is Taormina’s most famous monument. The archeological site is a theatre made mostly of brick and draws influence from both Greek and Roman building designs.

It is extremely well preserved and because of this, performances are still hosted here. Make sure to attend a show in the theatre if you have the chance.

Go to the Beach

Although sometimes crowded since they are small, visiting the beaches of Taormina is one of the best things to do in Sicily. Relax here in the afternoon after a day of exploring the city.

Travel south along the coast from Catania and you’ll reach Syracuse. It used to be a powerful port city in ancient times and held a strong position in the Mediterranean Sea. It is famous for being the birthplace of Archimedes and Saint Lucy. The entire city is protected by UNESCO, making it a highlight of what to do in Sicily.

Hang Out in Syracuse

The Archeological Park is a can’t-miss stop on any trip to Syracuse and should be included on everyone’s list of things to do in Sicily. There are many spots to visit here including a Roman Amphitheater, a sacrificial altar, catacombs, and another Greek Theater as well.

One unique thing to do in Syracuse is to visit the caves and quarries. The Ear of Dionysius is the most famous cave. It is made out of limestone and features astonishing acoustics.

Another great one to visit is the Latomia of Paradise, a large quarry that used to hold prisoners of war thousands of years ago.

Get Lost in Noto

Noto, Sicily, is a small town south of Syracuse that is best known for it’s well preserved Baroque architecture. It is also entirely a UNESCO protected city and is essential on every list of what to see in Sicily.

Things to do in Noto

The Piazza Municipio is the main city square in Noto. This is the perfect place to get a good look at some of the best Baroque architecture in the city such as the Cattedrale di San Nicolò, Palazzo Landolina, and Palazzo Ducezio.

If you are currently considering a trip to Noto, coming during the annual flower festival is an awesome option. During the third weekend of May, the city streets turn into works of art as local artists work in unison to create magnificent flower mosaics and collages. All of the flowers are grown especially for the festival.

Delve into History in Agrigento

Agrigento is on the southwest coast of Sicily and is an unmissable destination for all history lovers. Some of Sicily’s best-preserved ruins can be found here, as well as some stunning beaches and a charming old town, making it one of the best places to visit in Sicily.

Things to Do in Agrigento

Visit the many temples and tombs, and make sure to hire a guide to dive deep into the site’s impressive history. This is hands down one of the best things to do in Sicily.

Called the “Turk’s Staircase” in English, this soft clay formation is a natural wonder that exhibits the work of water, wind, and time. The cliff can be climbed on and is a great place to explore before heading to the beach.

Where to Stay in Sicily

While you’ll find no shortage of options when figuring out where to stay in Sicily, there are a couple of places to consider for their eco-friendliness and commitment to sustainability.

In Palermo, stay at Bed and Breakfast Novecento. This homey spot in central Palermo has a great reputation among travelers with a Certificate of Excellence from TripAdvisor. They are also GreenLeaders on the Silver level, another award from TripAdvisor earned for their eco practices.

While in Catania, consider staying at the Velacatania Catania Centro. Not only does this bed and breakfast have a beautiful earthy design, but most of its decor is upcycled. They also satisfy a long list of sustainability practices including organic, local food, and over 80% waste recycling.

In Agrigento, stay at the luxury designer hotel Doric Bed. Aside from incredible views of the Valley of the Temples, this stunning hotel has been awarded the GreenLeaders status from TripAdvisor on the Platinum level. Truly, you can’t go wrong with any of these accommodations while choosing where to stay in Sicily.

Sicily is a large island and there is so much to see, but this list covers the best of what to do in Sicily overall.  So for your next to this beautiful country, why not stay off Italy’s mainland and opt for the beauty of Sicily. We hope that you now have an idea of all the best places to visit in Sicily.