Everything You Need to Know About Driving In Costa Rica

Costa Rica is a fairly small country, but the fact that more than 50% of the country is covered in thick, lush rainforest means that distances between the destinations are much more than you might expect. 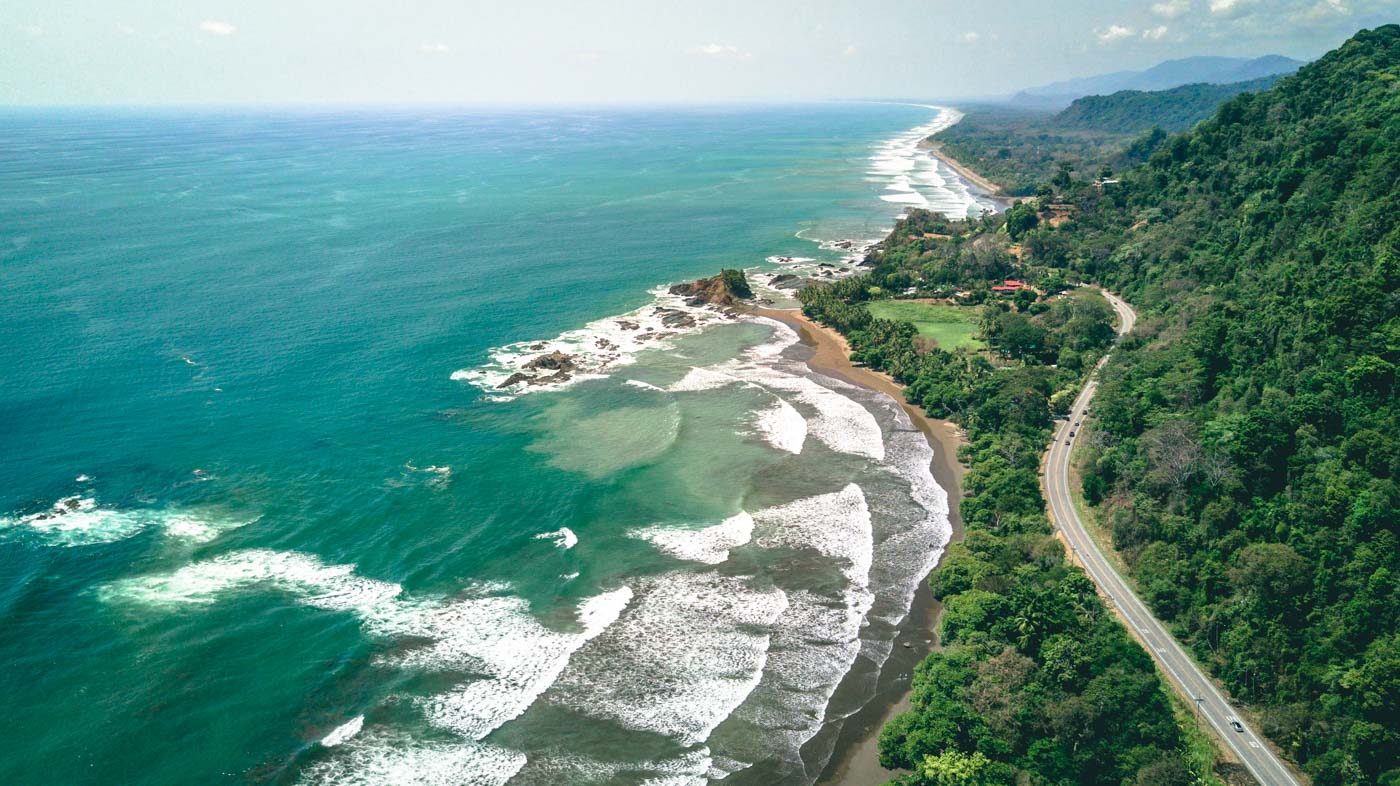 Sure, you’ll have no problem going from San Jose the capital city to many destinations around the country, but traveling from one tourist destination to another without connecting through San Jose or switching buses in another destination is practically impossible.

In addition, local bus stops are rarely situated near town centres, so those traveling by bus will end up having to take a taxi to their destination anyway.

So for these and many other reasons (like the ability to explore on your own), we suggest that travelers to Costa Rica rent a car for their trip.

Tips for Driving in Costa Rica

Driving in Costa Rica gives you the freedom and flexibility of exploring the country at your own pace. You can even follow our 2-week itinerary for Costa Rica or use it as inspiration for your own schedule.

Renting a car Costa Rica allows you to see what you want to see and when without the limitations of expensive tours.

However, driving in Costa Rica comes with its own issues and there is a lot to consider when getting behind the wheel in another country.

With these things in mind, we’ve created this guide to driving in Costa Rica.

Things to Remember When Driving in Costa Rica

Most of the laws for driving in Costa Rica will be similar to your home country. Speeding, driving under the influence, mobile use, and not wearing a seatbelt are illegal and fines can be very high.   Unfortunately, Florida Ticket Firm will not be able to help you in Costa Rica, so you will have to drive carefully. 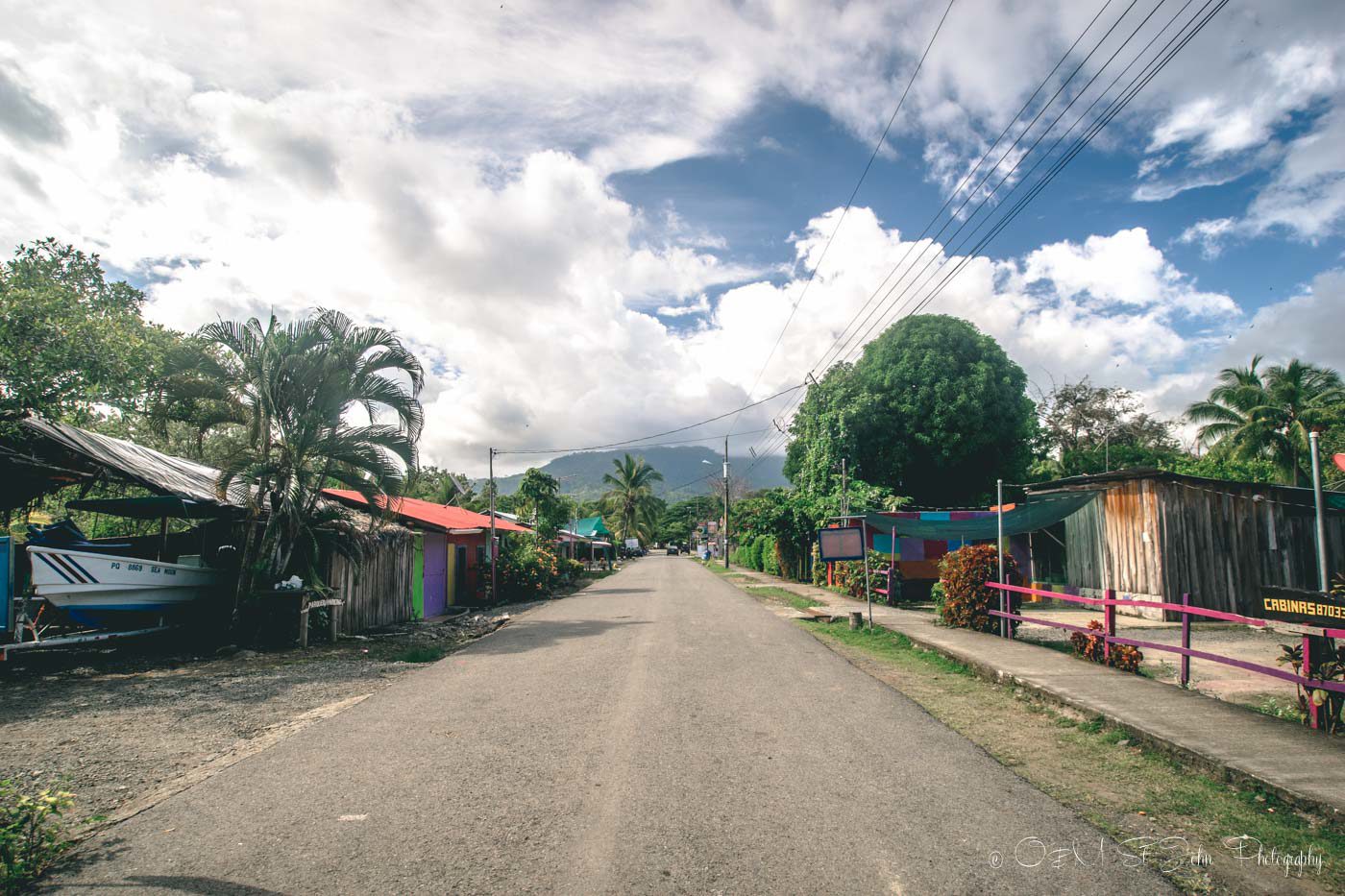 Be aware that the standard of driving in Costa Rica is quite poor and can be dangerous. People often switch lanes without using their blinker or run red lights if there is no one around.

Don’t forget that speed limits displayed on road signs is kilometres per hour and not miles per hour.

While highways are generally okay, every other road is full of potholes, unpaved dirt road and very bumpy.

Our recommendation for car hire Costa Rica is a 4 wheel drive, especially if you are visiting during the rainy season. Beware of drivers on the wrong side of the road as they attempt to avoid the huge potholes.

There are plenty of companies offering car rental Costa Rica. You can find international operators such as Hertz, Avis, Budget, Dollar, and Economy, but there are so many more.

Just be sure to do your research before committing to renting a car from an unknown car rental company. Make sure they are legit and trustworthy.

You can book with the companies directly, or use third-party booking sites such as orbitz.com which usually works out a little cheaper and allows you to book your car rental Costa Rica without paying.

Comprehensive car insurance is essential when you rent a car in Costa Rica. Rental companies will charge for even the most minor damage and it can be a tidy sum.

Keep in mind that the majority of driving in Costa Rica is on dirt roads and past thick vegetation. 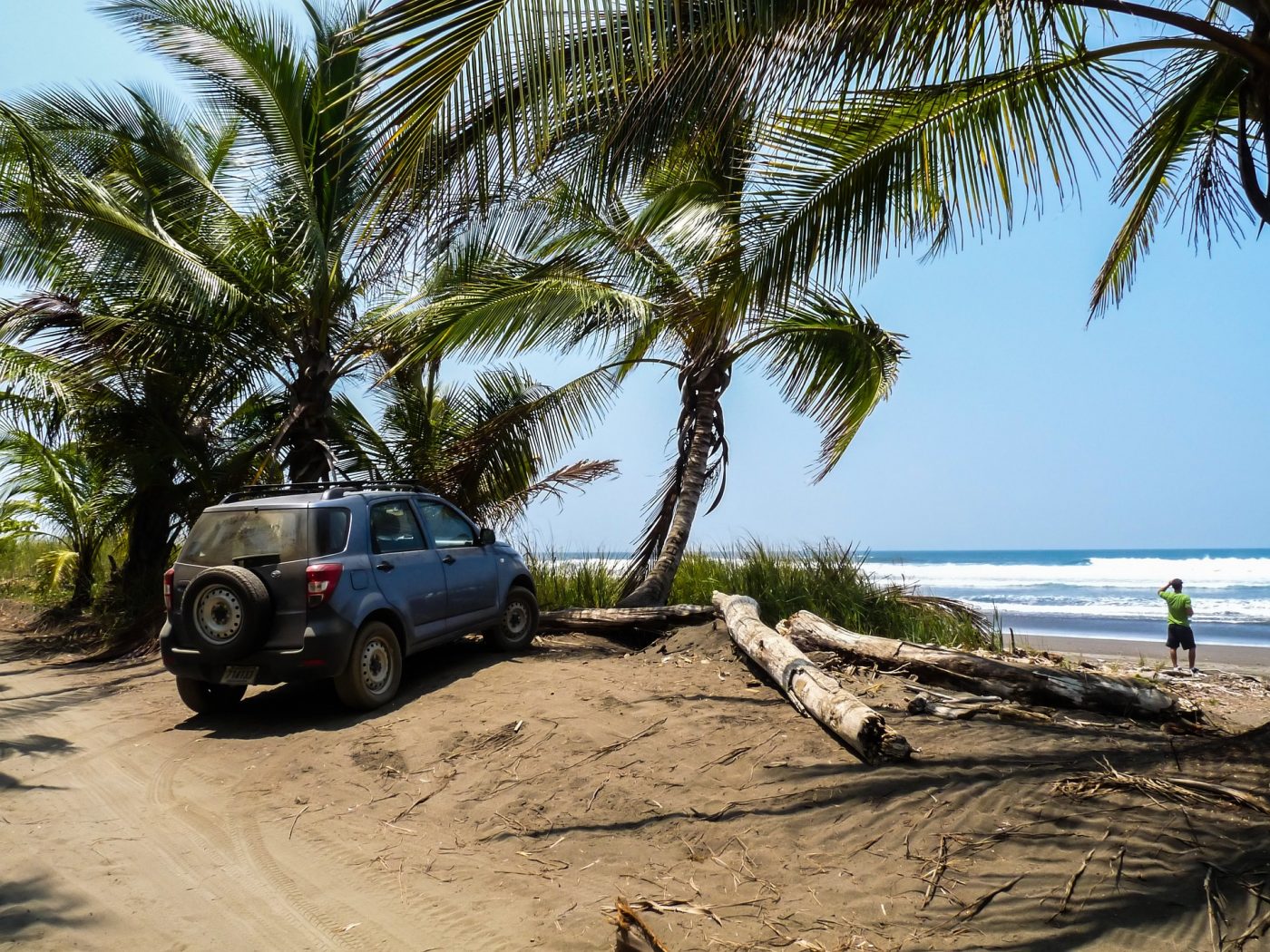 Remember, when looking at the different options for car hire Costa Rica, that third party liability insurance is mandatory but is not included in the quote.

What looks like a really cheap deal at first, may not be as cheap as you first think. You’ll have to add on an extra $15-30 per day for this insurance when you rent a car in Costa Rica.

That is unless you book through Hertz. When you rent a car Costa Rica with Hertz, you’ll be given the total price straight up. All insurance is included in your quote and you pay the final price online when booking.

An economy car with unlimited mileage can be as little as $5 USD per day PLUS $10-15/day of third-party liability.

If you’re traveling with the family, then a standard SUV will give you plenty of space and can range from $20 to $40USD per day. 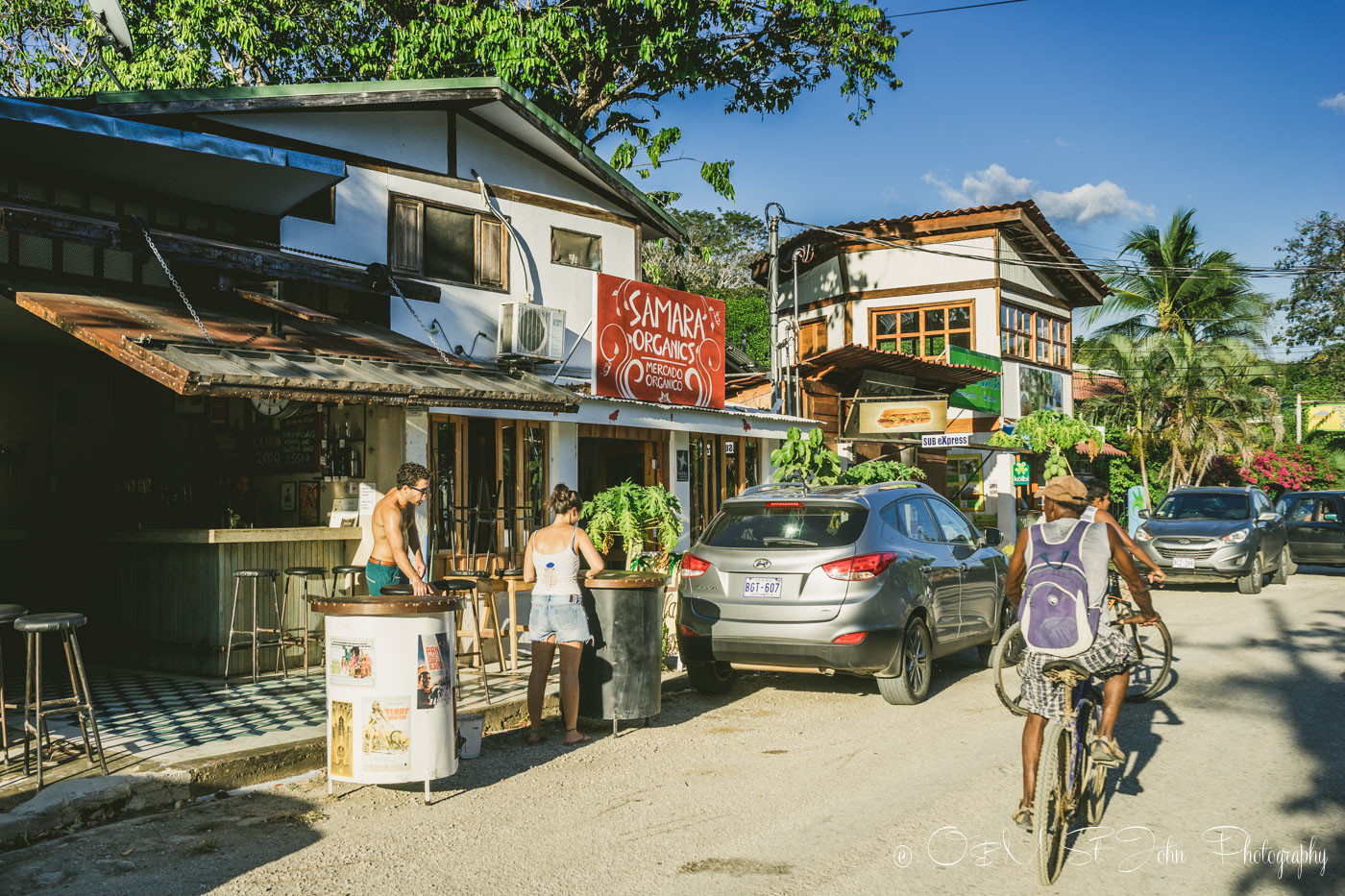 Where to Rent a Car in Costa Rica

Most rental companies will have a car pick up and drop off points throughout the country, namely the airports of San Jose and Liberia.

Bear in mind that the airports are small, so car rental offices are about a mile away. Some companies may offer free transport from the airport to their office, but for others, this will be an extra cost.

Some car hires companies will also have offices in the major towns, including Tamarindo, Jaco, and La Fortuna, where you can pick up or drop off the vehicle.

Here’s the fun part of driving in Costa Rica…there are no road/street names or house numbers! The only exception is in San Jose, but generally, street names and house numbers do not exist which makes for finding places an ‘interesting experience’. 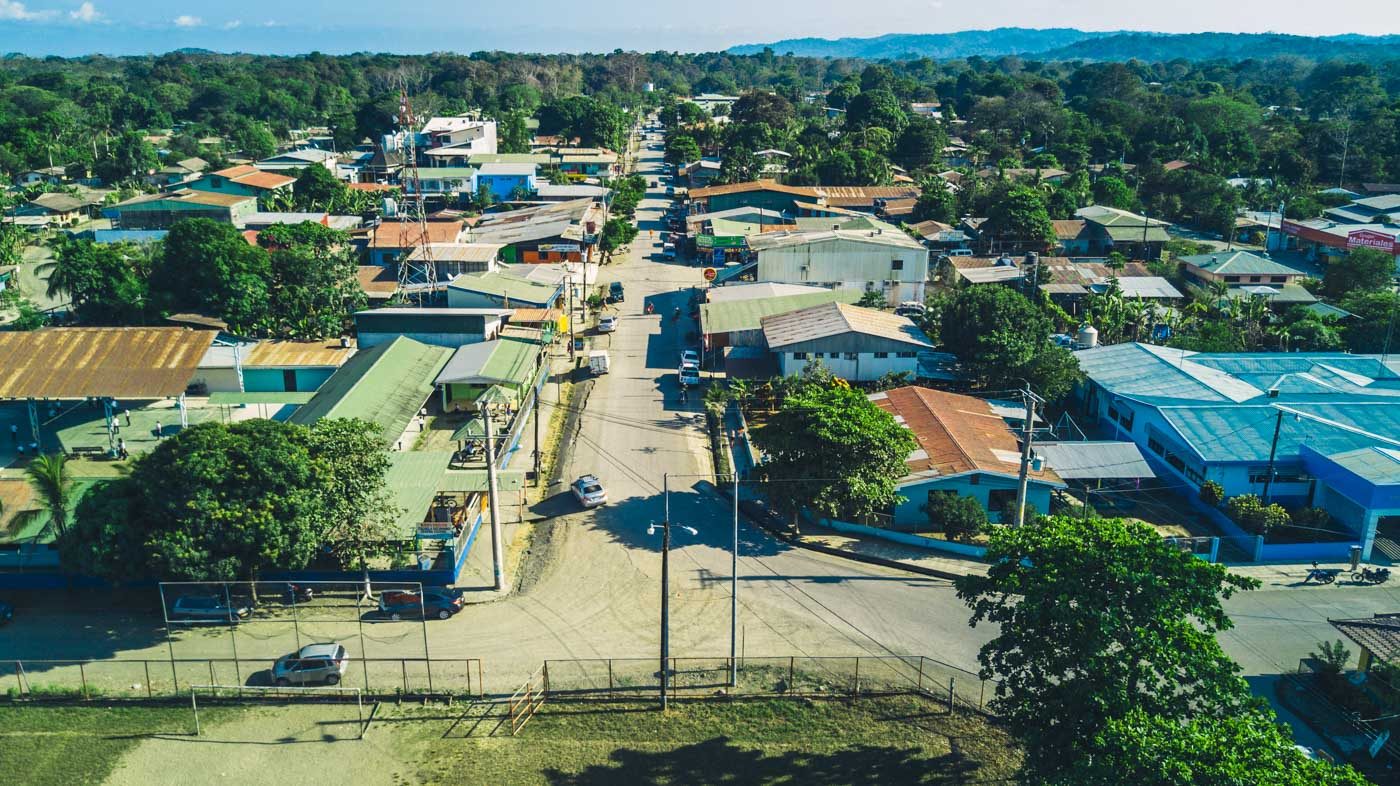 If you ask for directions don’t be surprised to be told something like, “Go 300 meters north of the blue church, 80 meters west, it’s the house before the barking dog with one eye.” Seriously.

Something we don’t recommend. If you can avoid it, don’t drive at night. The roads are poorly lit and if you think dodging potholes during the day is bad enough, it becomes extra dangerous in the dark. 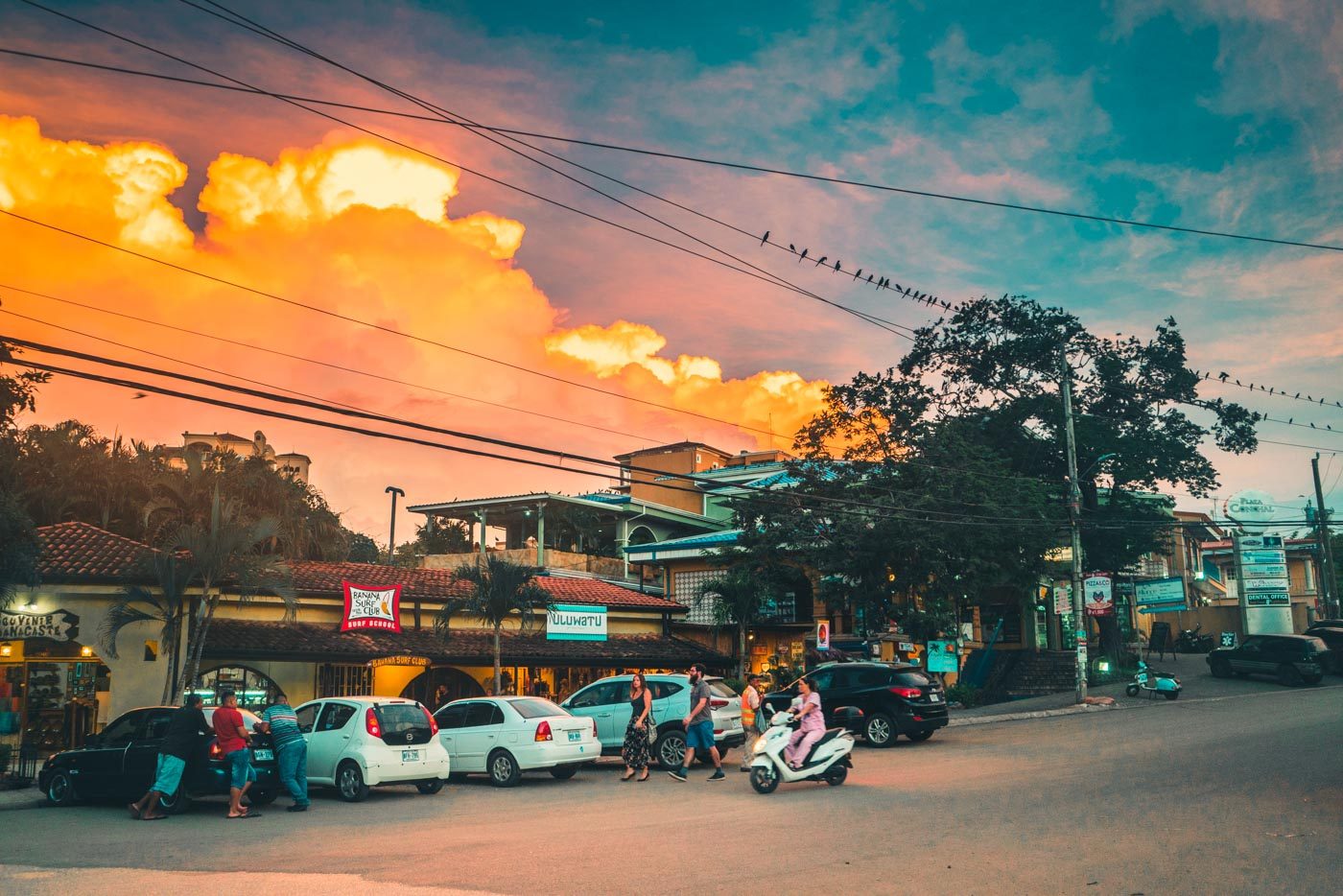 Plus, if you don’t know the roads, they can be very unpredictable with sharp turns and no guard rails. If you do have to travel by night, then don’t be afraid to use your high beams and take it slow.

River crossings may be necessary from time to time. Don’t panic too much, it’s a normal part of driving in Costa Rica and locals will cross rivers on a daily basis. Some of these routes will only be passable during the dry season anyway.

You can check our month by month guide to the best time to visit Costa Rica and avoid the wettest months.

Of course, don’t drive right in! There is some safety measure to take beforehand:

Give Way at Bridge Crossings

While driving in Costa Rica be on the lookout for a sign saying ‘Puente Adelante’ (Bridge Ahead). Most of the bridges are one-lane only and determining who has right of way can be difficult.

If you’re lucky there will be a sign saying Ceda el Paso (Give Way).

Drive Fast on the Beach

In general, driving on the beach in Costa Rica is not allowed. Plus we do not recommend it as it can severely damage the beach and potentially wildlife.

If you are driving on the beach, avoid soft sand and always use 4 wheel drive. Keep a fast-steady speed or you are bound to get stuck in the sand.

Filling up in the cities is cheaper than in the small towns. Plus, once you are on the road, petrol stations in Costa Rica can be hard to come by.

Remember that distances between destinations are long. If you are running low make sure you know where the gas stations are on route. 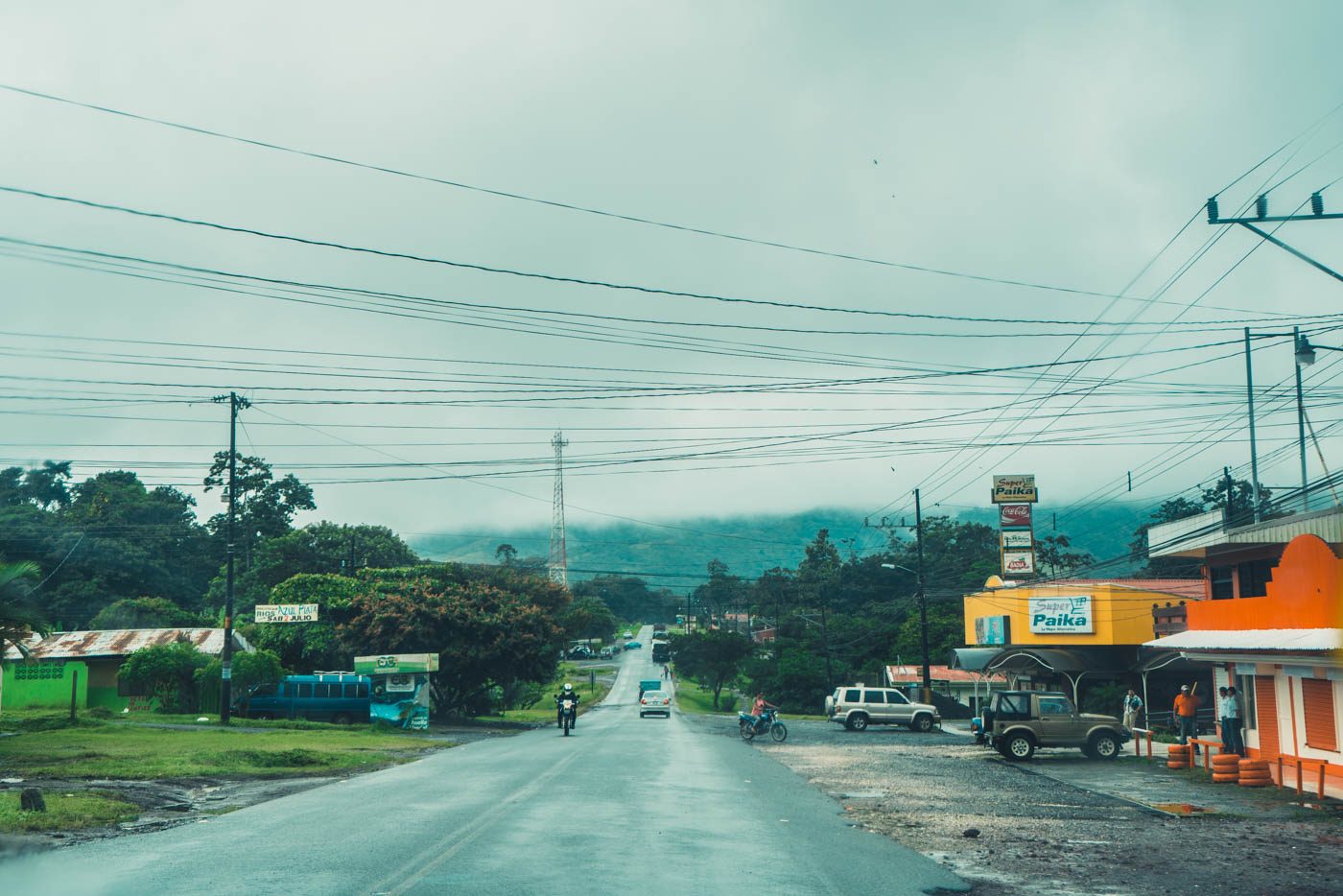 One thing you’ll notice when driving in Costa Rica is that unsafe passing is normal. You’ll see some maneuvers that will leave your stomach in your throat most times.

Passing on curves, on double striped roads, and in areas where visibility is simply impossible is common, even though it is against the law and carries a heavy fine (up to $500)

One nice thing you will encounter though: large trucks will signal to show when it’s clear to pass.

Be Prepared for Checkpoints

There are often random traffic checkpoints by traffic police, and if stopped you will be asked for ID. If you plan on driving in Costa Rica you must have a valid driver’s license from your home country and a valid passport.

You’ll have to show both of these if stopped. Your passport must have a stamp of entry into the country that is not more than three months old.

Be Mindful of Signs (or Lack Thereof)

Be aware that stop signs are not a 4-way stop, so always check before you go. It will really depend on where you’re driving in Costa Rica as to whether you see roads or not.

Tourist area will have them, but if you go off the beaten track (which we certainly recommend!), then it’s less likely and if you do see them, they will be in Spanish.

Don’t Leave Valuable Inside the Car

We know it’s common sense, but it’s worth saying anyway: Don’t ever leave anything of value in your car. Petty theft is common and car robberies are known to happen.

Rental cars are marked as such, and while that is handy to declare to other road users that you’re not savvy with the road rules, it can also be a big neon sign to thieves.

If you are driving in Costa Rica, particularly in San Jose’s slow traffic, be careful not to leave valuables on the seat with the windows open.

Be Mindful of Other Road Users

As we’ve already mentioned the roads are not in great condition and most don’t have sidewalks. Beware that there will be pedestrians walking, people cycling or horse-riding at the sides of the road.

Remember one of the reasons you’re probably in the country is to see the wonderful wildlife and exotic animals of Costa Rica. Be aware that some of that wildlife may wander onto the roads.

The biggest danger on Costa Rican roads is other drivers. It can get a little scary! But, you’ll be fine as long as you stay alert, drive defensively, and err on the side of caution.

In the Event of a Car Accident

If you are unfortunate enough to have an accident while driving in Costa Rica, stay with the vehicle, if it is safe to do so. For serious incidents, call 911 immediately, otherwise, call the car rental company.

Do you have any other tips for driving in Costa Rica?