8 Best Things to do in Kuwait

The small country of Kuwait is an often overlooked destination in the Middle East. While many people head to Jordan or Oman, Kuwait remains one of the world’s hidden gems.

Wedged between Iraq and Saudi Arabia in the northern corner of the Persian Gulf, the Middle Eastern country of Kuwait has remained an oasis for most travelers looking for rich culture and plenty of adventure.

There is much more to Kuwait than just an oil-rich economy. You’ll find a variety of fun things to do in Kuwait. From discovering a different history and culture at the Grand Mosque and Souq Al-Mubarakiya to spending a night under the stars in the desert, these are the top attractions for everyone to visit in Kuwait.

Best Things to Do in Kuwait

As one of the most underrated Middle Eastern countries to visit Kuwait offers plenty to do for first-time visitors. Here are the top must-do activities and best places to visit in Kuwait.

Much of the buzzing activity in the country is centred around Kuwait City. The capital sits around Kuwait Bay on the edge of the Persian Gulf and offers an incredible mix of culture, history and modernity. There are many attractions to visit in Kuwait City, but here are the best:

Considered the iconic landmark representing modern Kuwait, the three Kuwait towers overlook the Persian Gulf. The main tower stands 614 feet high and includes a revolving viewing platform, restaurant and lounge.  On a clear day, the expansive view from the tower stretches across most of the city to the desert.

The entry fee to the Kuwait Towers is relatively affordable at just 3 Kuwaiti Dinar which is around $10 USD. 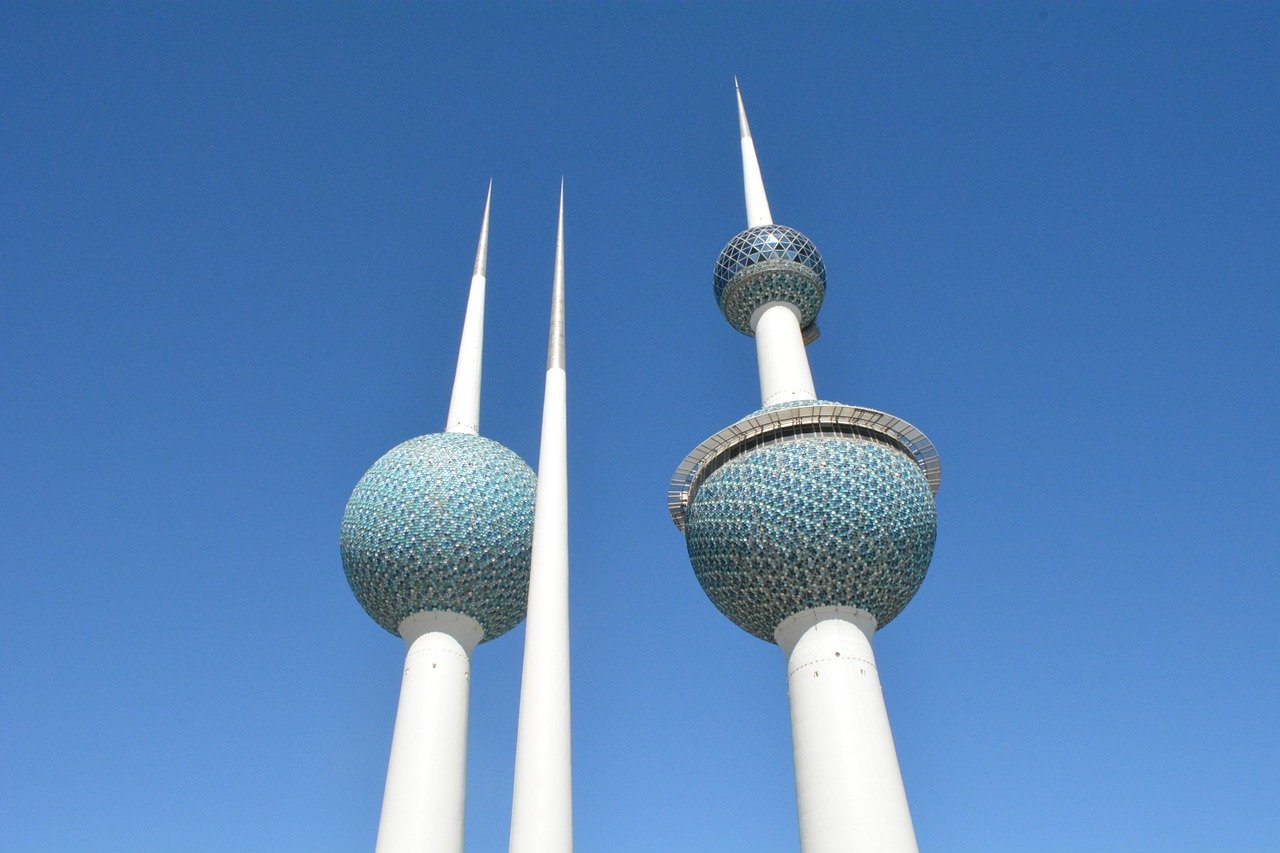 You can easily spend a few hours strolling around the lanes of the Souk al Mubarakiya just a block back from Arabian Gulf St. It’s a bustling part of Kuwait City and one of the oldest markets in Kuwait and is where you can find plenty of traditional Middle Eastern shops.

It’s a great place to hunt for carpets, gold jewelry, Arab antiques and traditional clothing. You’ll also find interesting food, including a range of spices and sweets. It’s definitely one of the best places to visit to grab a souvenir of your trip.

The Grand Mosque is located just up from the market closer to the three towers. As the largest mosque in the country, it’s known across the Gulf for its unique Islamic architecture. The mosque covers an insane 220,000 square feet along Arabian Gulf Street in the Kuwait City center.

A great way to see the Grand Mosque is by joining one of the free guided tours. You should also be aware of the dress code for entry is strict, particularly for women, who will need to wear a headscarf or abayas.

If you’re interested in learning more about history, then the Tareq Rajab Museum is one of the most incredible places to visit in Kuwait. The museum houses around 12,000 pieces of jewelry and more than 30,000 pieces of Islamic art ranging from ceramics to musical instruments.

It’s located in the Jabriya area of the city, southeast of the city center.

Just south of the Kuwait Towers, you’ll find this long stretch of green space known as Al Shaheed Park. This is a local favourite spot and the largest urban park area.

It’s great for walking or jogging and is also home to a museum, botanical gardens and restaurants. 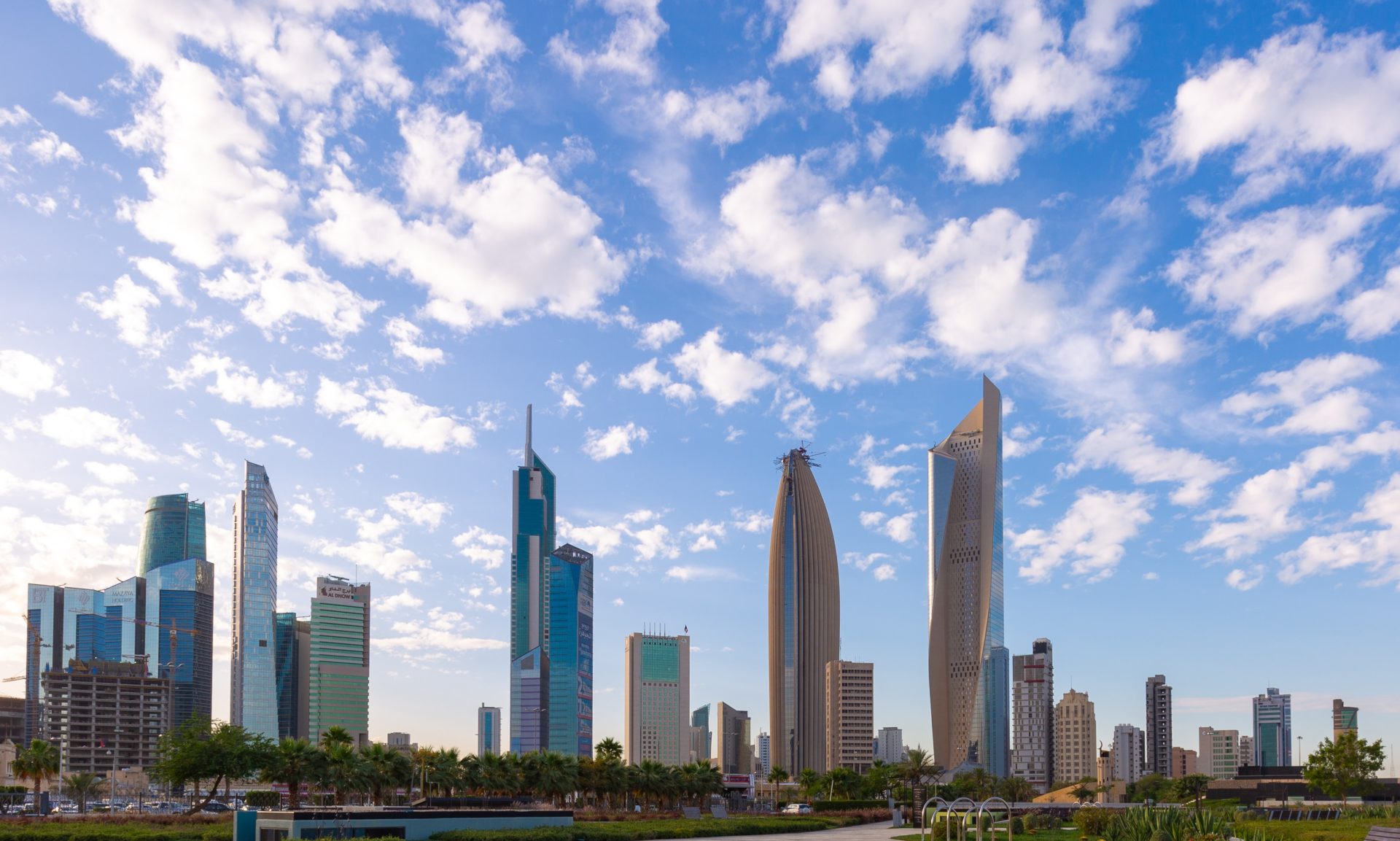 The Gulf countries are well known for their glitz and glamour and there’s no shortage of that in the country’s largest shopping mall. The Avenues has over 1000 shops with almost every brand you can imagine, from British to American brands and more traditional Middle Eastern shops. You can easily enjoy many hours of shopping at the Avenues Mall.

But there are also plenty of other shopping malls to explore, with the upscale Marina Mall another local favourite closer to the city center.

If you want to get out of the city, then there are some fun things to do in Kuwait away from the urban center. If you have time, check out the following attractions in Kuwait. 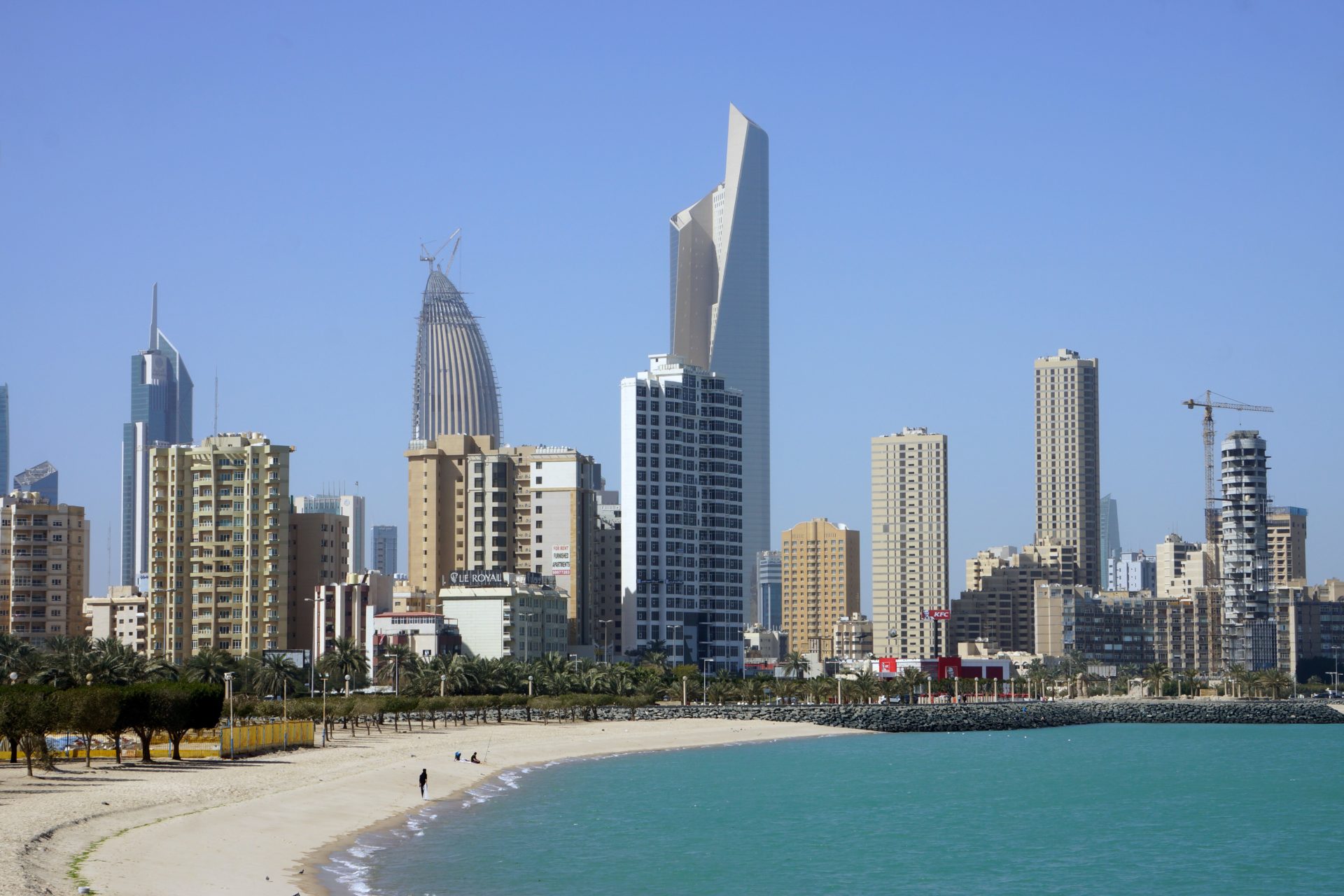 One of the best day trips is to Failaka Island. This tiny island is just an hour’s ferry ride from Kuwait City. The island is full of history and is a great spot to explore for the day.

The island was settled around 2000 BC by the Mesopotamians and was the country’s longest continuously inhabited location until the Gulf War. After the Iraqi invasion, the residents of this island moved to the mainland, so you’ll only find remnants of the once-thriving settlements. Because of this, it’s become an open-air monument dedicated to the impacts of war.

A desert safari can be enjoyed either by camel or by quad biking, depending on the speed you want to travel. If you have the time, the chance to spend the night out under the stars is certainly one of the most memorable experiences. However, due to the extreme climate, these kinds of trips are only offered from November until March. 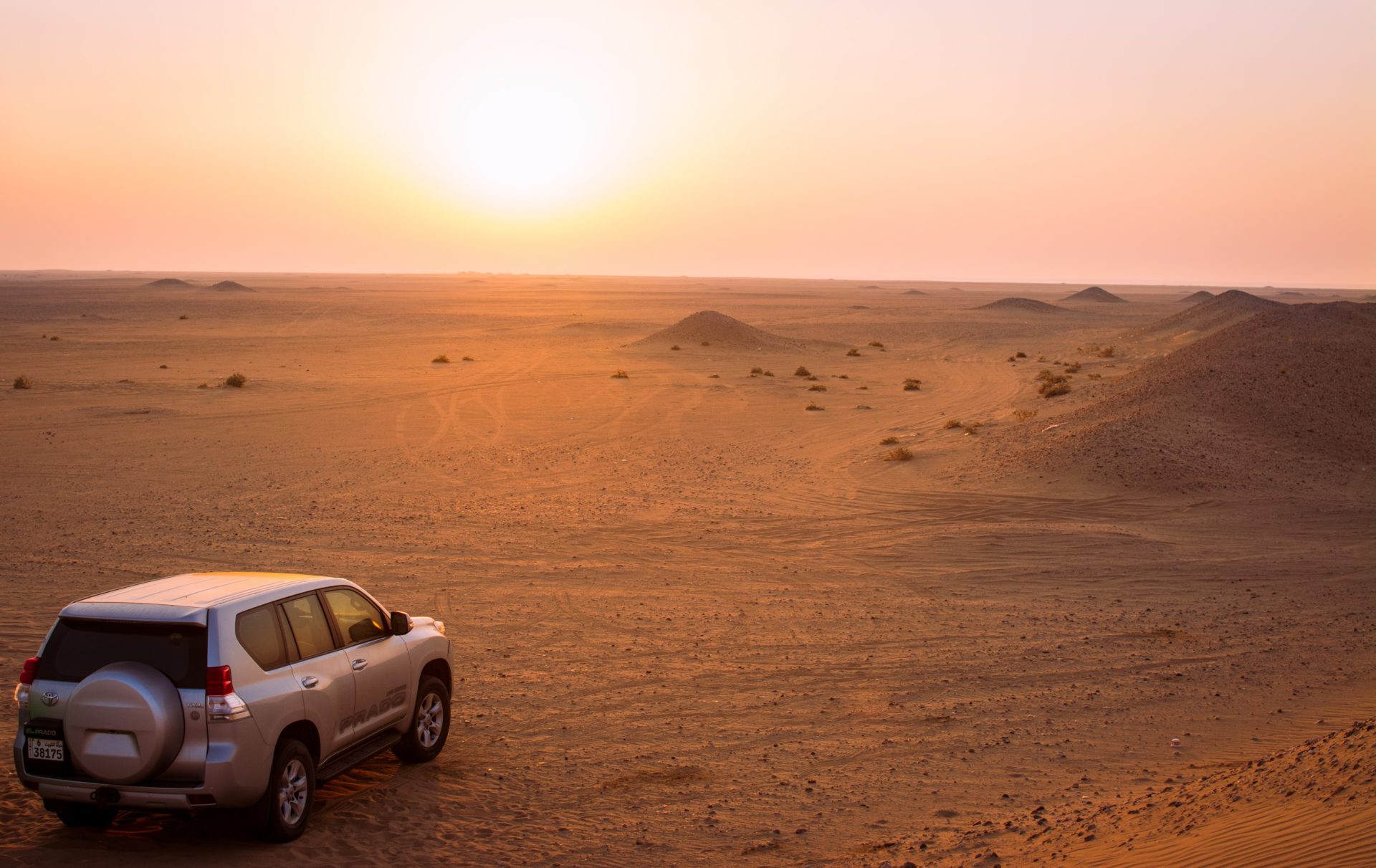 How to get to Kuwait

Kuwait International Airport is located just on the edge of Kuwait City. You’ll find international flights to many destinations operating to/from this airport.

Most nationalities, including US citizens, need a visa to enter Kuwait. It’s a very straightforward process and is best done through the online e-visa platform.

How to get around Kuwait

While there is a public bus network, the most efficient way of getting around the city is by taxi. This is the easiest form of transport and can easily get you from one attraction to the next.

In fact, taxis often have a flat rate for a city tour or day trip, so it can be convenient to hire a driver for the whole day.

This post was written by a guest contributor. Please see their details in the post above. If you'd like to guest post for Drink Tea & Travel, please read our submission guidelines. For information on advertising opportunities, please email us at contact(a)drinkteatravel(dot)com