A trip to Italy is a frequent choice for many travelers. Looking at Italy from the outside, we romanticize about Italian culture, the ancient ruins of the Coliseum, the wine regions of Tuscany, the glitz and glamour of Milan’s fashion, and the jaw-dropping views of the Amalfi Coast, Italy.

The Amalfi Coast cities have been a popular destination for thousands of travelers, attracted to the towns along the coastline not only for the breathtaking postcard views but for their rich cultural significance. From the first day, you’ll find no shortage of things to do in Amalfi Coast.

The best way to experience the Amalfi Coast towns is by hiring a car in Naples and traveling down the coast to Amalfi, stopping in Pompeii, Sorento, and Positano along the way. Give yourself enough time, at least 4-5 days, as driving the Amalfi Coast offers a number of opportunities to experience Italian culture, including ancient architecture, modern arts, and traditional Camparian cuisine.

Ditch the car. The traffic in Naples is dreadful, so save yourself from the imminent road rage and choose to explore on foot.

Start at the historic centre, a UNESCO World Heritage Site that boasts over 400 historical and monumental churches. Naples is a vibrant city that has retained a lot of its original culture within the historic centre. Explore every street with curiosity, an open mind, and attention to detail, and you’ll be amazed by the accurate reflection of Naples character in the graffiti art lining the streets.

Naples is not just another picturesque Italian town, as its struggles with crime, pollution, and poverty are overt and real, causing many travelers to feel uneasy in this city, once known as the “Paris of the South.”

If you’re truly interested in exploring Naples’ culture on your Amalfi Coast holidays, there’s a guided walking tour of the Fontanelle Cemetery and Rione Sanita. 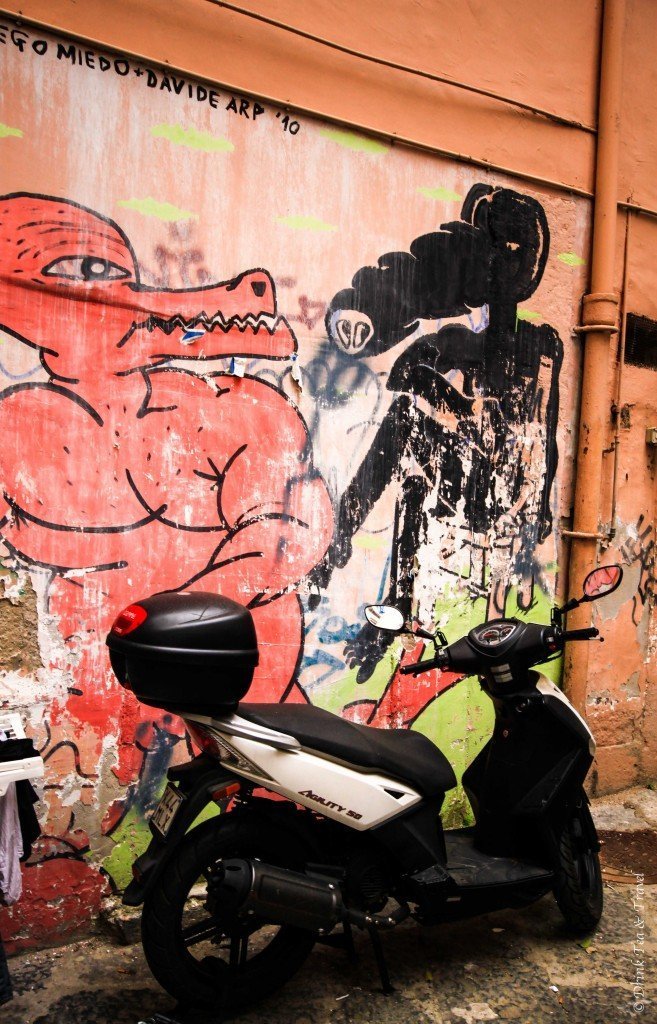 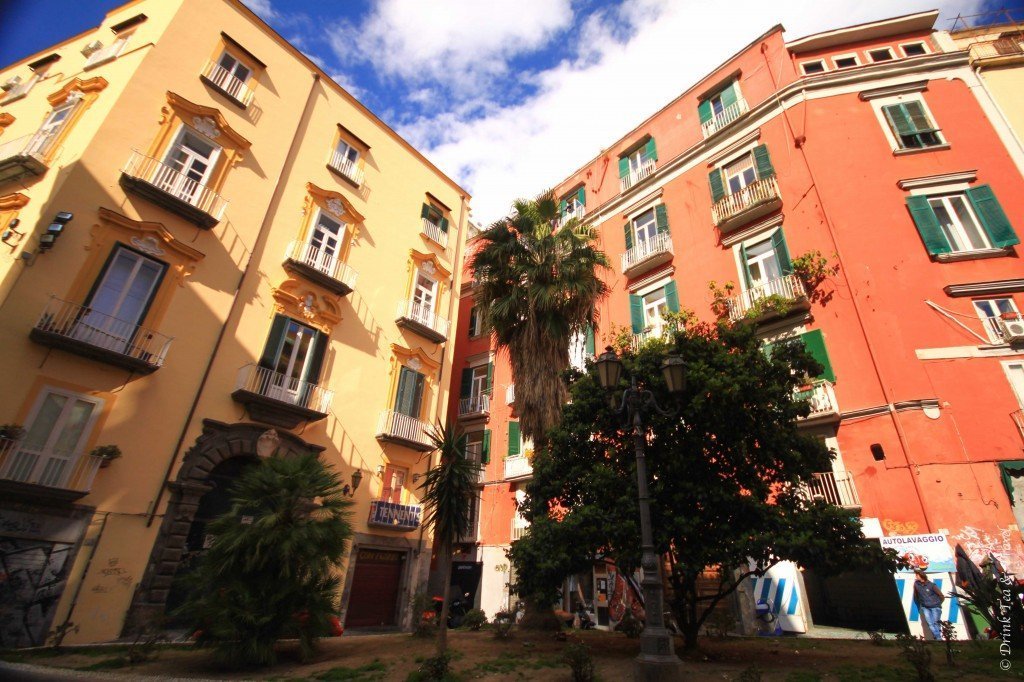 No stay in Naples is complete without an adventure into a Napoletana Pizzeria. Luckily, you don’t have to search hard to find authentic options. Every restaurant makes a great pizza! Some label it as “Vera Pizza Napoletana” (True Neapolitan Pizza), others just refer to it as “Pizza Margherita.”  For the best cultural experience, look for a restaurant with no tourists! As the rule of thumb goes, if the place is good enough for the locals, it’ll be good enough for you. 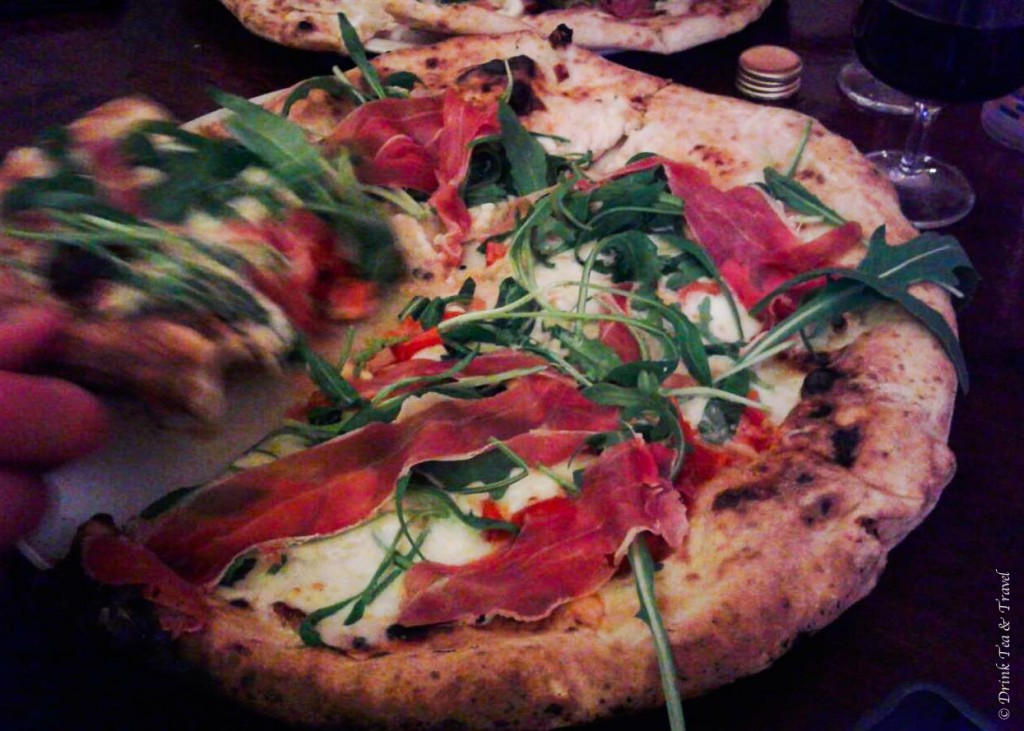 From Naples, follow the A3 motorway South towards one of the most well-known Amalfi Coast towns, Pompeii, passing by Mt. Vesuvius, a volcano about 9 km east of Naples. It was the eruption of this volcano back in AD 79 that buried the city of Pompeii in ash, killing all of its residents.

Pompeii, which was first rediscovered in 1599 and later again in 1748, is now a UNESCO World Heritage Site and one of the most important historical and cultural sights in Italy. It is said that the excavation of Pompeii has had a strong cultural influence, not only in Italy but also in the greater Europe. Designers, architects, and many artists have drawn inspiration from the ruins of Pompeii.

Pompeii is a fascinating site that allows you to literally step back in time; it’s a must-see while you look for things to do in Amalfi Coast. Walking down the maze-like cobblestone streets of ancient Pompeii immerses you in the life of ancient Roman civilization.

You can explore the insides of houses, admire decorative frescoes on the walls, or check out the remains of temples, baths, Basilicas, theatres, and brothels. It takes hours to get around Pompeii, so make sure to leave yourself enough time for this leg of the trip.

If you would like to learn as much as you can while you’re there, there’s a tour of the remains that are guided by an archeologist. 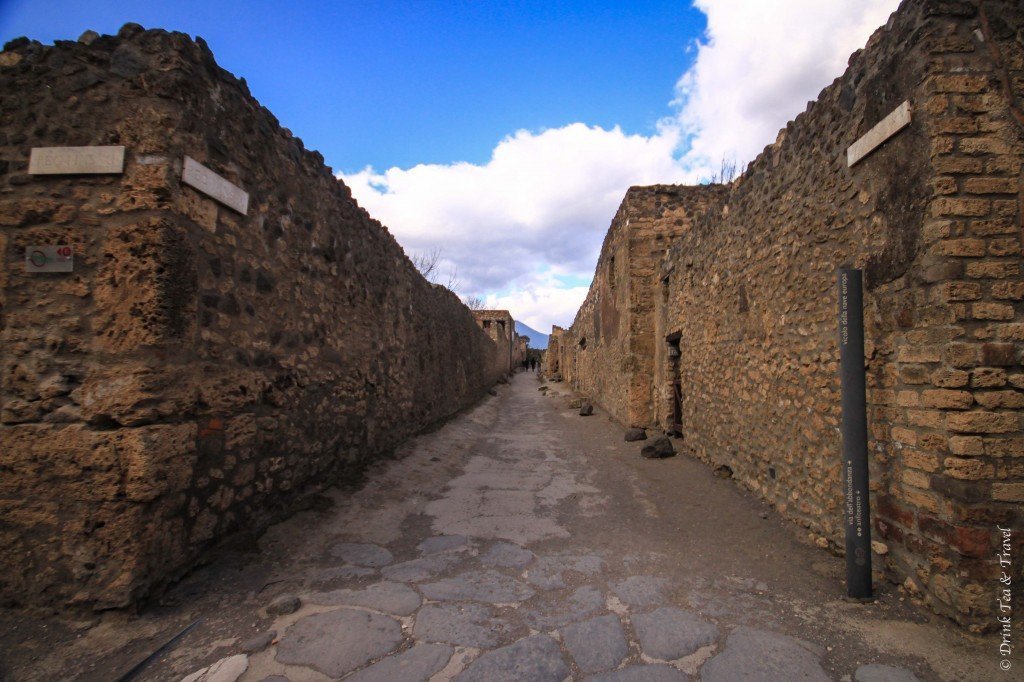 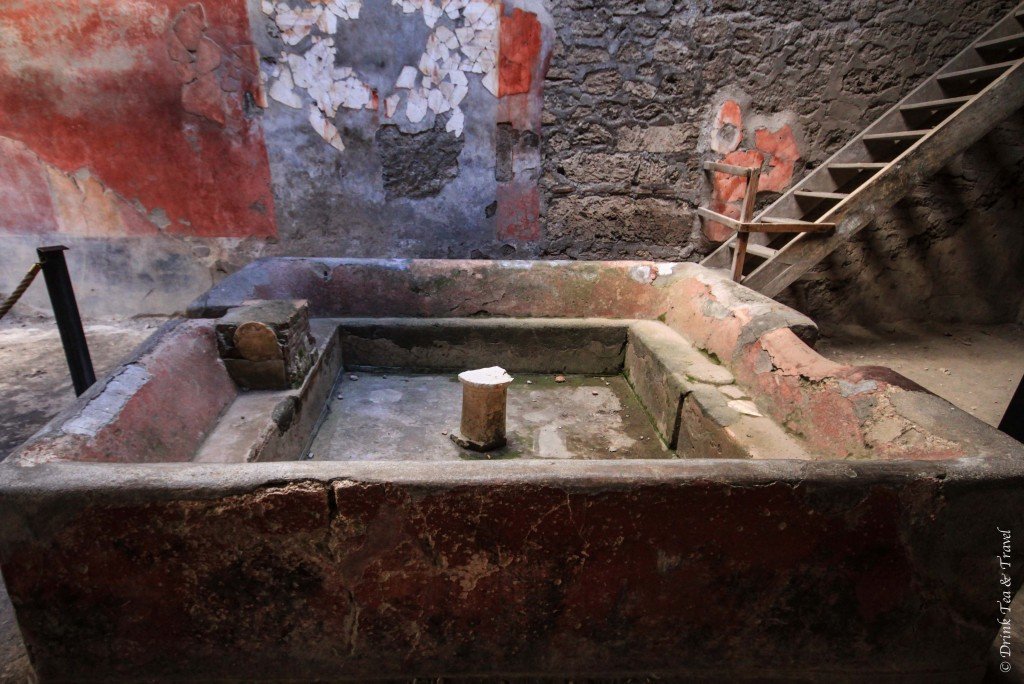 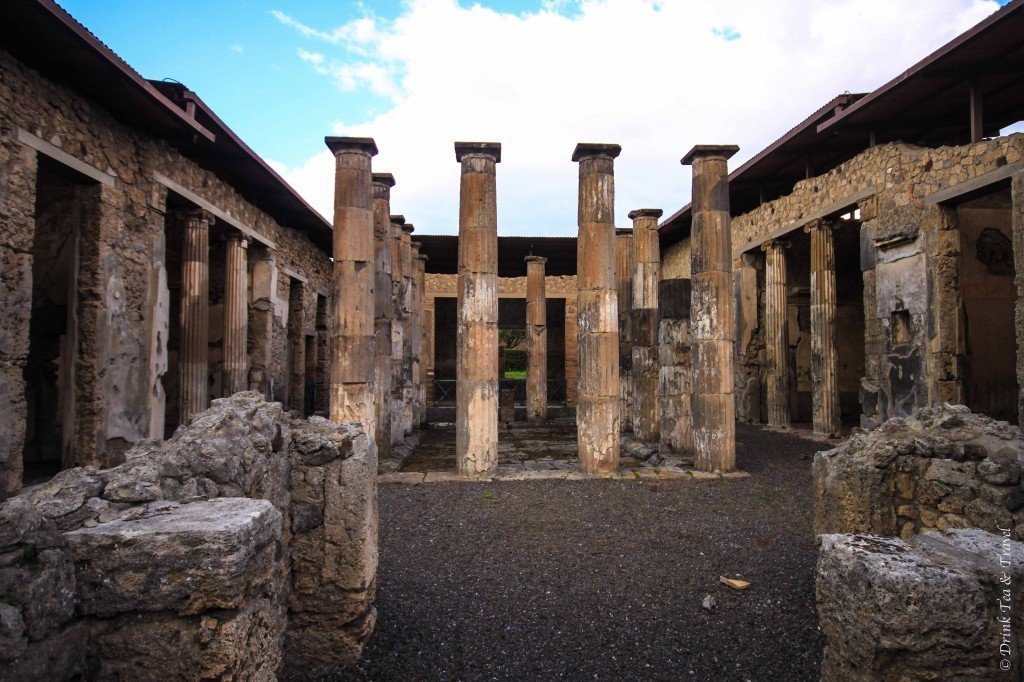 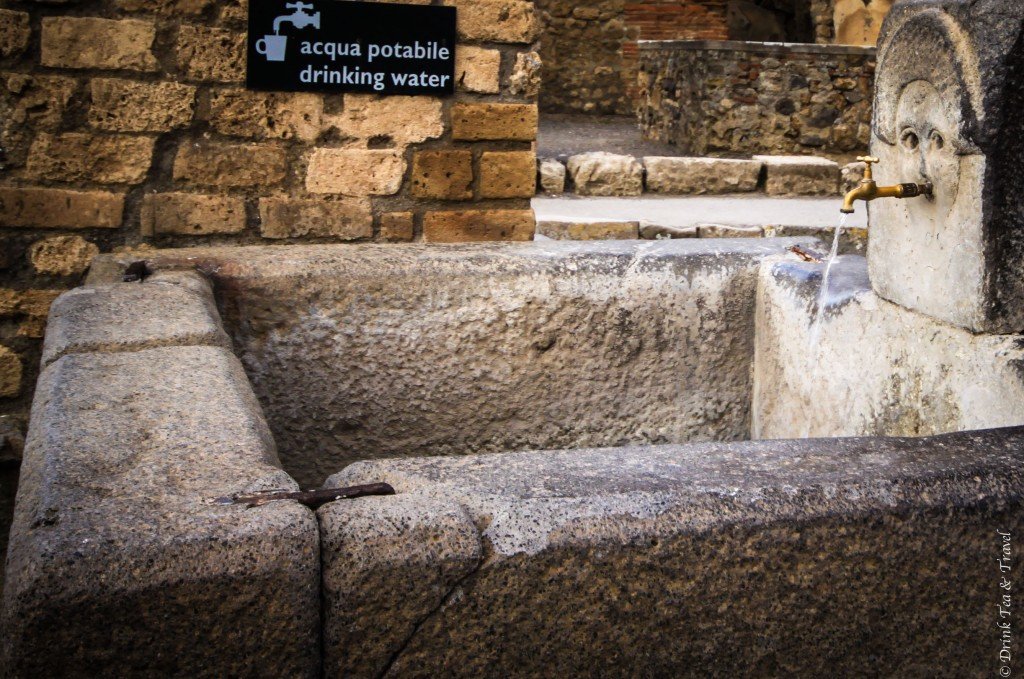 Traveling south from Pompeii towards Sorrento as you’re driving the Amalfi Coast, you’ll have a chance to admire incredible views of Sorrento’s beautiful limestone buildings, perched up on the high cliffs above the Tyrrhenian Sea.

Be sure to stop along the way and take in the views as you please – another benefit of road tripping! If you really want to take advantage of the scenery, then you can add a guided hike of the Path of the Gods to your Amalfi Coast itinerary. 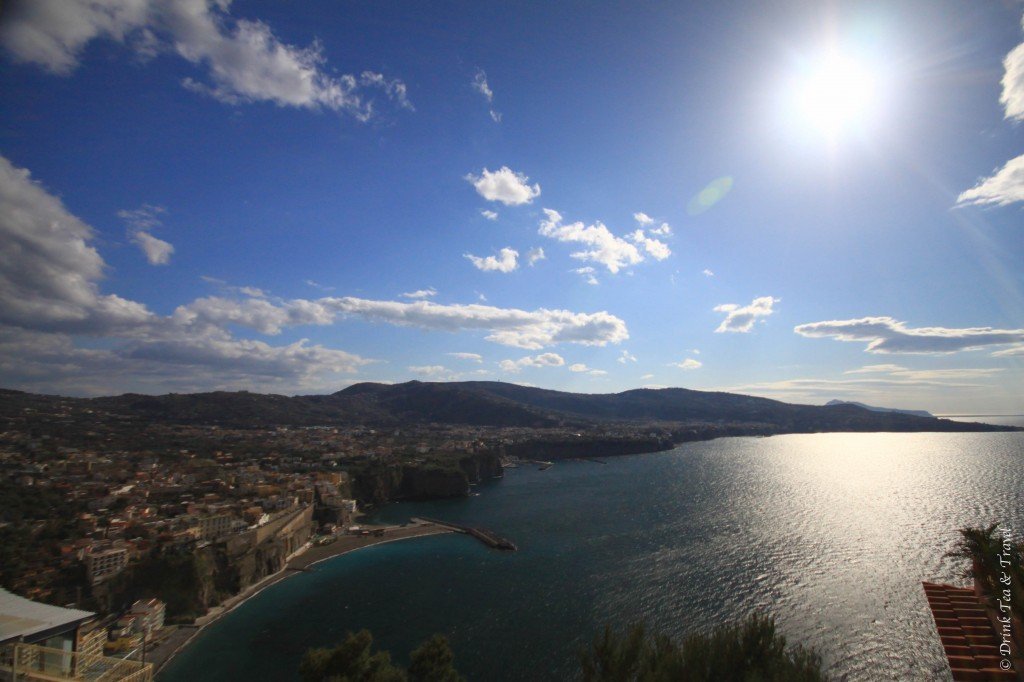 Exploring Sorrento is best done on foot. Strolling from one side of town to another will take you 1-2 hours, but we would advise that you give yourself at least 1 day to properly explore Sorrento’s culture. The old section of Sorrento is great for getting lost in the narrow alleyways and stopping in small shops along Via San Cesareo.

One of the most unique cultural experiences you can have in Sorrento is indulging in lemons! Yes, that’s right! Sorrento is surrounded by lemon terraces and lemons are harvested here year-round.

You’ll find lemons in a lot of local dishes, from mains to desserts and, most importantly, in traditional Italian lemon liqueur – Limoncello. Produced mainly in Southern Italy, this unique, zesty sweet liquor is traditionally served as an after-dinner digestive. Any restaurant in Sorrento will have Limoncello on the menu, so give it a try and make sure to bring lots back for friends and family – it’s dirt cheap and makes for a great souvenir!

Your next stop along the coast is Positano, known as the most picturesque town along the Amalfi Coast, Italy. Its vibrant pink, orange, and yellow buildings add contrast to the blue waters, creating surreal postcard views.

Positano’s roads run from the top of the hills down to the beach with plenty of stairways along the way. There isn’t really too much to do in Positano, other than explore the narrow alleyways, peek into luxury boutiques, or unwind with a cup of tea or coffee and a slice of lemon cake in one of Positano’s many restaurants. 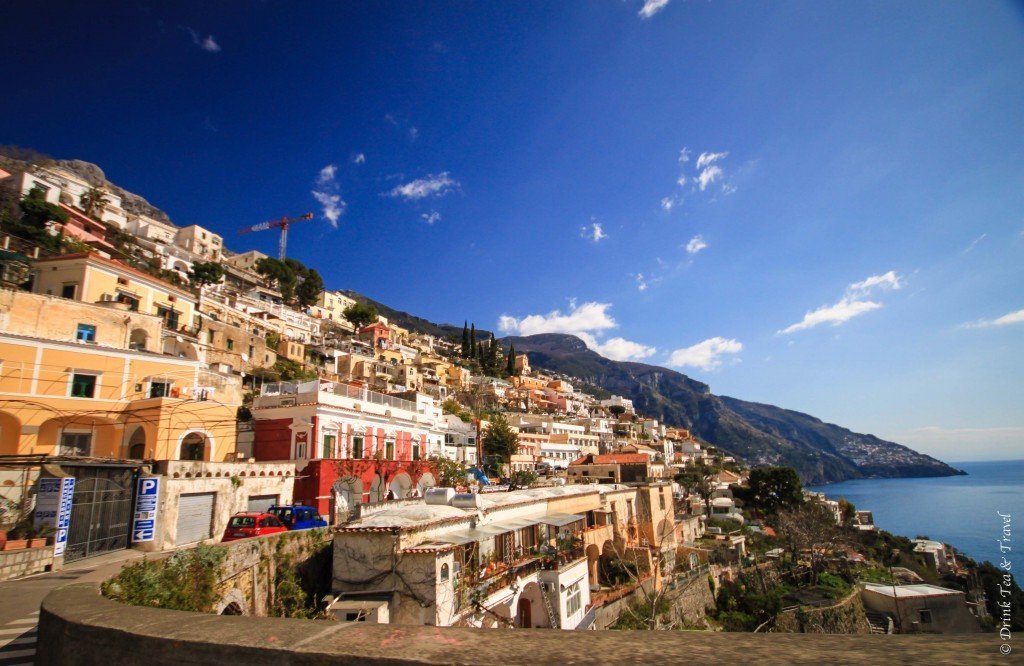 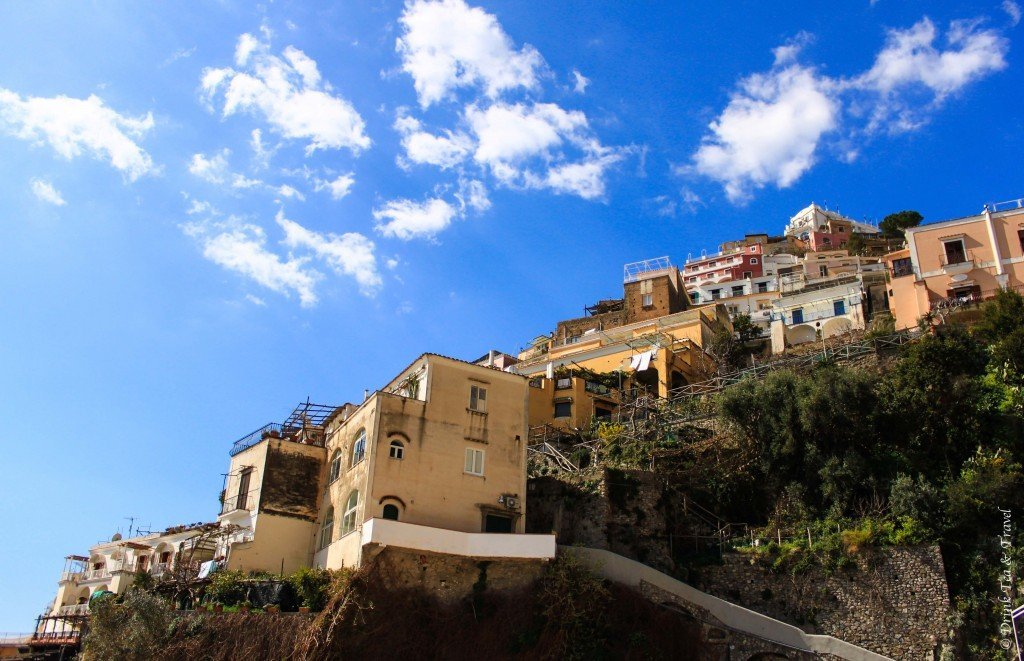 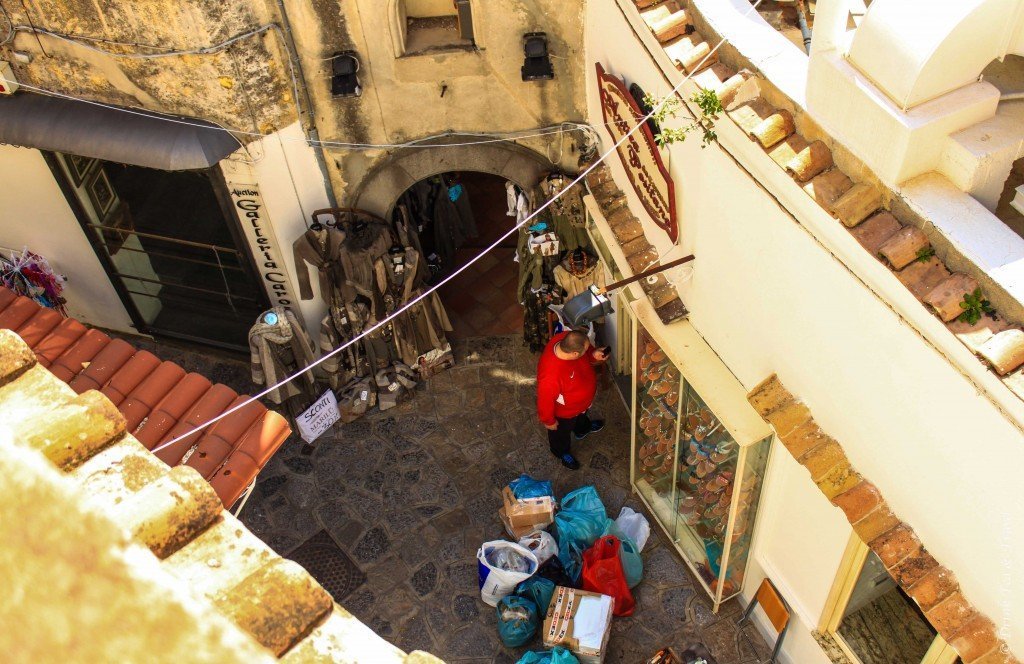 Beach bums may enjoy checking out Fornillo Beach, located just a short walk away from Positano Harbour. This 300 metre (328 yards)long beach is one of the largest on the Amalfi Coast and one of the most glamorous, too. It’s a lot less crowded than the main beach in Positano and thus attracts a great crowd of the rich and the famous.

Continue your drive along the Amalfi Coast to reach the town of Amalfi. Amalfi is the main town of the Amalfi Coast and on a regular day is quite similar to the other towns along the coast, though you can take a private walking tour of the surrounding villages and scenery.

There are, however, 3 cultural events that set it apart from the other towns and attract thousands of visitors on a yearly basis. They are:

Your last stop on the Amalfi Coast is Salerno. Salerno is not the most popular town on the coast, but that’s exactly the appeal! The lack of tourist crowds means lower prices and a more authentic feel. The streets of Salerno aren’t lined with shops selling lemons and restaurants serving lemon cakes; instead, you have an opportunity to observe real Italian culture and true life on the Amalfi Coast, Italy.

A guided walking tour of some of the city’s highlights would be a great addition to your Amalfi Coast itinerary, and it’s a perfect way to end your trip along the coast!

Where to Stay in Amalfi Coast

Along the Amalfi Coast, hotels aren’t exactly in short supply, but we do have some recommendations. After all, if you’re looking to plan any tours of Amalfi Coast, beaches and local attractions are probably pretty important. 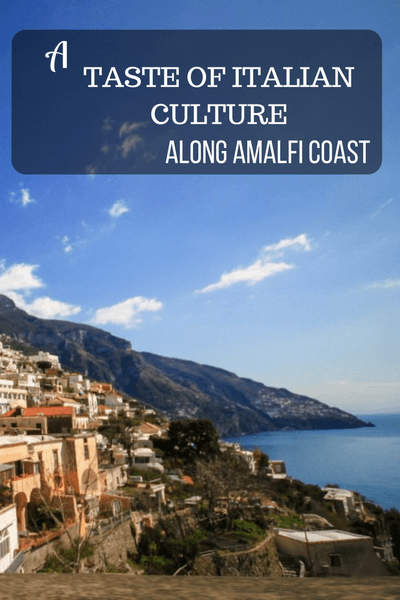