March Of The Penguins And The Roar Of Sea Lions In Punta Arenas, Chile

Punta Arenas may not be the most fascinating town in Chile, but it serves as a great getaway to Southern Patagonia. The town is a major transportation and economic hub of the region, offering everything you might need during your time in this part of the country.

Getting to Punta Arenas

The most convenient way to get to Punta Arenas is by air. LATAM Airlines and Chile’s low-cost alternative Sky Airline fly into Punta Arenas daily from Santiago and Puerto Montt. Tickets range from $40-$80 USD.

Punta Arenas is small enough to explore on foot, as long as you stay in the town center. Shops, restaurants, as well as tourist agencies, Comapa, and Solo Expeditions are located a few blocks away from the main town square.

Aside from some shopping, a nice looking center square, a lookout, and a couple of good restaurants, the town of Punta Arenas itself don’t offer much in terms of sightseeing. But those looking for things to do in Punta Arenas and willing to venture outside of town will come face-to-face with the rugged and desolate environment of the Magellanic region. 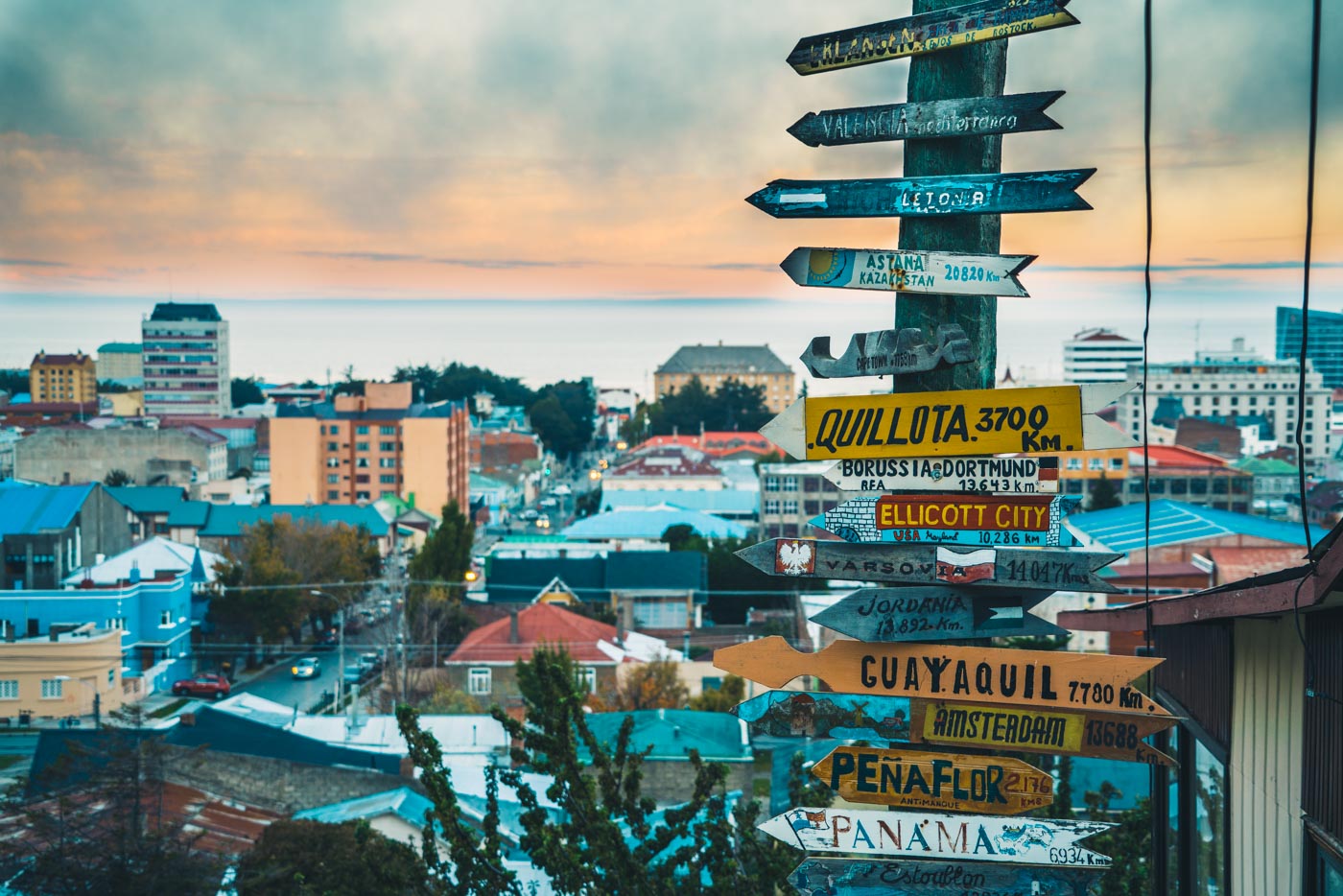 It is here in the Strait of Magellan, on Isla Magdalena, that you can take a Punta Arenas penguin tour to find a large colony of Magellanic penguins.

Those looking to get an up-close look at happy feet can reach the Isla Magdalena in one of two ways.

In the summer, December-February, Isla Magdalena can be reached by Tourism Comapa ferry. It’s a long 2-hour journey from Punta Arenas with an hour-long stop on the island. Each ferry can fit up to 200 passengers so while the trip is reasonably affordable (CH$30,000), it is anything but secluded.

This Punta Arenas penguin tour runs well into March and will be the only option to visit the penguin colony for those that are visiting the region in the shoulder season as we did.

The tour runs a private boat suitable for up to 70 people and visits Isla Magdalena as well as the nearby Isla Marta giving its guests a chance to also see sea lions during their visit.

The Solo Expeditions tour was pricey (CH$60,000/person) but in our opinion was totally worth it. A 30 min bus ride and a comfortable 45-min boat ride later, we stepped foot off the boat and found ourselves among the adorable Magellan penguins. 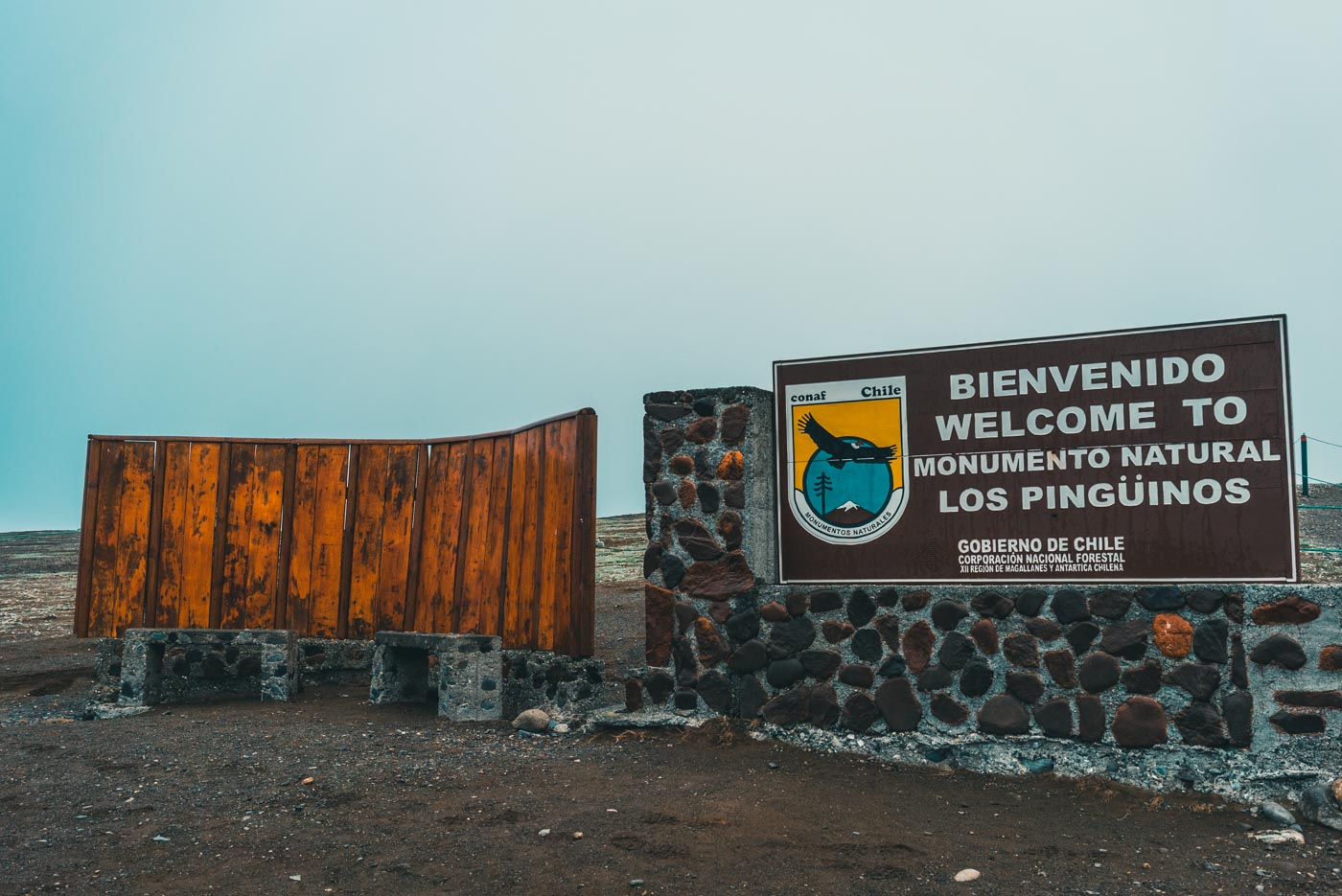 In the peak of mating season, the island plays host to over 60,000 couples of Patagonia penguins. They migrate to Isla Magdalena, Punta Arenas from Southern Brazil, Uruguay, and the Peru coast, some traveling for up to 75 days before reaching the island.

They lay eggs shortly after arrival and welcome their chicks 65 days later, sometime around mid-December. Over the next 2 months, the chicks grow and gain strength under the close supervision of their parents. The young grow their feathers and are usually the first ones to leave their nests and the island right around mid-February.

By March, the colony subsides, and by late March only a few thousand couples remain on Isla Magdalena. 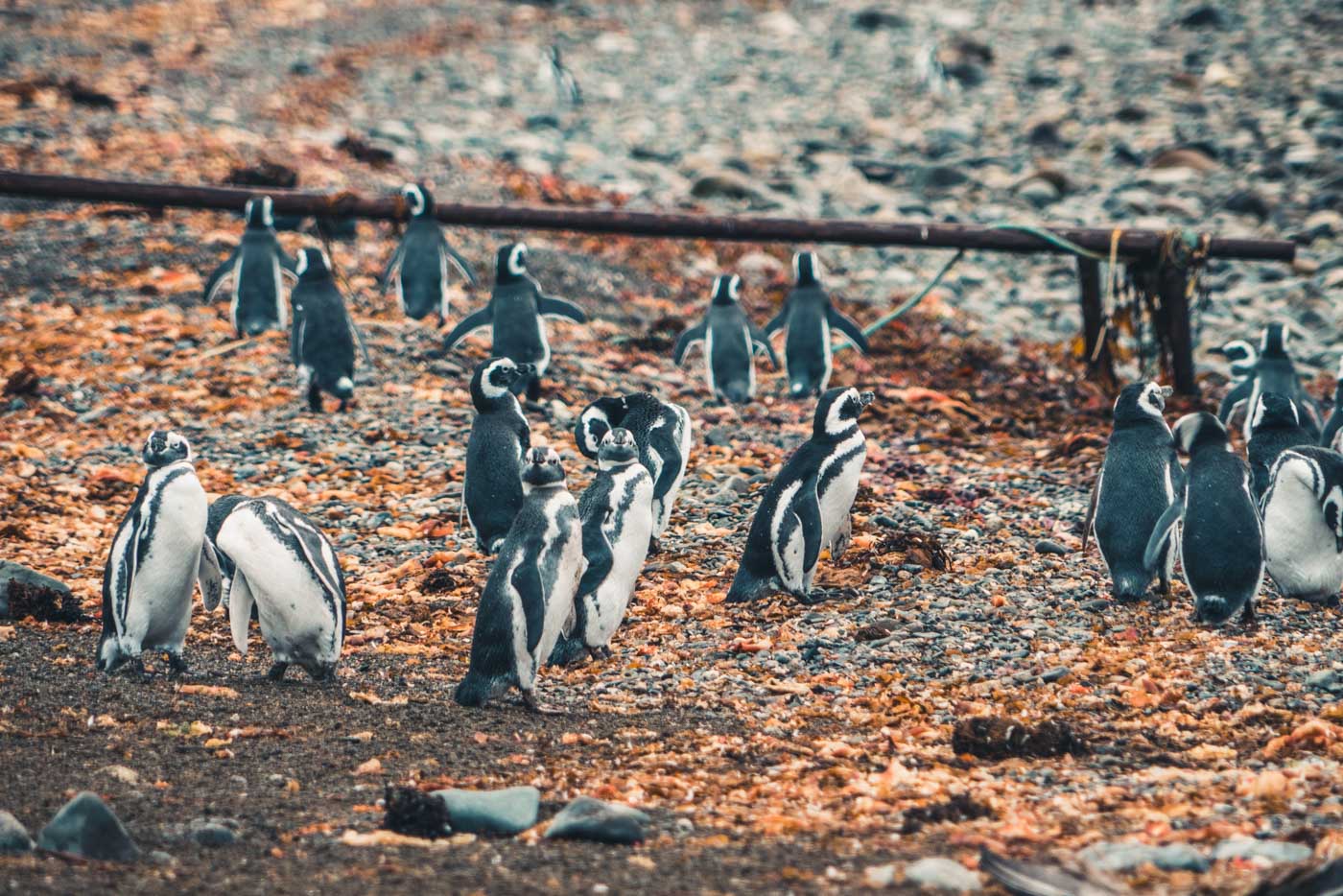 What was left of the Penguin colony on Isla MagdalenaThe low numbers of penguins were matched by a small number of visitors on our tour (we were maybe 20-30 people at most), giving everyone plenty of 1-on-1 time with the Patagonia penguins.

We walked around the roped-off path around the island watching the penguins go about their daily lives. They swam in the frigid waters, cleaned and set up their nests, and spent a whole lot of time just being cute and curious, completely unphased by our presence. 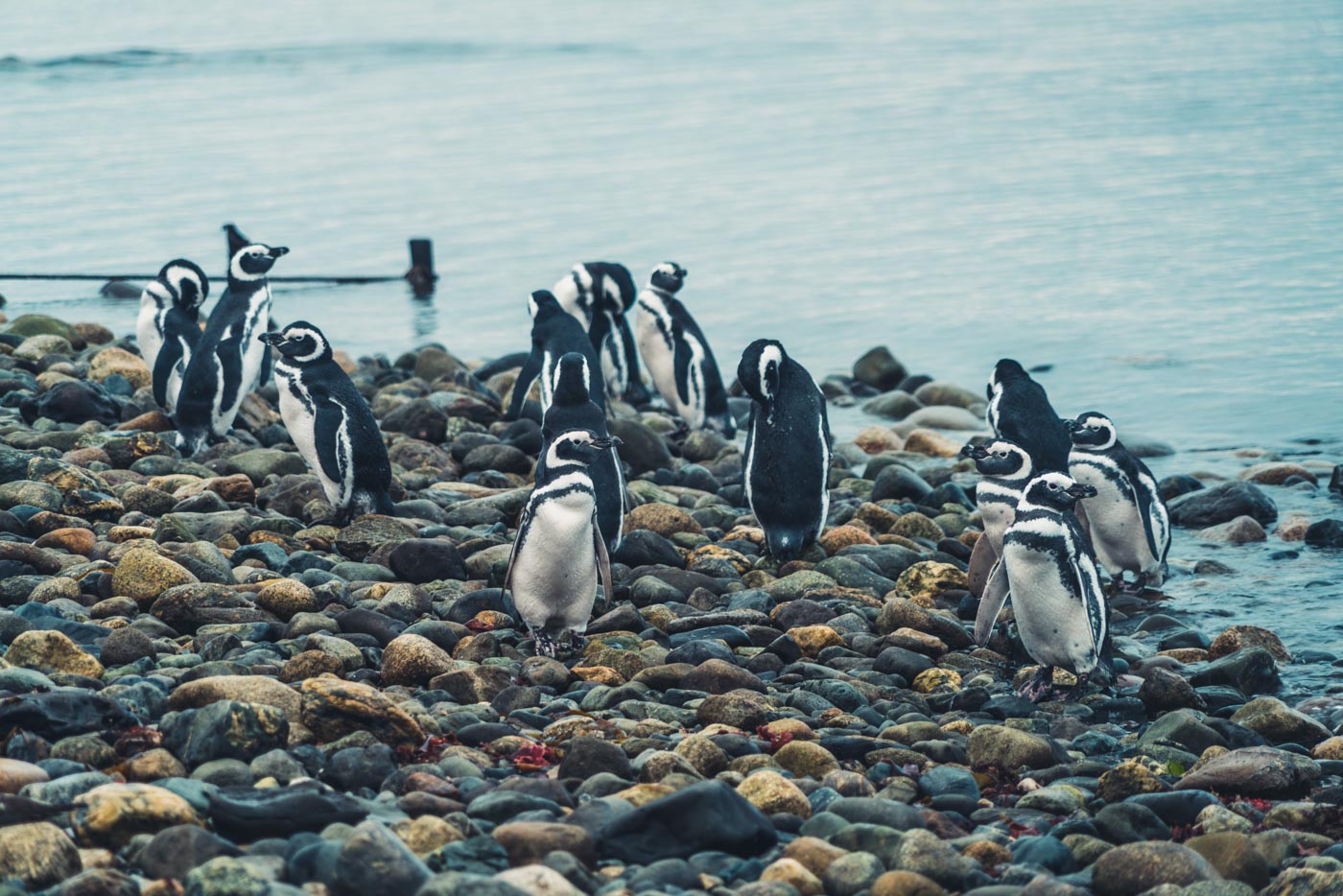 An hour was plenty of time to walk around Isla Magdalena, Punta Arenas and get a solid dose of penguin cuteness. And after a little tea and coffee break back on the boat, we set off for Isla Marta, home to South American sea lions.

If you have never seen a sea lion in the wild before, get ready for a rude awakening. As the boat pulled up near the island (we did not disembark here), a loud roar interrupted all chatter inside. 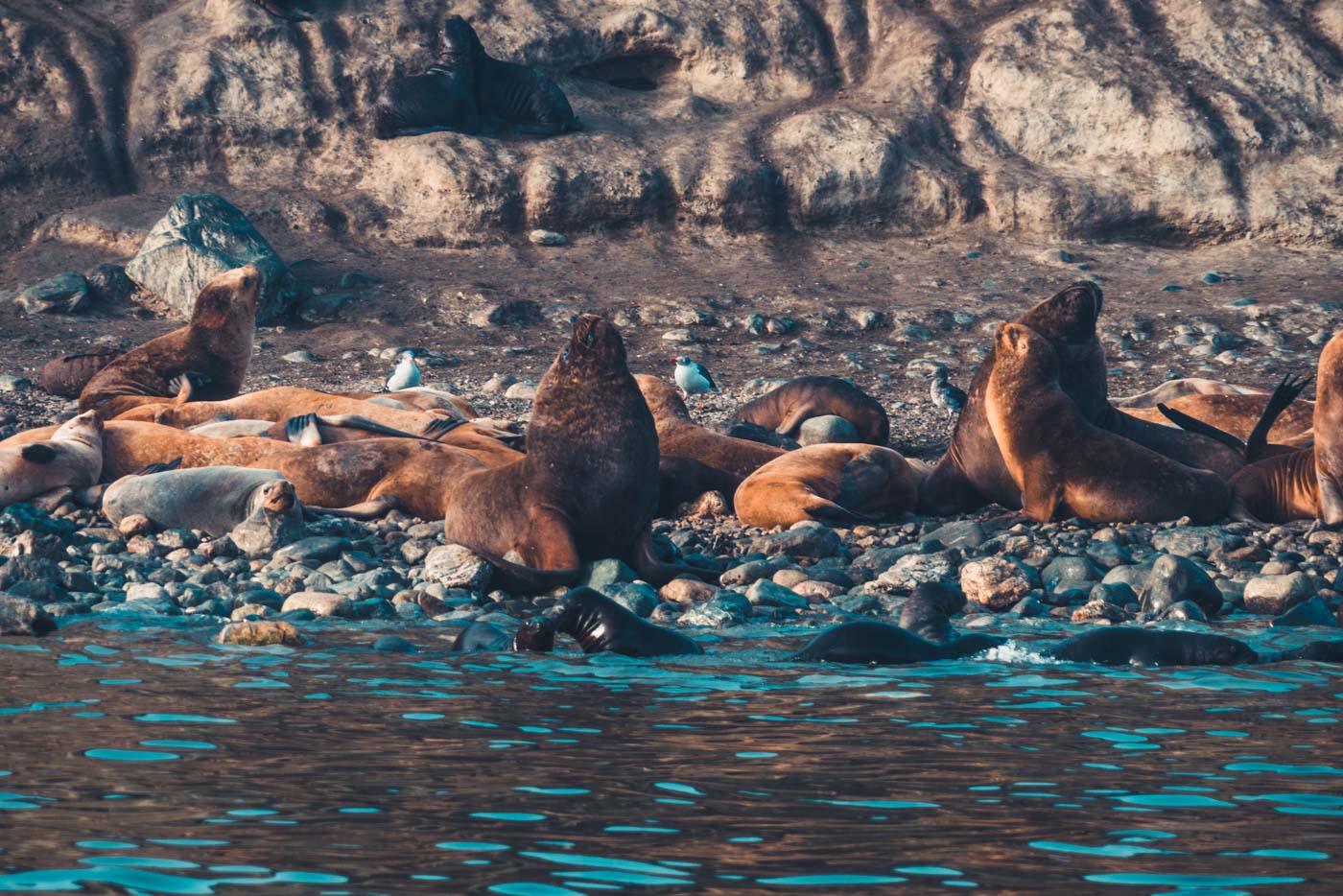 Taking seats on top of the boat, we found ourselves in a sea lion trance. Hundreds of 600 kg (1322 pounds) creatures lined the shore. Baby sea lions interspersed among their enormous parents, seals gracefully swimming in the shallow waters and hundreds of condor birds soaring above the rocks. It felt like a nature documentary!

If you’re particularly interested in the condors--they’re some of the biggest birds in the world!–then there’s even a tour just for them. 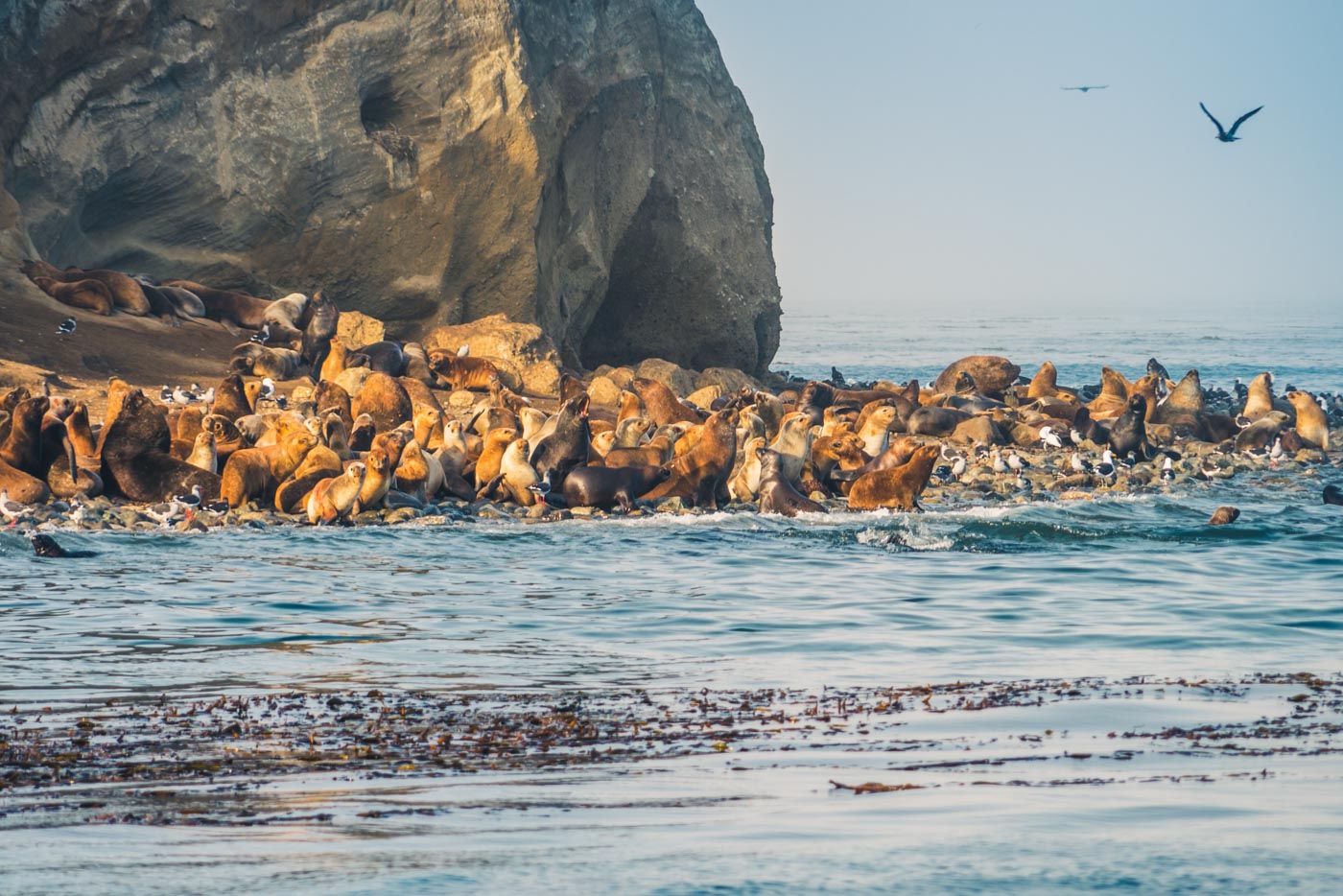 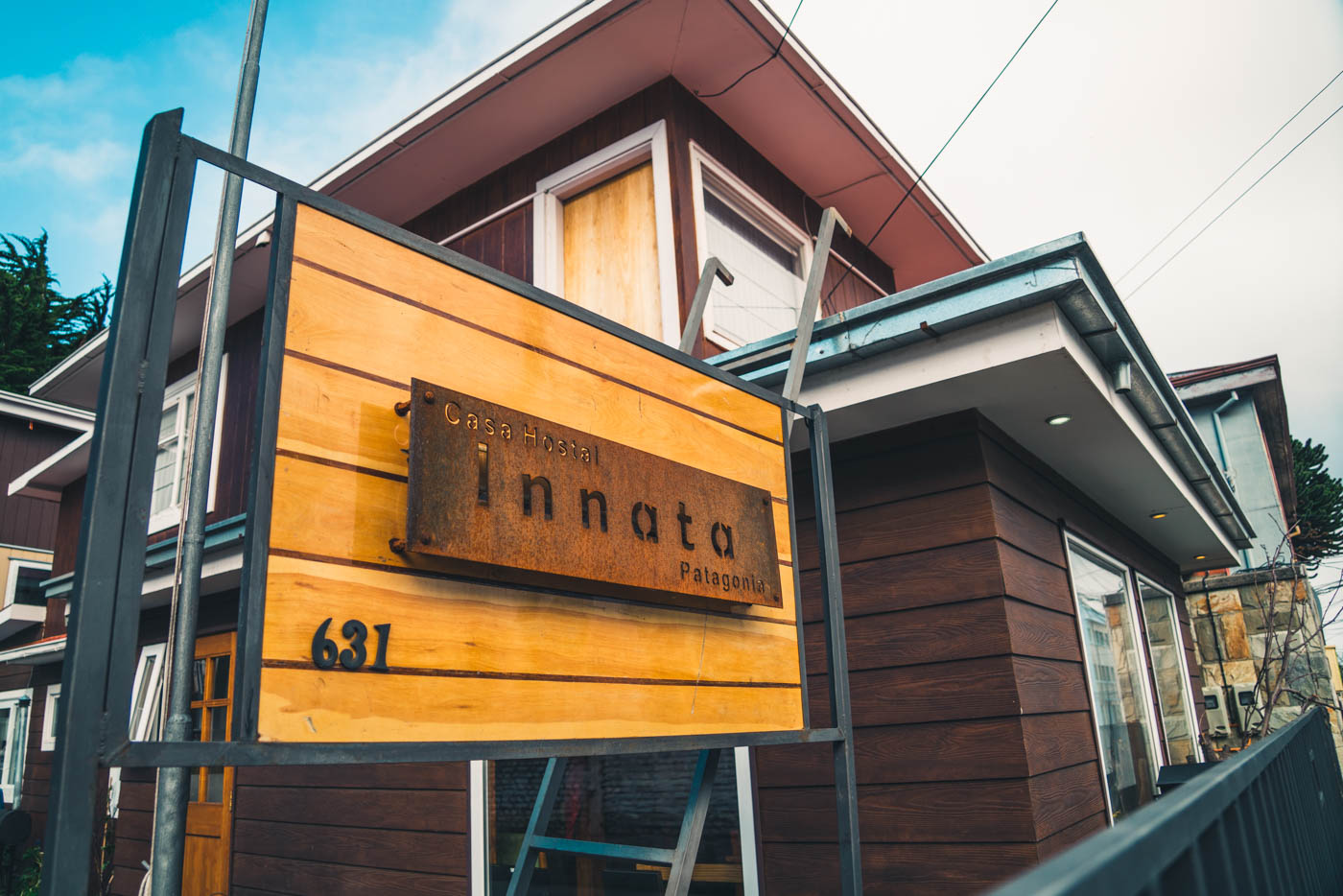 Where to Stay in Punta Arenas

We loved our stay at Hostel Innata, a small locally-run B&B that offers cozy rooms, private bathrooms with great showers, fast wifi, and a nice dining area where warm breakfast is served daily. Nini, the owner, and Gonzalo were incredibly friendly, helpful and accommodating during our stay. 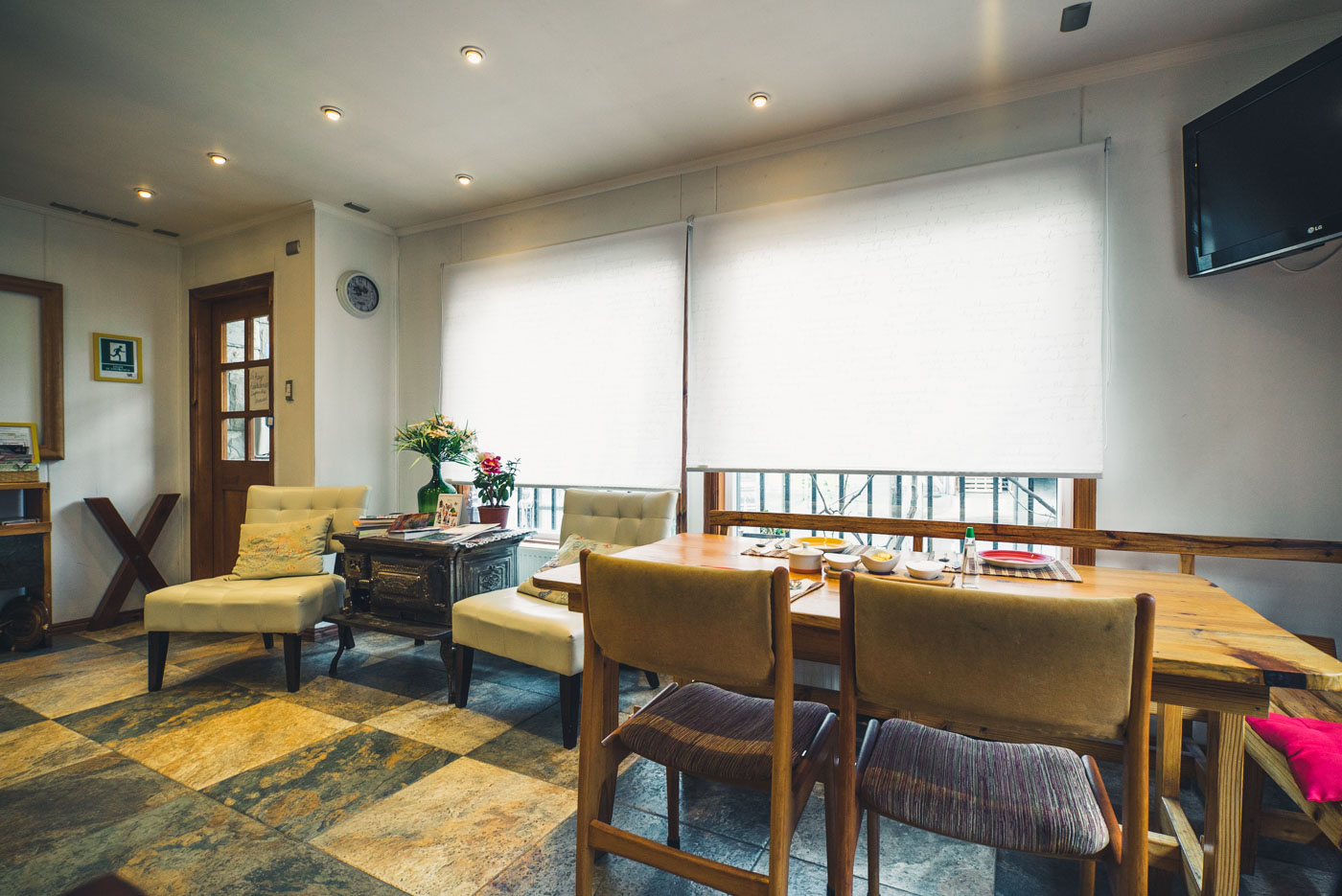 The hostel has 5 rooms in the main house and another 5 are being added to the adjacent building. We highly recommend this lovely B&B for your stay in Punta Arenas.

Where to Eat in Punta Arenas

On recommendation from our B&B, we visited Restaurante La Marmita, located just around the corner from our place. The food was so delicious that we ended up eating there twice during our stay. The highlight was an extensive tea menu!

For lunch, try Amaranta Tea House that offers a set lunch menu with coffee/tea, main and dessert for under CH$6,000. 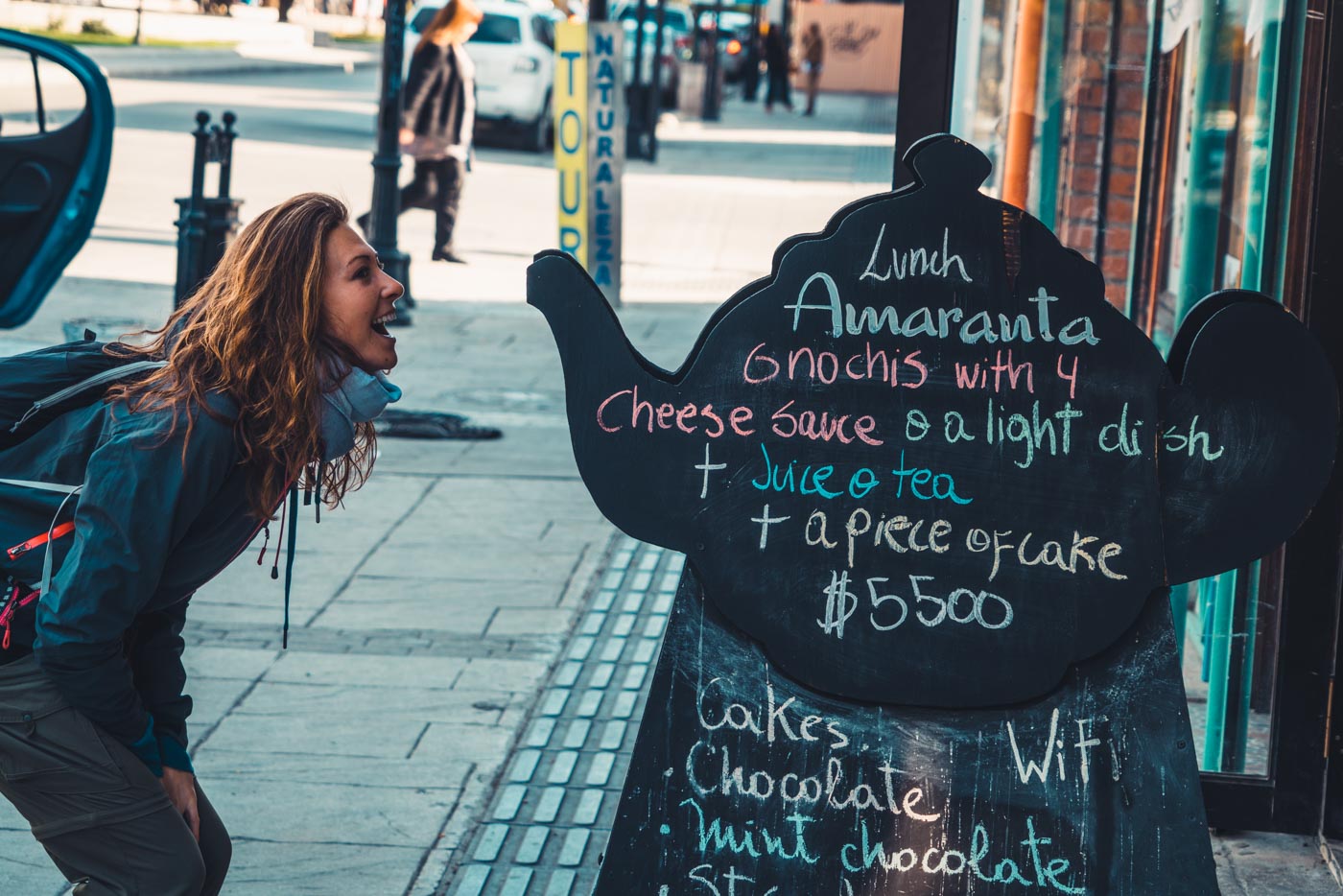 Have you ever seen penguins in the wild?

Disclaimer: Big thanks to Nini and her staff for hosting us at Hotel Innata during our time in Punta Arenas. Opinions expressed in this article are our own and have in no way been influenced by the Innata Hotel. 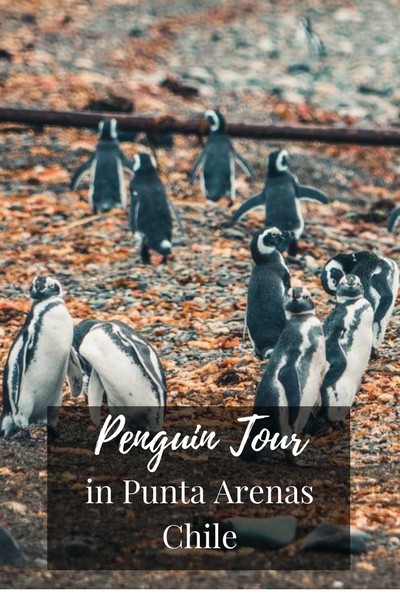 2 thoughts on “March Of The Penguins And The Roar Of Sea Lions In Punta Arenas, Chile”