Why Off Season Travel Is Ideal Strategy for Solo Female Travelers

Virtually any holiday destination that you could think of has a peak season. It’s usually during the summer months (whether it be the Northern or Southern Hemisphere’s summer), or when students are on school holiday.

But what happens to those places for the other two-thirds of the year? They experience a dramatic drop in visitors in what’s come to be known as the off-season.

Since I’m a full-time solo traveler, I spend most of my time traveling in the “off-season”. There are a bunch of benefits to opting to visit a country at an unusual time of the year.

When I say everything is cheaper… I mean everything. From the actual plane tickets to the activities that you want to do, to your accommodation of choice.

I once tested this theory by seeing how much I could save on a trip to Bali. I set price alerts for a ticket in February and a ticket in July. And I was SHOCKED to see how big of a price jump happened for that July ticket! I was going to end up paying DOUBLE than what I would have in February, which is typically the rainy season. But what’s a little extra rain when you’re in literal paradise?

I tested this theory again with my trip to the Philippines in December. The weather was immaculate – it rained a bit each day, but there was more than enough sun to give me a wicked sunburn! The restaurants had slashed their prices for meals and beverages to attract as many customers as possible, and we were able to rent a motorboat (equipped with snorkeling gear and a driver) for ONE-THIRD of the usual price.’

If you’re a solo female traveler, you know how far that extra bit of cash you’re saving by traveling in the off-season can go. It can be the difference between being able to rent a private room instead of a bunk bed in a hostel. Or even the ability to rent a private guide as opposed to joining a crowded tour.

You get a more rich, personal experience than you would during the peak season.

If your destination of choice is a pretty touristy place, the local economy depends on off-season travelers to help sustain the economy. This is particularly true in countries with developing economies (such as the Philippines and Nicaragua). Visiting during the off-season, when tourism revenues may be taking a serious hit, helps the locals stay afloat during the off-season. 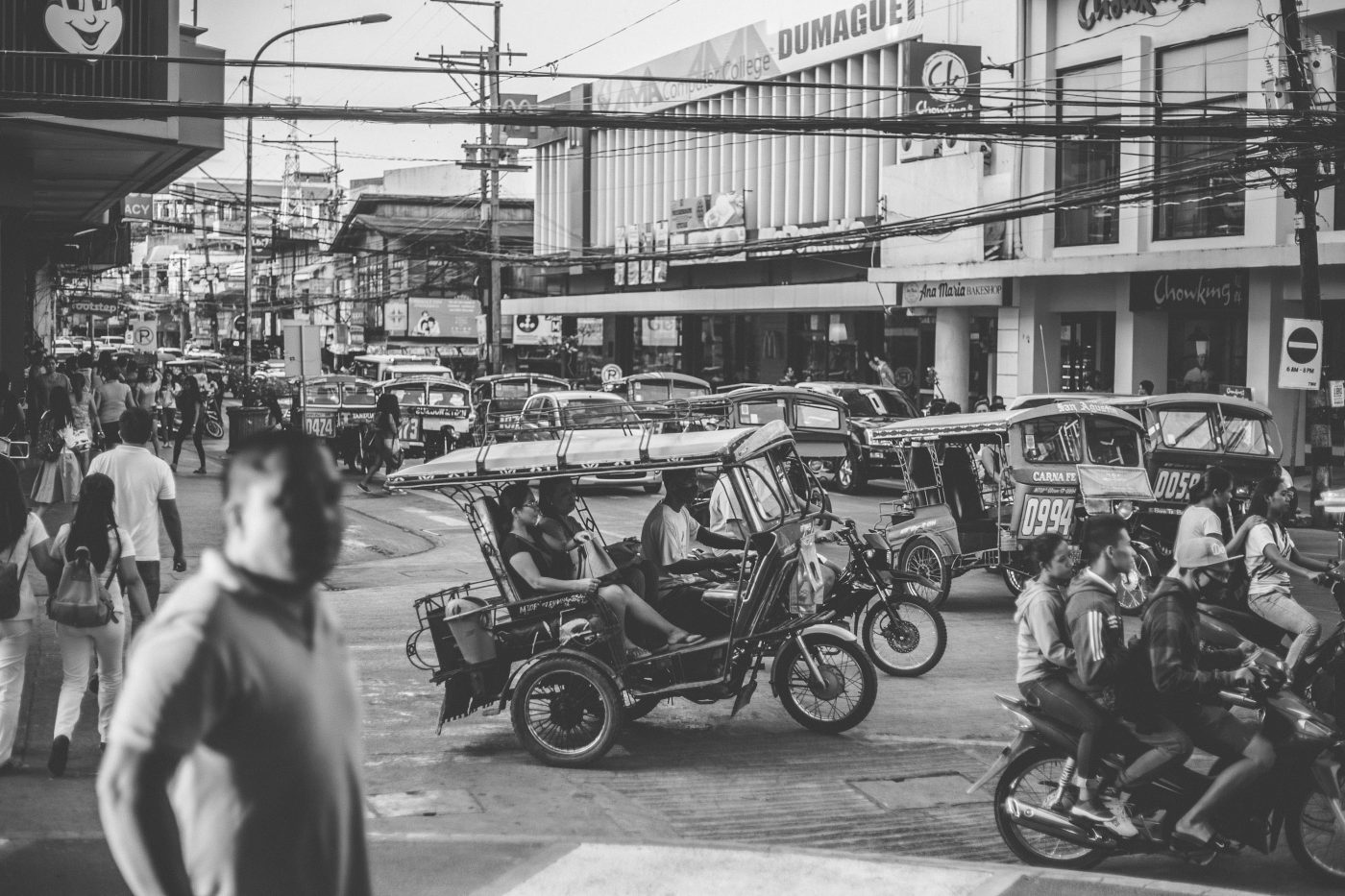 When generally popular landmarks – like the Notre Dame in Paris or Angkor Wat in Cambodia – are less busy, there’s less of a likelihood you’ll be pickpocketed. You won’t be packed in like sardines, and will have more personal space to work with! This being said, you should always always always keep track of your belongings and stay aware of your surroundings.

Another benefit I’ve noticed while visiting destinations during the off-season are the lack of wild party-goers. Those who go on holiday solely to drink and party all day aren’t generally visiting during the “quiet” season. It’s just not their jam. That’s something I’ve really come to appreciate about off-season travel I’m never worried about the wrong people coming up to me and invading my personal space.

It Allows for More Flexibility

Something that I’ve come to appreciate after years of being on the road is flexibility. Particularly, the ability to have a flexible schedule. Sometimes, I’ll arrive at a hotel and it’s way too far out from the city center for comfort. Or I’ll arrive in a town I was planning to stay a week in and realize that there’s MAYBE enough to occupy me for two full days. 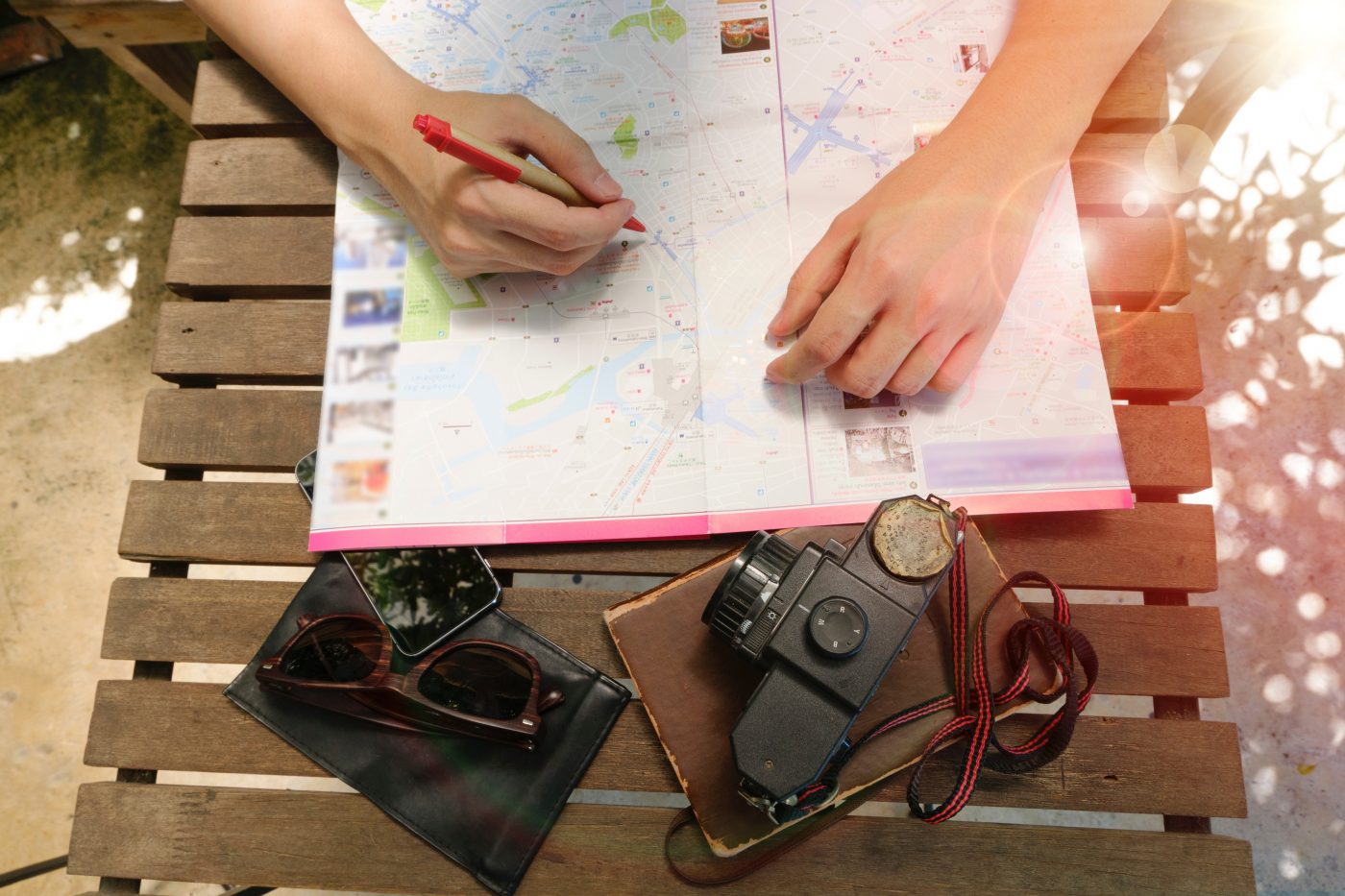 During peak season, you’ve usually just got to stick to your original plans because it’d be impossible to book a new place last minute, or there are no spaces left on a tour you just heard about yesterday.

But during the off-season, you can book a bus ticket to an entirely different part of the country, create an entirely new itinerary, and stray from your original plan on a whim.

If you’re anything like me, you like time on your own to reflect and recharge. When you visit a destination during the off-season, you’re generally encountering fewer people.

If you’re staying in hostels, there’s a way higher probability you’ll be put into a room alone. This has happened to me on more than one occasion, and nothing feels sweeter than paying hostel prices but receiving privacy! 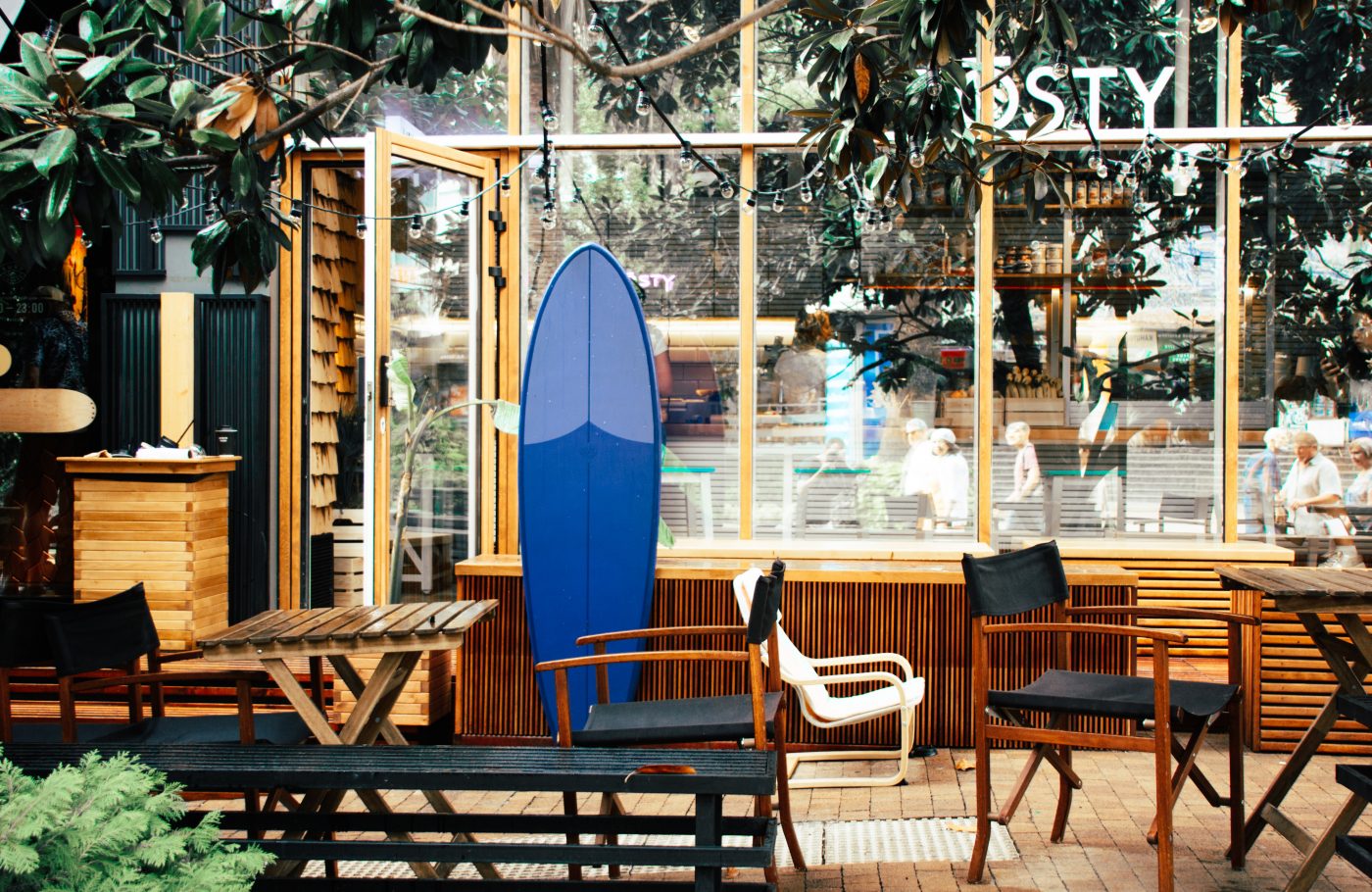 And whether you’re traveling alone or with loved ones, the cafe/restaurant scene is much more enjoyable during the off-season. You won’t experience exorbitantly long wait times for a table, the barista’s not going to get your drink order wrong. And there’s nothing quite like walking into an empty cafe early morning for a coffee and having the whole place to yourself or sitting down for a romantic dinner in a quiet restaurant.

If you’ve ever done the Sound of Music tour in Salzburg, Austria, a guided tour through Plitvice National Park in Croatia, or a tour of the Palace of Versailles in France, you know that going on huge tours with a bunch of fellow foreigners can be pretty overwhelming!

The experience becomes impersonal, and you see a lot less of the local culture than you would if you had a smaller group.

The problem is, during peak season those tours are sometimes your only option because everything’s been book up in advance!

Tour sizes drastically increase during high months, but if you visit during the low months, you won’t find 50 people vying for the same seat on a tour bus. In fact, tour companies are struggling to make even a fraction of their peak season revenue during the off-season. One way they combat this is by discounting their tour prices to attract more visitors!

If you’ve yet to explore the world during the off season, it might be a bit intimidating. Will everything still be open? Will there be enough stuff to do? Will I have as much fun as I would have during peak season?

The 3 countries I mention on list list are great places to start. They’ve got a lot more to offer than their most popular peak season attractions, and they’re beaming with hospitality, so you’ll always feel welcome!

Croatia is always a great option. But did you know that along the coast of Croatia, shoulder season (the season between peak and off seasons) starts as early as  September 1? It’s widely recognized as the end of their tourist season, and in most places signals a price drop.

I was on a road trip through Croatia that started a few days before the beginning of September, and imagine my surprise when I rolled into the campsite outside of Split and only had to pay half the price I would have paid the night before!

If you don’t mind the chance of being a bit more cold and wet, Taiwan is a wonderful destination to visit in the off-season (outside of the summer months). Not only does the weather cool off significantly, but Taipei is way less packed with tourists looking to visit a temple or get to the top of Taipei 101.

If you choose to visit in the dead of Taiwanese winter (which is in December, and nowhere near the frosty winters of Europe), you can visit the abundance of hot springs all over the island! While they’re open all year, it’s much more pleasant to dip into a 33-degree pool when it isn’t 3 degrees outside.

The entire country of Chile is a wonder of the world, but I’m advocating specifically for off-season travel to Chilean Patagonia (September-November and March-May). During these months, most of the peak season tours are still operating – though I would factor in an extra day or two into each of your destinations, just in case a tour is canceled due to bad weather!

I backpacked through Patagonia in October, and couldn’t have had a better time if I tried! All of the tours I was interested in going on had same-day availability, and a lot of them offered discounts. I got to hike on a glacier with only a few other people, and it felt like I was the only one out there! 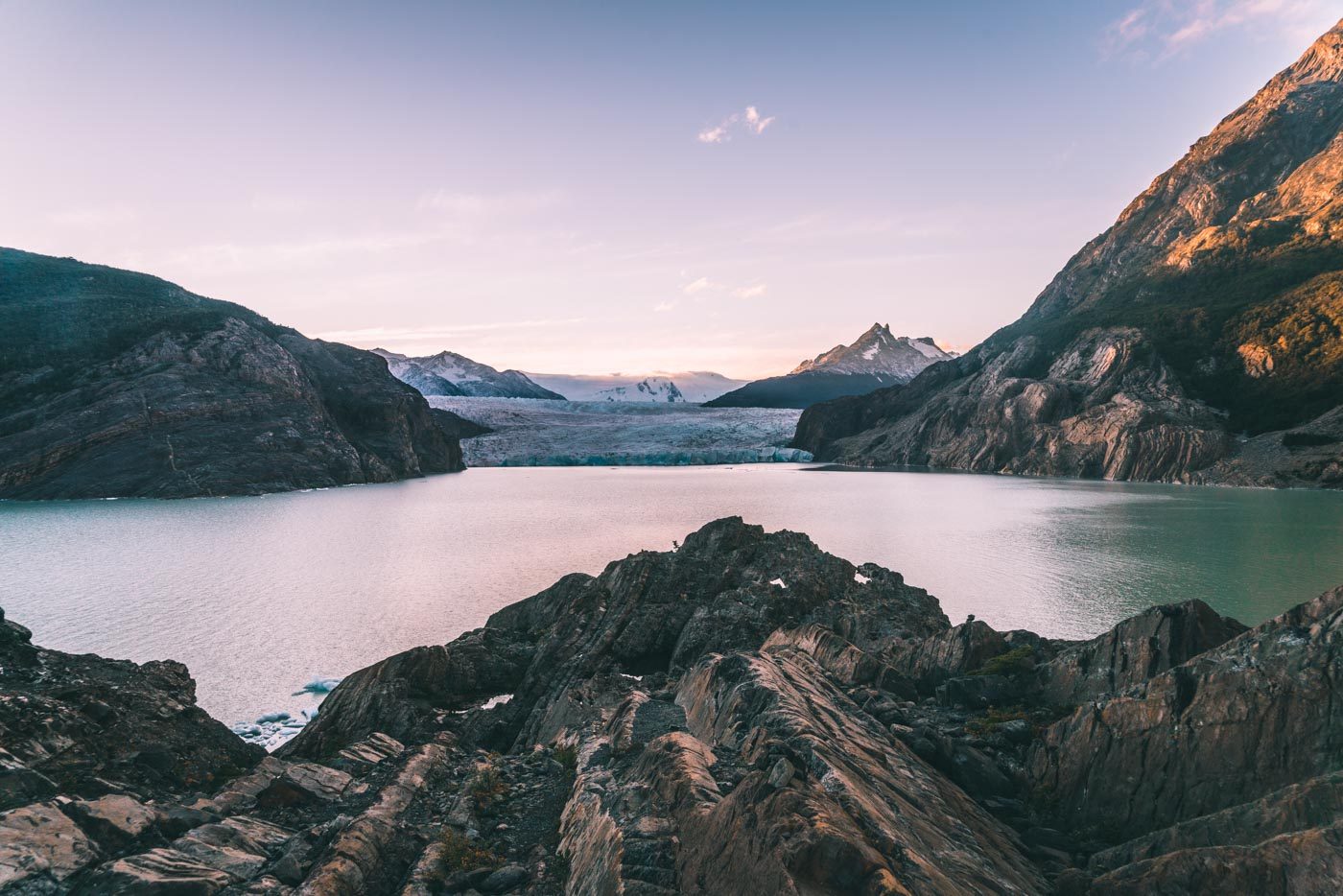 I’ve yet to meet a country I haven’t loved during the off-season. I find it’s a much richer experience when I’m not bumping elbows with a million other tourists visiting the same sites as me.

The slow, relaxed atmosphere that accompanies the off-season travel is something that you need to experience for yourself – so if you have the ability to take some time off during a low month of the year, GO FOR IT!

What are some of your favourite off-season destinations?

Harlee Keller is a California native turned digital nomad. She’s currently traveling full-time and has visited over 40 countries in the last 3 years. She’s passionate about photography, cultural immersion, and nonprofit work in women’s rights and education. You can connect with her via Instagram.