Why Now is the Time to Travel to Cuba

Not much has changed in Cuba since the 1960’s when the US trade embargo cut the country off from the capitalist world. Classic American cars and horse-drawn carriages fill the streets and original retro shop signs hang crooked from the sides of the ageing colonial buildings. But at the same time, lots has changed in Cuba over the last 15-20 years. 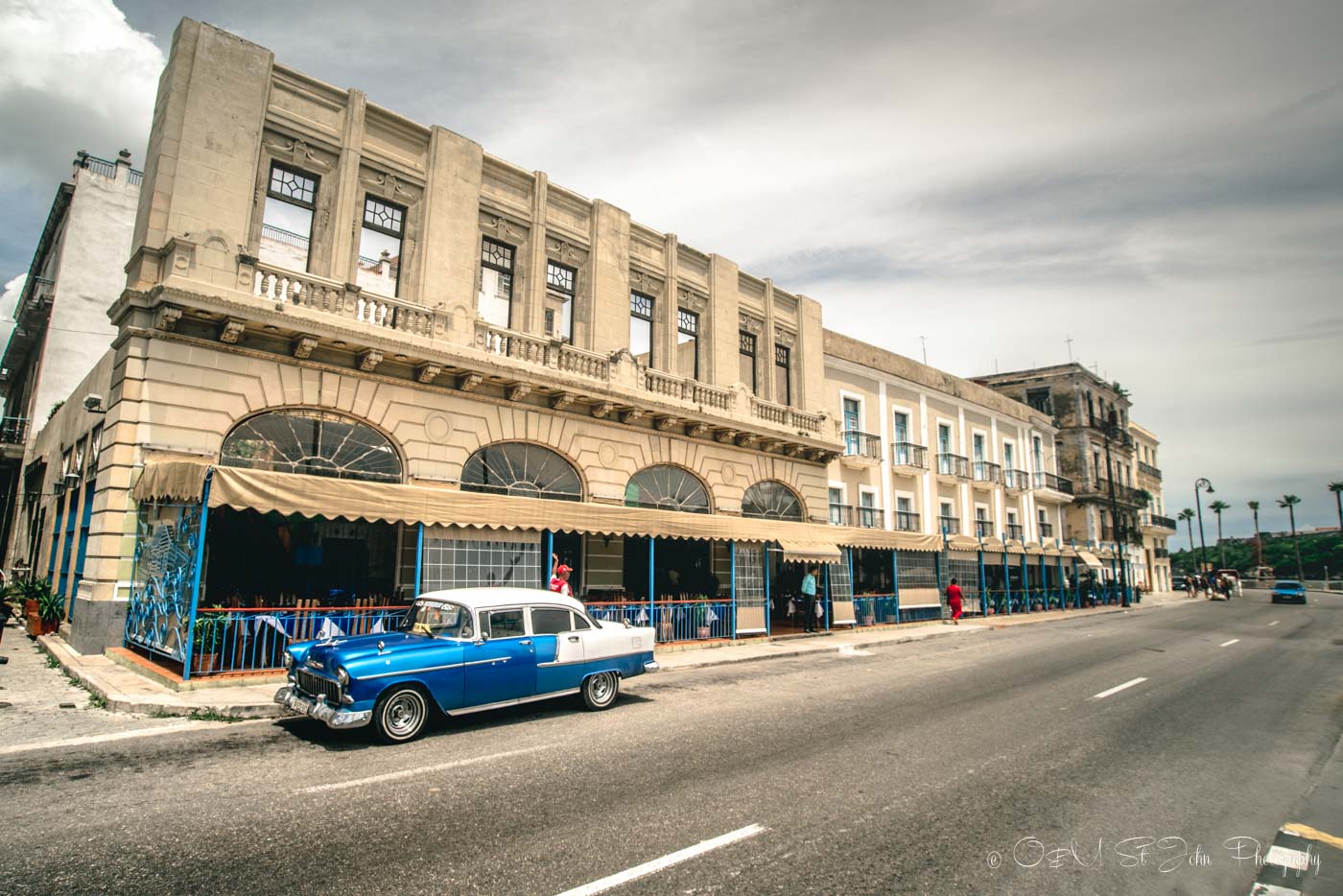 Despite being a republic with a centralized socialist government, Cuba is showing signs of economic optimism. Limited private enterprises are now allowed across the country and the recent acknowledgement of the focus on tourism is allowing every-day Cubans to share in the profits. Large cities now boast department stores and shopping malls, home owners are renting rooms to tourists, openings up restaurants, offering taxi services, arranging tour services, and mingling with visitors from all over the world. 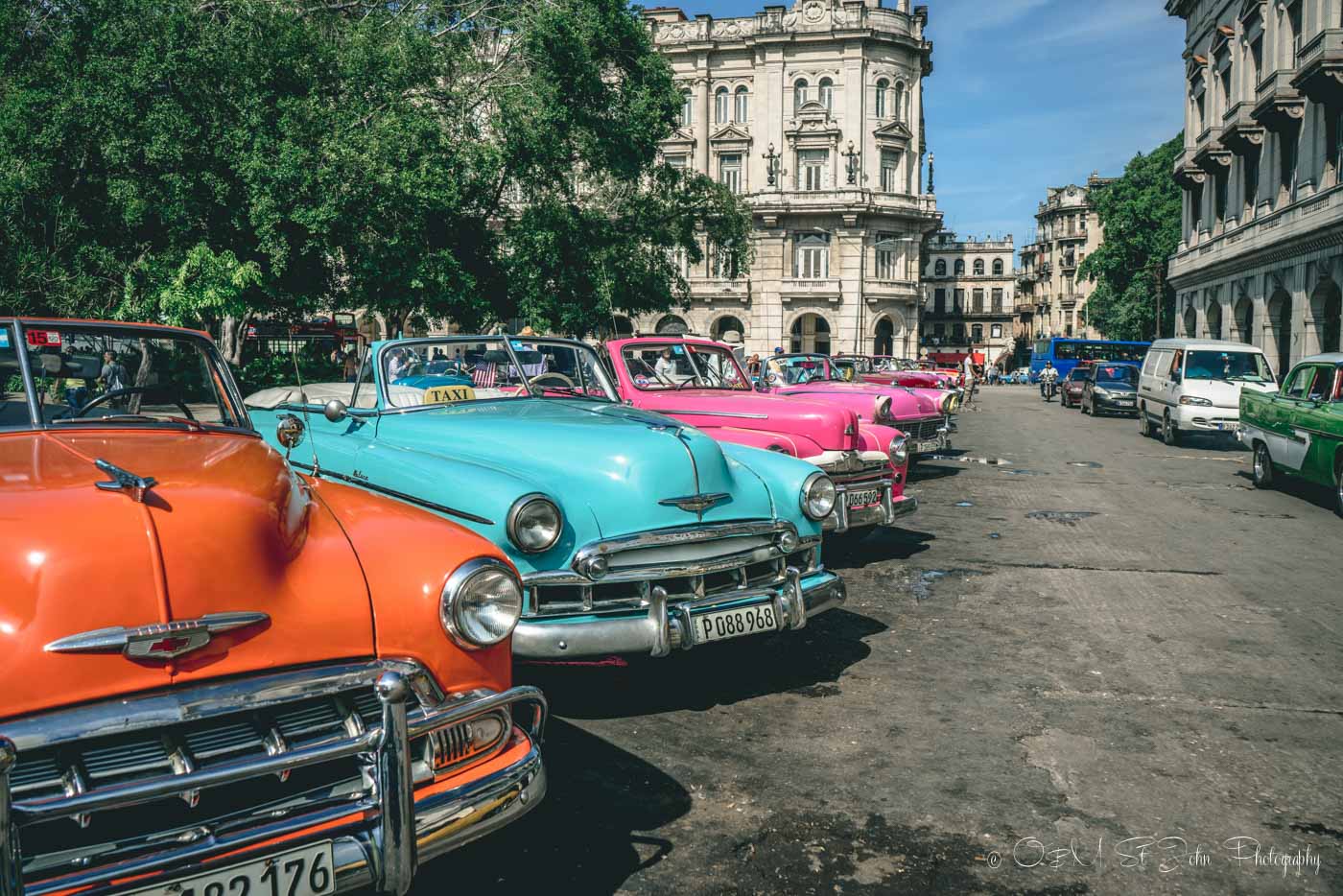 There are signs of progress, but despite all of that Cuba is still running a two-tier economy with a local currency (CUP) and tourist currency (CUC), and it still is a country where taxi drivers and restaurant waiters earn more than doctors and lawyers working in state run institutions.

Will Obama’s new policies for trade relationship with Cuba swing things in the better direction? Maybe. Probably. And if so, how quickly will things start changing? We hear, it might be faster than you might think. Starting September some 60+ US non chartered flights will start flying to Havana bringing in hundreds of American and international tourists craving to experience this unique island in the Caribbean. 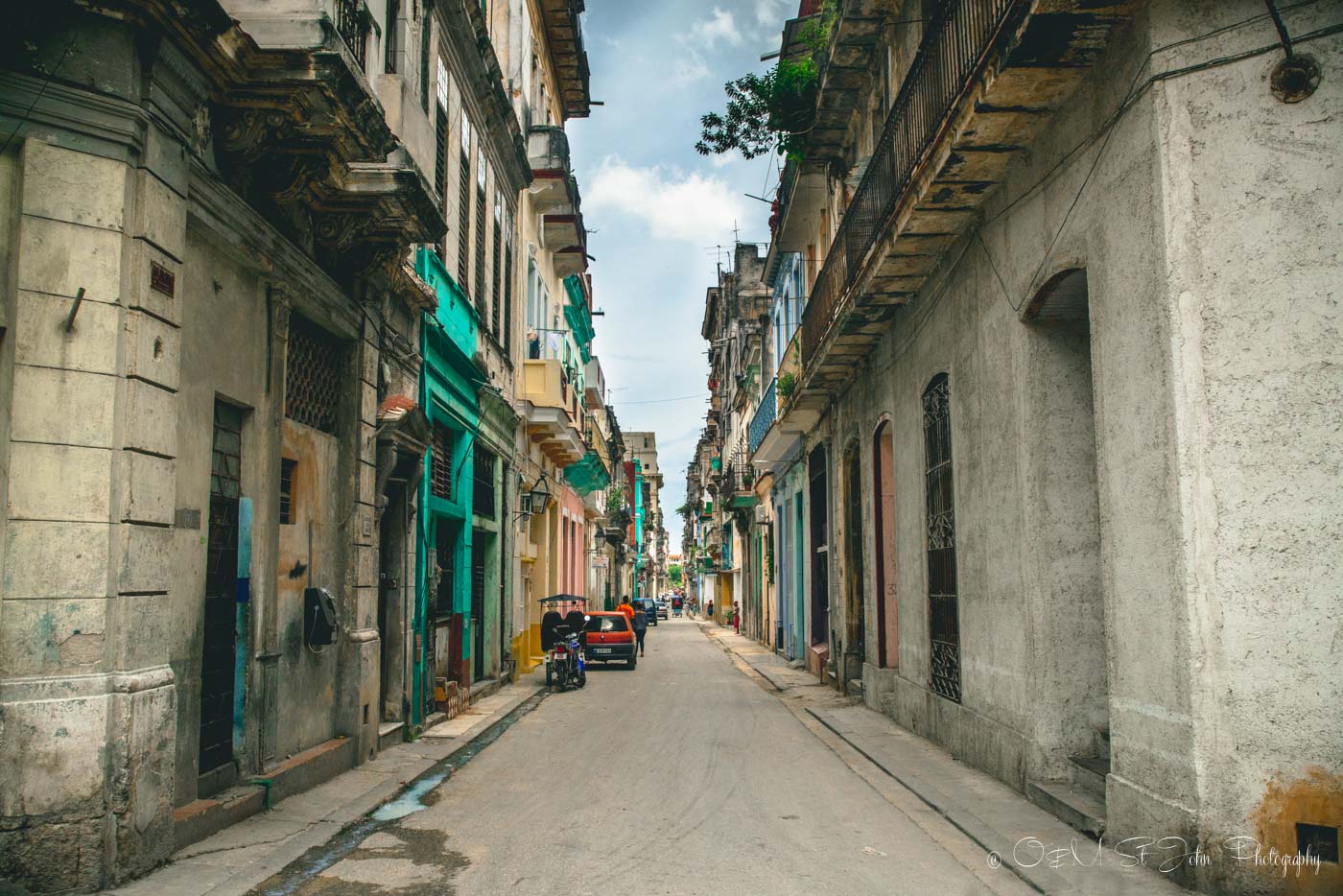 The locals are getting ready. New casa particulars (licensed bed & breakfasts) are popping up left right and centre (they say it’s now easier to get a license than it ever has been in the past), restaurants are expanding their menus, and there is talk that additional buses are going to be added to the Viazul fleet in just a few months.

“I wanted to experience Cuba before the crowds get here”, said pretty much every single tourist we met in Cuba. Yes, we did too. But as we looked around the 6 seater colectivo taxi that managed to trick 9 of us into this long 7-hour bumpy ride, we kind of felt like we were already too late. Supply is struggling to catch up with demand and it’s only going to get worse.

Despite or maybe thanks to the continuous influx of tourists, the old colonial buildings are slowly getting a bit of love and care and 1950s American cars are still parading around the streets of Havana. Walk around Old Havana and you’ll find yourself surrounded by centuries-old buildings, some, like those lining the small residential streets, are crumbling down under their own weight, others are beautiful restored buildings as a result of the UNESCO World Heritage Site designation. 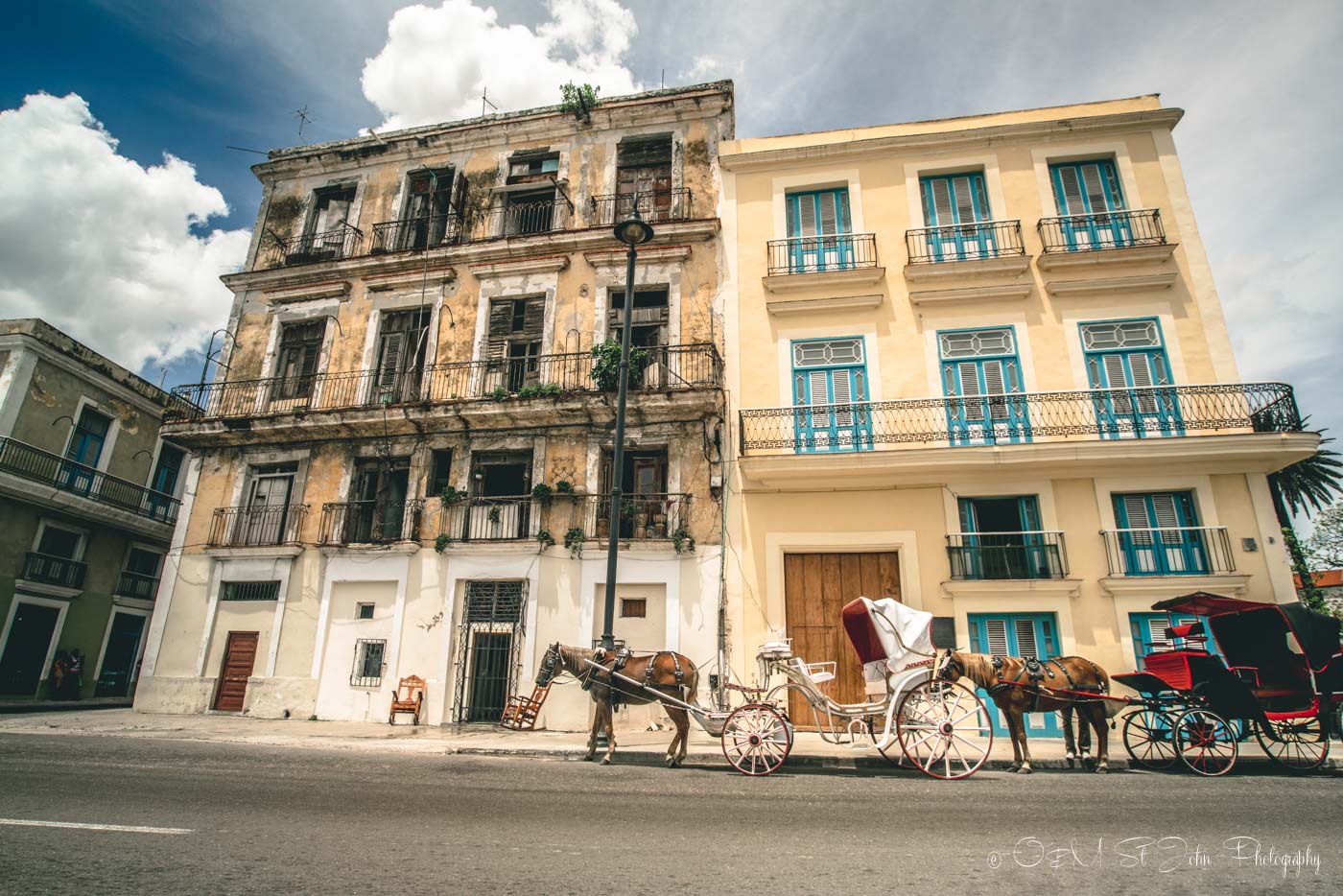 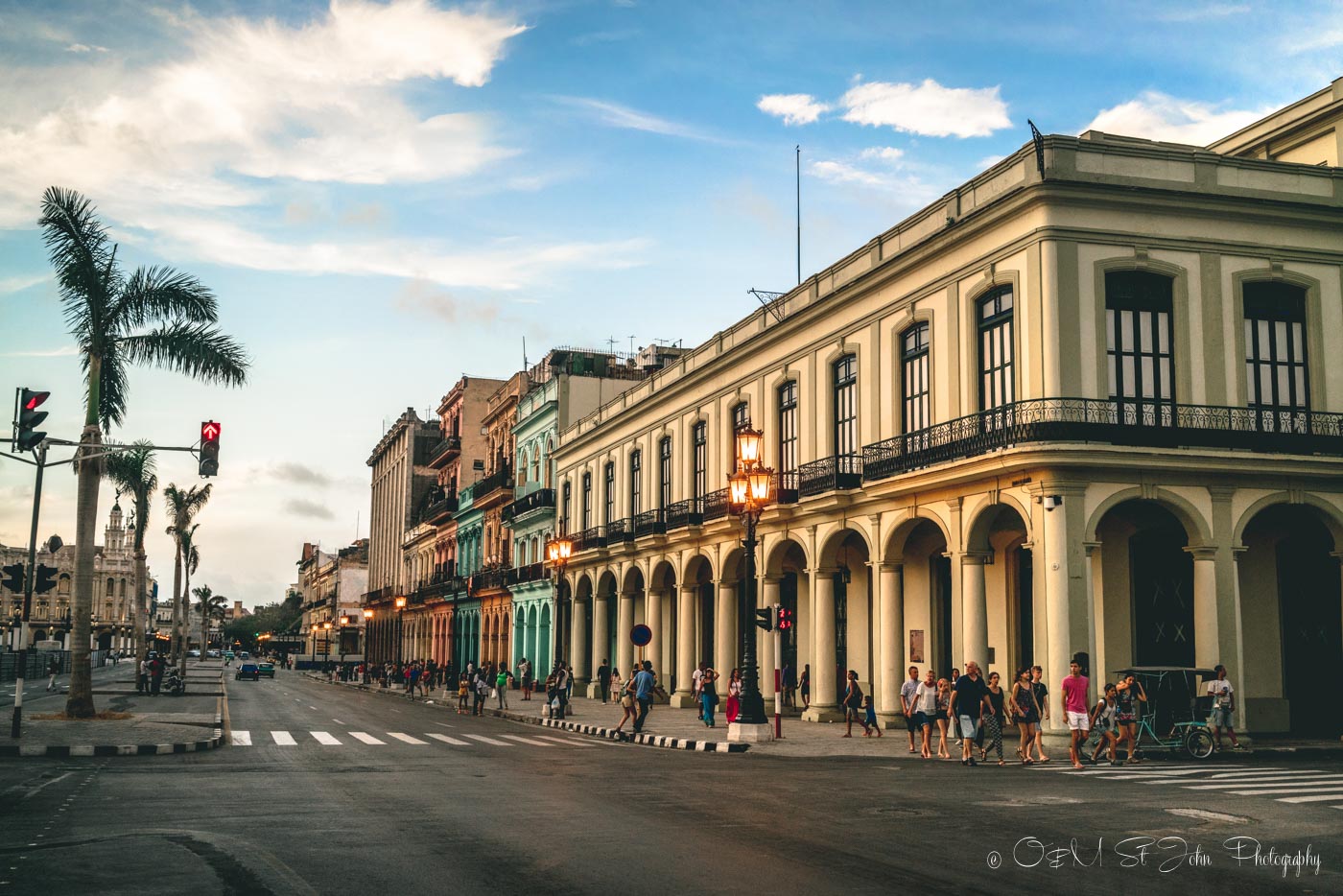 And it’s not just Havana…towns like Cienfuegos, Trinidad, and Santiago de Cuba are just as spectacular (if not more). In some of these other towns a ride in an American car is not a tourist attraction, it’s just the way to get around. 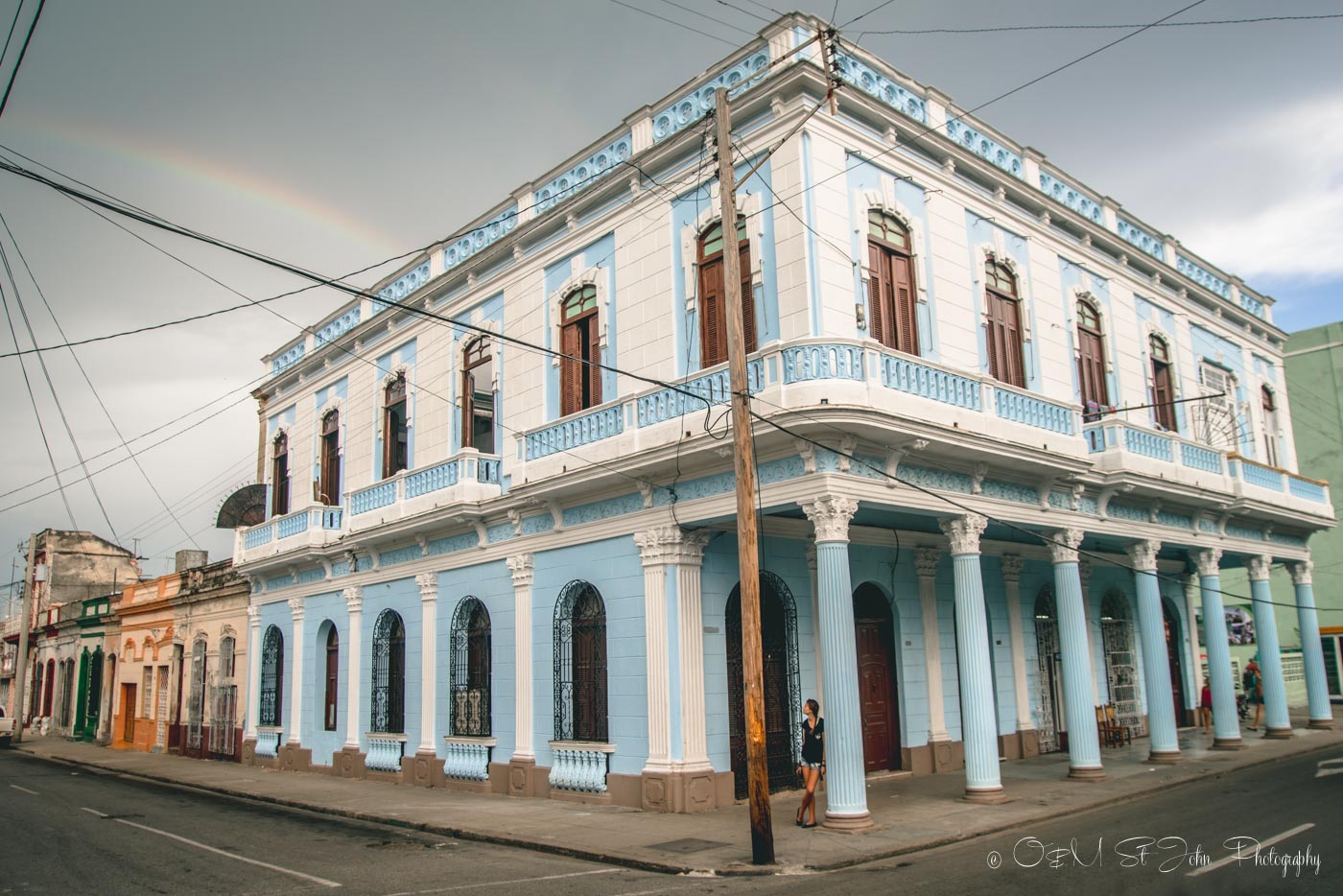 The Rhythm of Music and Dance

Many say that Cuba is a musical powerhouse in Latin America and the birthplace of many musical styles and rhythms. The most traditional Cuban sounds can be found in Santiago de Cuba, known as the musical centre of Cuba. Here music can be heard everywhere. The catchy rhythms of chachacha and rumba are pouring out of restaurants, cafes, and filling the streets, infusing the air with a sense of glee and joy.

But it’s not just Santiago, the truth is, music in Cuba seems to be everywhere… 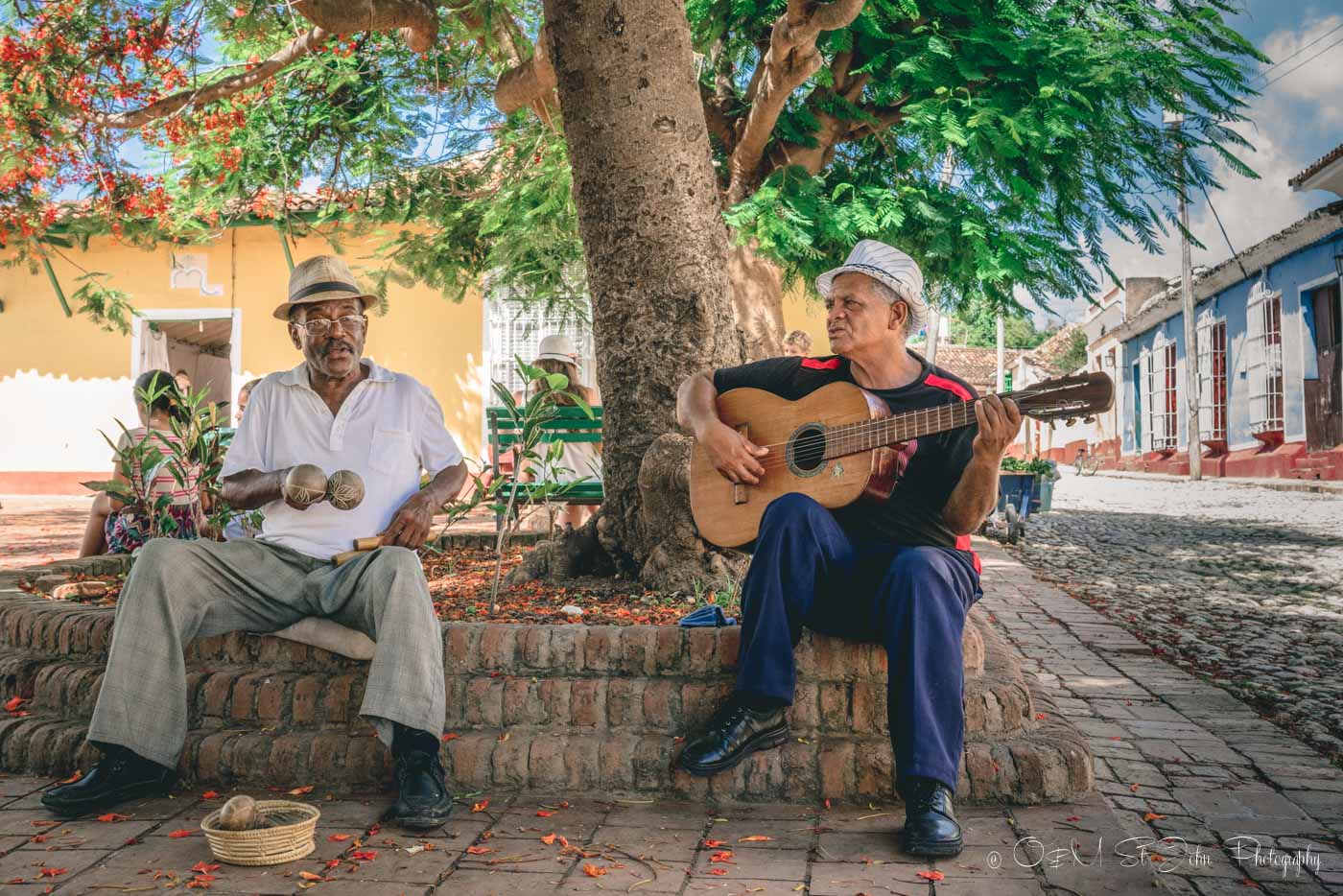 Cuba is home to some of the most renowned festivals in all of Latin America and from what we have witnessed, that’s a reason for a visit in an of itself. The Carnaval of Santiago de Cuba (that we were lucky enough to catch this past July) is the largest, most famous, and most traditional carnival in all of Cuba, but there are many others. 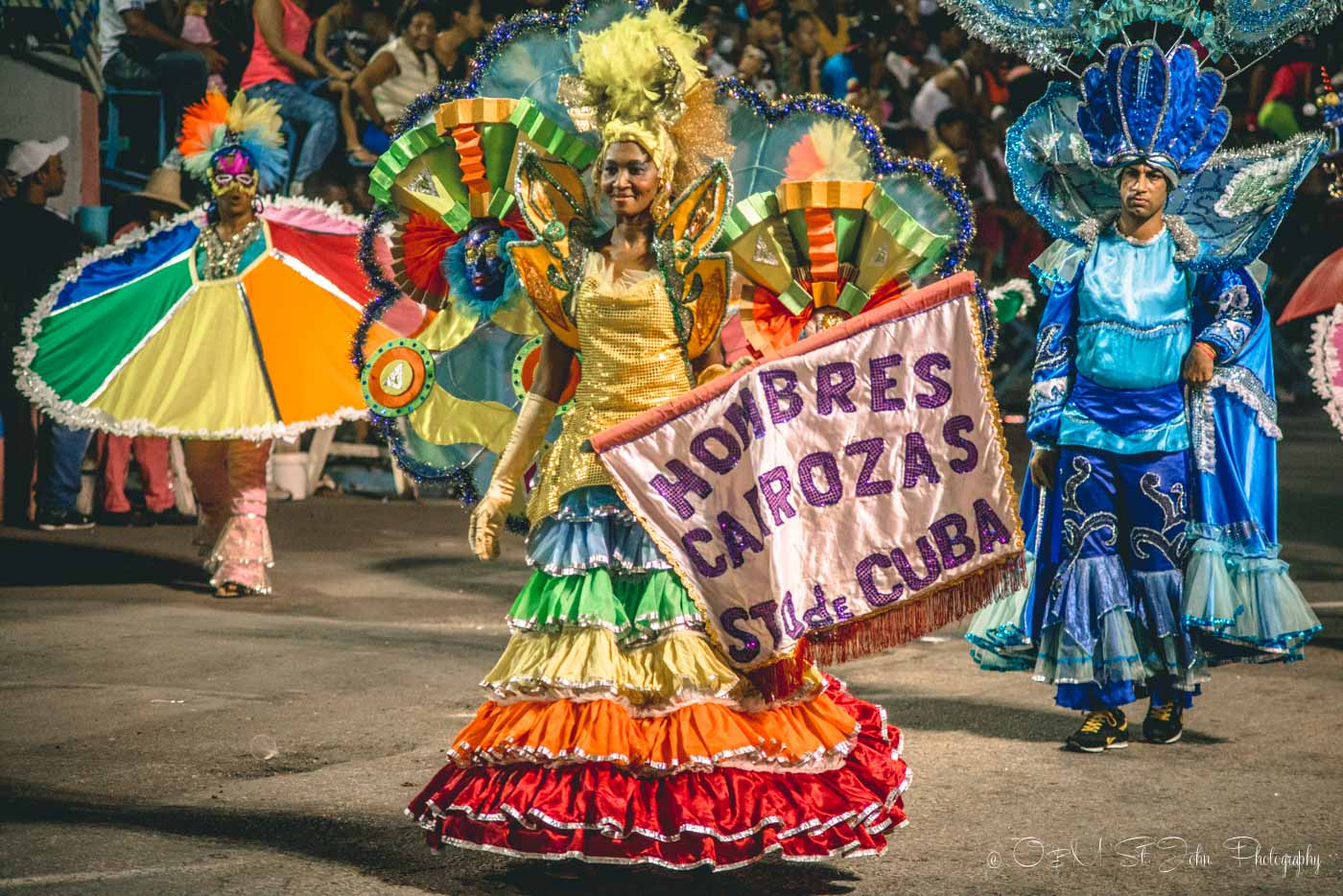 Be it the International Urban Dance Festival in Havana in April, or the Cuban Music Festival in Varadero in June, there is a festival on every month. With festivals come street parties, dances, and an overall heightened festive atmosphere that can make your visit to Cuba that much more special.

You don’t have to be a coffee addict, a rum drinker, or a smoker to enjoy Cuba’s specialties. But coffee lovers will attest to Cuba’s exceptional coffee quality. Grown in various parts of the country, coffee in Cuba is more ubiquitous than water. Sold for as low as 1 Cuban Pesos (CUP) per cup on the streets in every city, served with endless refills at breakfast (whether at a local home or at a hotel), Cuban coffee is unlike anything you’ll find back home. It is strong and bitter, made espresso-style, although the locals also like to drink it with milk and lots of sugar.

Cuba is one of the first countries in the world to record production of sugar cane, the main ingredient in rum production. Cuban rum, known to most through brands like Bacardi and Havana Club, has won many international awards. To this day Cuba continues to produce some of the world’s most respected brands of rum. The quality of rum ranges dramatically, from the most basic white rum used in mixed cocktails, to various aged dark rums (añejo) that are often enjoyed straight over a chunk of ice. Havana Club remains the most popular rum brand in Cuba (after the revolution and the threat of nationalization of rum factories across Cuba, the Bacardi family relocated the Bacardi Rum factory and headquarters to the Bahamas and thus Bacardi can no longer be found on the island), but various other brands are present in the shops and in bars across Cuba today. 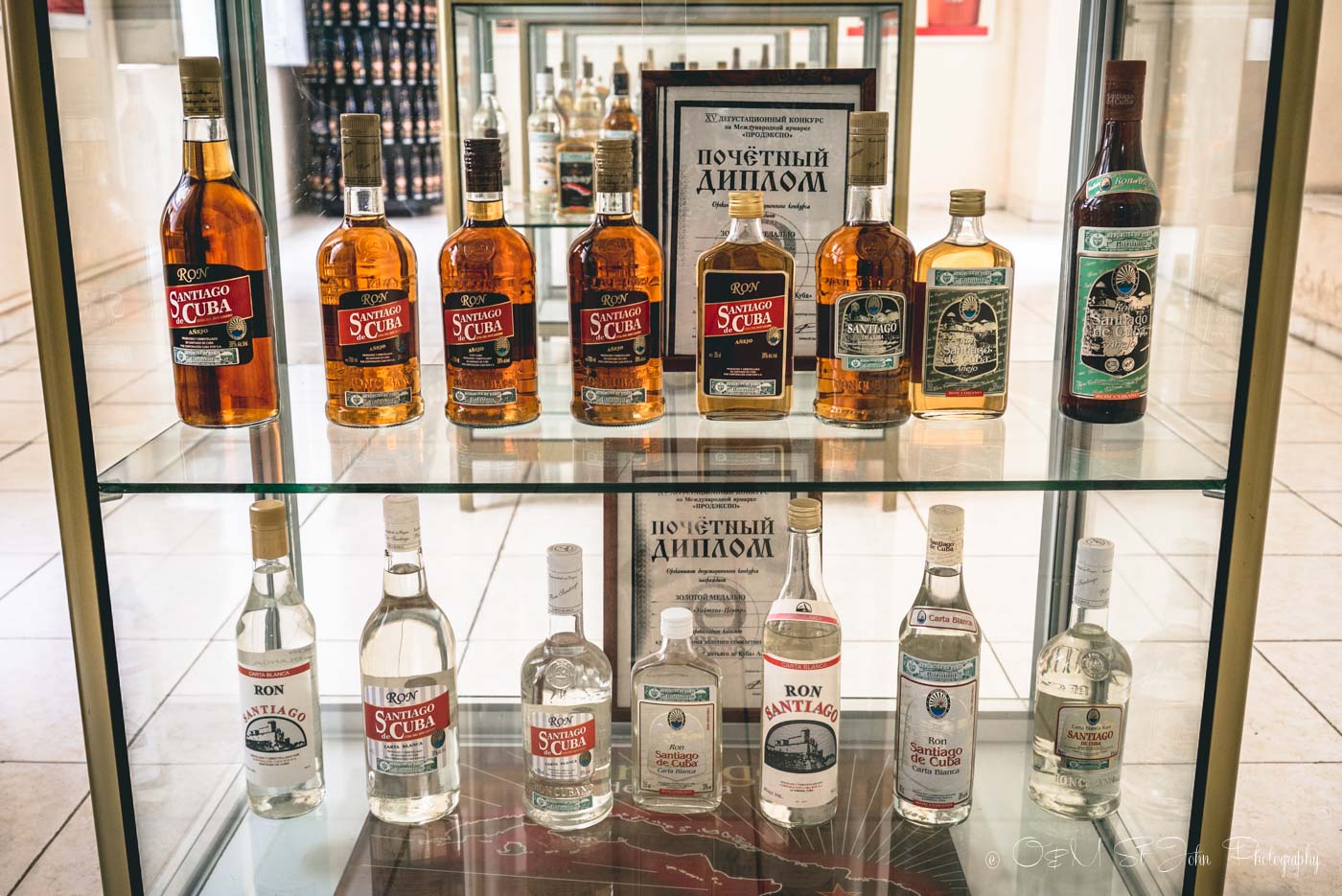 You won’t have to search hard to find cigars in Cuba. The national brands, Cohiba, Monte Cristo, Romeo y Julieta, Punch, and Hoyo de Monterrey, can be found in souvenir shops across the country. From your first day in Havana, you’ll be touted to visit the cigar factory, check out the once-in-a-blue-moon cigar sale, or take a tour of the tobacco plantation. Skip the shops and choose to go out into the field, where a farmer will be happy to share the ins and outs of Cuban tobacco industry with you over a puff of a freshly rolled cigar. 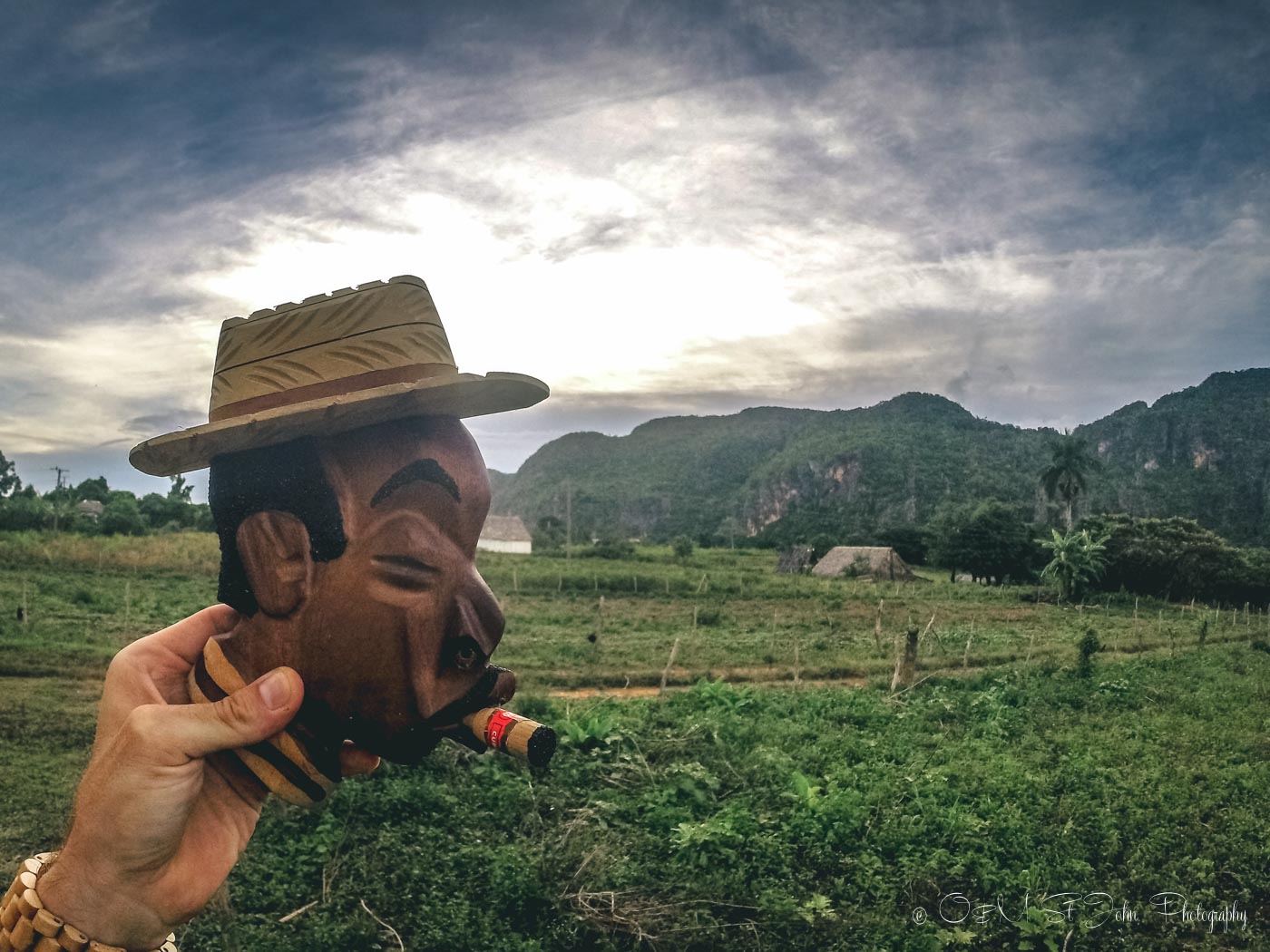 Unfortunately, Cubas most beautiful stretches of beach, like those in Varadero, Cayo Coco, Santa Lucía, and Guardalavaca are occupied by all-inclusive resorts. But that doesn’t make them any less beautiful (maybe just a little harder to experience for an independent traveler).

The most spectacular beaches on the mainland are on the northern coast, although there are some smaller and more peaceful alternatives in the south as well. Head to Varadero, Cayo Coco, or Playa Guardalavaca for the best selection of all-inclusive hotels and packaged vacation option, or settle for a little less spectacular although still iconically Caribbean golden sands with crystal clear waters at Playa Santa María (east of Havana), Playa Ancón (just outside of Trinidad), or Playa Maguana (outside of Baracoa).

Although we haven’t experienced diving in Cuba for ourselves, we’ve heard enough personal account from fellow travelers to mention diving as one of the top reasons to visit Cuba. Dive sites in Cuba range from coral reefs to underwater caves and shipwrecks. While most coastal towns and beach destinations will offer some diving opportunities, the best dive sites in Cuba, Punta Francés, María La Gorda, and Jardines de la Reina which are located somewhat off the main backpacker route and require a bit more tenacity to get to. Keep in mind that the best time for diving is in February to April when the waters are calm and visibility is at its best.

The truth of the matter is that locals are what really makes Cuba a special place for travel today. Warm, friendly, helpful, most people in Cuba are still excited to welcome tourists to their country. If you have traveled extensively around the world, you are already used to being asked where you come from, but the difference is, in Cuba that question is rarely a ploy to get you to come into some shop or an attempt to scam you. It’s genuine curiosity and hospitality. An attempt for locals to engage, to share, or just to find out what brought you to their neighbourhood. 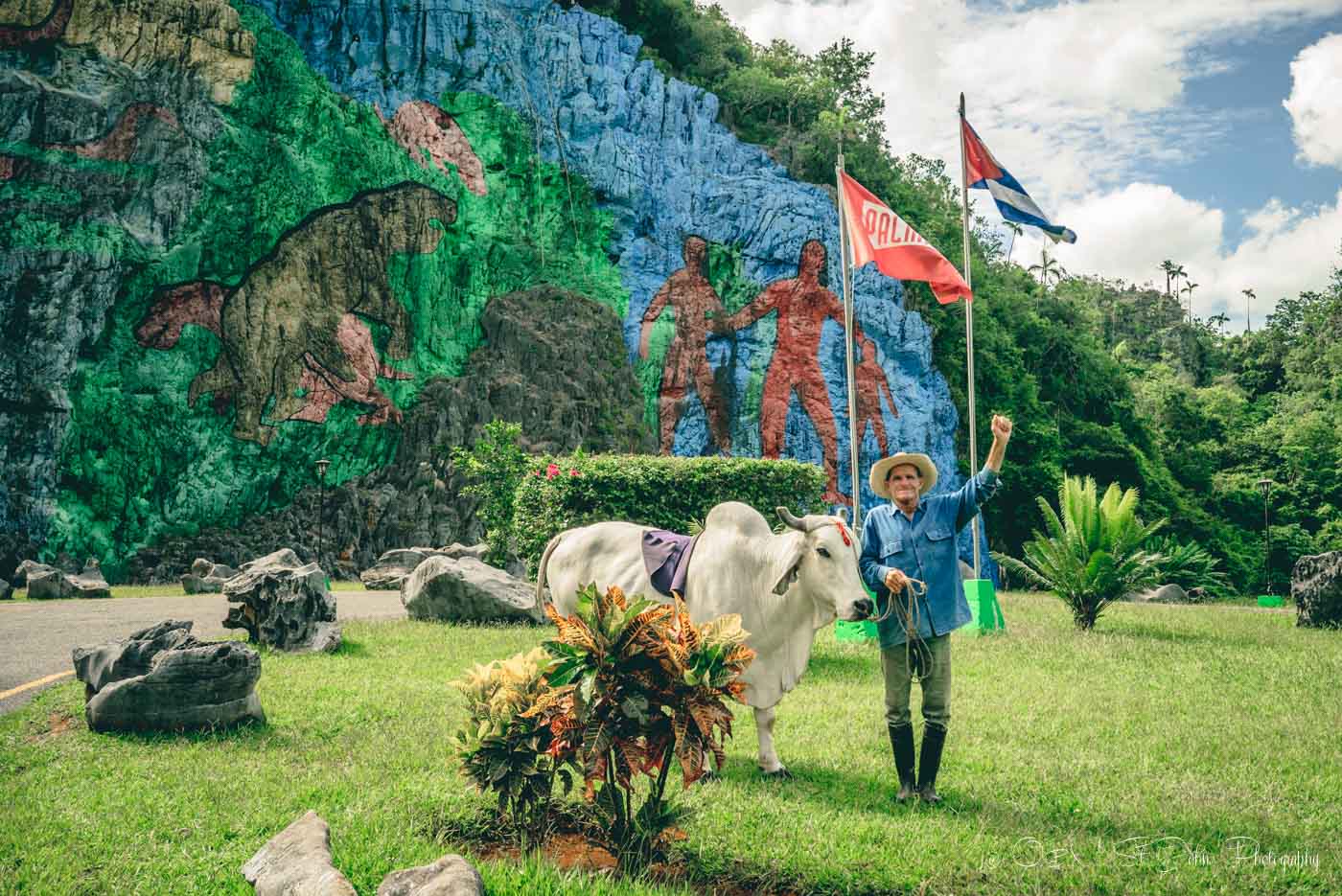 Our stays in Casa Particulars offered one pleasant experience after another. Here tourism in locals homes isn’t just a transaction (at least in our experience it hasn’t been), it’s a real attempt to host and to make you feel welcomed in their home and in their country. Those who speak Spanish will find countless opportunities for real interactions and a chance to get real insight into the lives of Cubans. 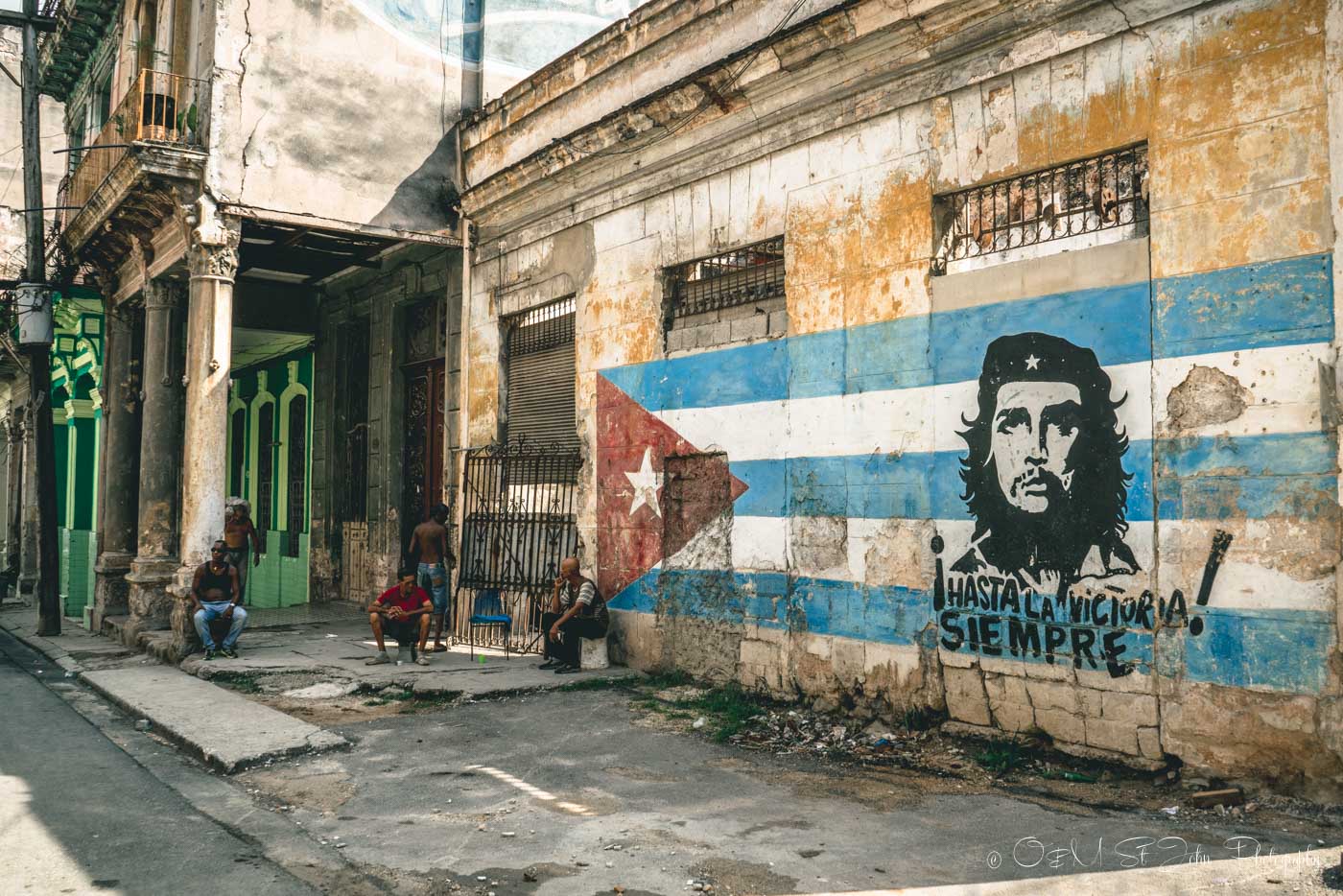 We didn’t see it at first, but after spending 3.5 weeks in the country and taking the time to slowly peel off the layers of first impressions we now realize that Cuba is a very unique place. It’s a destination that offers a dynamic mix of history, music, revolutionary views, and locals perseverance set against a fascinating backdrop of colonial buildings, lush green valleys, and long golden stretches of Caribbean beach paradise. Travel here requires more than just a non-US passport (although it won’t be long before Americans come flooding through Cuba’s front doors). It takes a hefty amount of patience, flexibility, perseverance, a healthy sense of adventure, and most importantly time.

What are some of the reasons that entice you to travel to new countries? 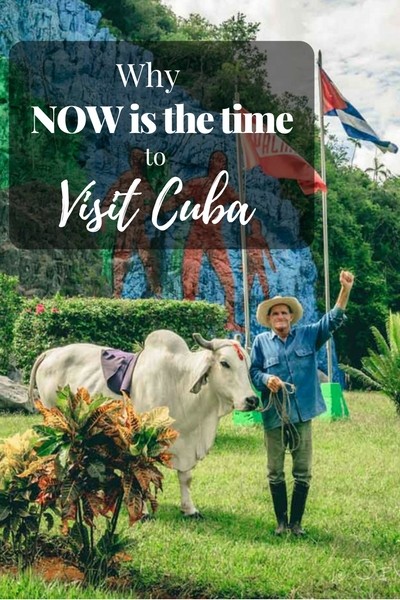