Top 7 Australian Music Festivals You Should Know About

One of our favourite things about summer in Australia, other than the beach and warm weather, of course, is the summer music scene!
Music plays a huge role in the culture of Australians today, so the number of festivals in Australia shouldn’t be surprising, but it’s something we didn’t really understand until we lived here.

It doesn’t matter how old you are or what type of music you listen to, there is something here for everyone.

If you are traveling to Australia and would like to experience a piece of Australian culture, then here is a list of the best festivals in Australia to get you started; here are some of the biggest and most famous Australian Music Festivals.

Listen Out, held in early October in Brisbane, Adelaide, Perth, Sydney, and Melbourne,  is a fairly new kid on the block. In 2013, Listen Out entered the Australian Music Festival stage as a successor of the previously wildly popular Parklife Festival and it didn’t disappoint, leading many to declare it the best music festival in Australia.

Listen Out is positioned to be an antidote to many of the things you don’t like about big music festivals. It’s going for better rather than bigger, promising to take away the constant struggles of time table crashes, and long walks from one stage to another, labelling the day as a “party,” rather than a “festival.”  Their 2019 lineup will include 6lack, Dom Dolla, Leikeli47, Wafia, and more.

At this point, tickets to Listen Out will set you back by anywhere from $147-$207 AUD. More info available here.

Falls Festival held through the last days of December and the first days of January (in 2019, it will be held from December 28th through January 5th, 2020), is arguably the best way to spend New Year’s in Australia. Almost 20 years in the running, Falls Festival is simultaneously held in Byron Bay, NSW,  Lorne, Victoria and Marion Bay, Tasmania and is so much more than your typical music festival. Falls Festival features contemporary music performances, dance, comedy, theatre, circus, cabaret, as well as other art forms.

Due to the length of the event, Falls Festival is a camping festival. Australians and visitors alike bring their tents and set up a camp at the event, completely immersing themselves in the spirit of the festival. Falls Festival is particularly popular with the blues & roots crowd but also draws in crowds of rock, indie, and hip hop fans from across the country.

Tickets to Falls Festival will go on sale in early September and can be obtained here.

St. Jerome’s Laneway Festival is held at the end of January in Melbourne, Sydney, Brisbane, Adelaide, and Fremantle, along with Auckland, New Zealand and Singapore. The festival started back in 2004, as a small indie music event, but has since gained a lot of popularity, as it expanded to include other genres of music like pop and rock.

Dates and ticket prices for Laneway Festival 2020 haven’t been announced yet, but are coming soon.

Blues Fest is the biggest Blues & Roots festival in Australia, taking place for 5 days over the Easter long weekend in Byron Bay, NSW.  Every year Bluesfest attracts over 100,000 blues fans of all ages from all over the country and beyond. In the past Bluesfest has been headlined by artists like Jack Johnson, John Mayer, Dave Matthews Band, Ben Harper, Bob Dylan, and many others.

Info about tickets can be obtained here.

Splendour in the Grass

Splendour is an annual indie-rock 3-day festival held at the end of July in Byron Bay, NSW. Tickets are typically pretty expensive (upwards of $350 USD for the 3-day pass), but the atmosphere and the line-ups normally make it worth the money. Over the years, Splendour has featured some great artists, including Outkast, Mumford and Sons, Coldplay, The Strokes, and many others. 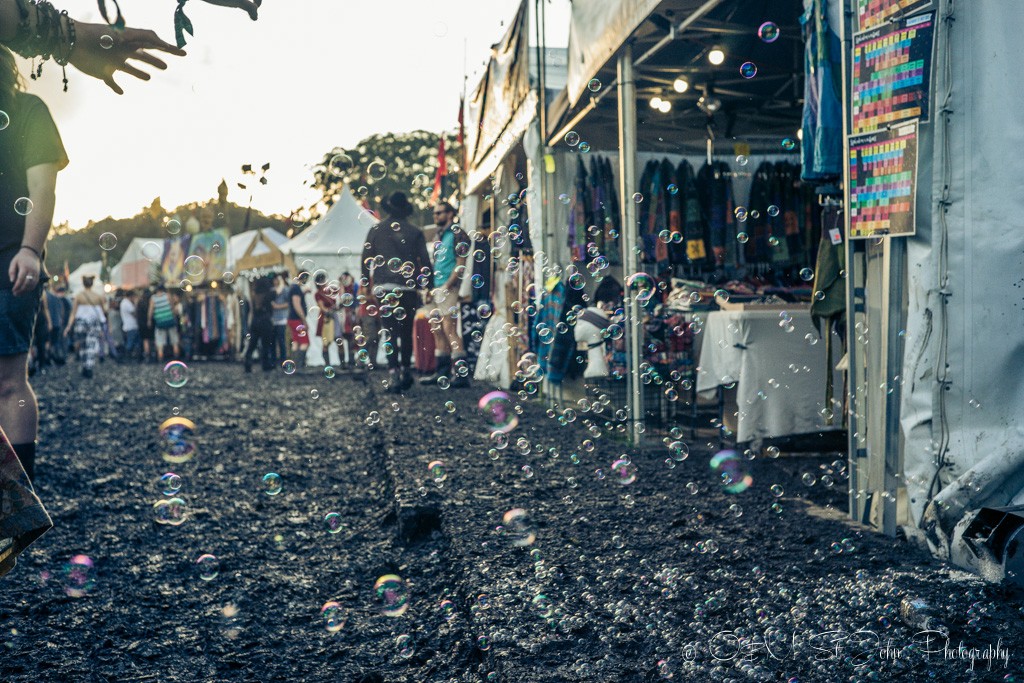 Melbourne’s famous annual International Jazz Festival takes place for 10 days in late May and early June. Unlike the other festivals, the Melbourne Jazz Festival isn’t confined to one venue, but rather takes place in concert halls, arts venues, jazz clubs and throughout the streets of Melbourne, allowing everyone who loves Jazz to find a venue and event suitable for their budget and venue preference. The festival appeals to young and old, to enthusiasts and the uninitiated, and hopes to inspire the love for jazz in everyone.

An alternative to Falls Festival is Woodford Folk Festival also takes place from Dec 27 –Jan 1 in a rural town of Woodford, about 70 km (44.5 miles) north of Brisbane. Woodford attracts a very different type of crowd, bringing not only music but other cultural performances, comedy, street theatre, dance, and circus acts to its stages over the 6 days of the festival. One day tickets to Woodford start at $130 for adults and can be purchased here.

This, by no means, is an exhaustive list. No matter what type of music you like, there is bound to be something for you to experience during your trip to Australia. Take drum lessons and uncover your hidden talents.

If this is a question on your mind, you are not alone. Unfortunately, Australian Music Festivals have gotten a bad rep lately.  The media sometimes makes it seem like all festivals are dangerous and filled with drug users. The news reports that follow each festival rarely focus on the amazing shows put on by great artists and are, more often than not, reporting on the number of people arrested for drug possession. Don’t get me wrong, drugs are certainly present at even the best festivals in Australia, but they are not as “in your face” as one might think.  It doesn’t make festivals dangerous for those not involved.

I was really nervous about the drug issue going into my first festival. I didn’t know what to expect and if being surrounded by people on drugs would negatively impact my experience in any way or shape. But it didn’t. And if you don’t want it to impact yours, it won’t. My advice is: focus on the music and on really immersing yourself in the amazing show around you. Enjoy the DJs, the bands, and the other performers!

If you’ve never been to any festivals in Australia before, you might be wondering what to wear and what to bring along. Don’t stress!

Do you plan on attending an Australian Music Festival during your stay in Australia? Which one of these would be your top choice?