For years, Cuba was off-limits to so many travelers, and now that it’s opened its doors to tourism once again it’s becoming increasingly popular. People want to explore the stunning and photogenic country but even more than that, they want to learn about why it’s such a great place to visit.

Having been to Cuba a number of times now, we can definitely say it’s worth the visit.

Thinking of traveling there on your next holiday? Here are 20 interesting facts about Cuba to know before you go.

1. Cuba is the largest island in the Caribbean

Cuba has an area of 109,884 km² and a population of around 11.5 million people, making it the largest and most populous country in the Caribbean.

Because the county is so large, you should try to see as much of it as possible. Many travelers simply stick to Havana on their trips, but there are so many other great places to see, including Viñales, Trinidad, Baracoa, and more. If you want to see as much of the country as possible, we highly recommend at least a one- or two-week Cuba itinerary.

2. WiFi in Cuba is scarce

This is one of the most interesting facts about Cuba because up until quite recently, WiFi hardly existed at all. Nowadays, you’ll find it in designated hotspots in Cuba cities, but you’ll still likely have to pay for it. In addition, cell phone service is weak and difficult to come across.

One currency, CUP (Cuban Pesos), is for the locals. The other one, CUC (Cuban Convertible Pesos,) is for tourists and has a 1:1 conversion rate with the US dollar. This makes your mental math quite easy while traveling through Cuba.

4. Supermarkets are empty in Cuba

Most supermarkets in Cuba are run by the government and have very little selection. This may not be the most fun fact about Cuba, but it’s helpful to know to avoid disappointment. You can also find small, local, family-run markets that sell goods from the farm.

5. Cuban cigars are the best in the world

Even if you aren’t a smoker, trying a Cuban cigar is a must-do while touring the country. We tried them at a tobacco plantation during our time in Viñales and would recommend the experience to anyone.

6. There are very few hotels

This is one of the interesting facts about Cuba that tourists need to know. While booking your accommodation, you might notice that hotels are difficult to come by. While there are a few, most of them are expensive and will not give you a local experience.

Alternatively, we highly recommend booking a casa particular (“private house”), which is the Cuban version of Airbnb. Most of them are licensed by the government and are equipped to receive foreign guests. Best of all, you’ll have the experience of staying with a local family, eating homecooked meals, and getting a feel for what daily life is really like in Cuba.

Best of all, Cubans earn a decent amount of money renting out their homes and are able to increase their monthly income this way (see below). By staying at a casa particular, you can feel good about supporting the locals.

New to Airbnb? Sign up today using THIS LINK and get up to $40 off your first Airbnb experience!

Most Cubans earn around $20 USD per month, which is less than a dollar a day.

8. Lots of bills are subsidized by the government

Since the average salary is so low, much of what the people need to survive, such as food, clothing, and transport, is subsidized by the government. This stems from the time of the revolution when socialism was a big theme.

9. Cuba is famous for its old cars

One of the most popular things to do in Cuba, particularly in the capital of Havana, is to rent a classic old car and cruise through the city. The cars weren’t always a tourist attraction, though. Up until the year 2011, Cuba was not allowed to import any foreign cars and, as a result, the old cars became a symbol of the country. The classic cars are certainly one of our favourite fun facts about Cuba! 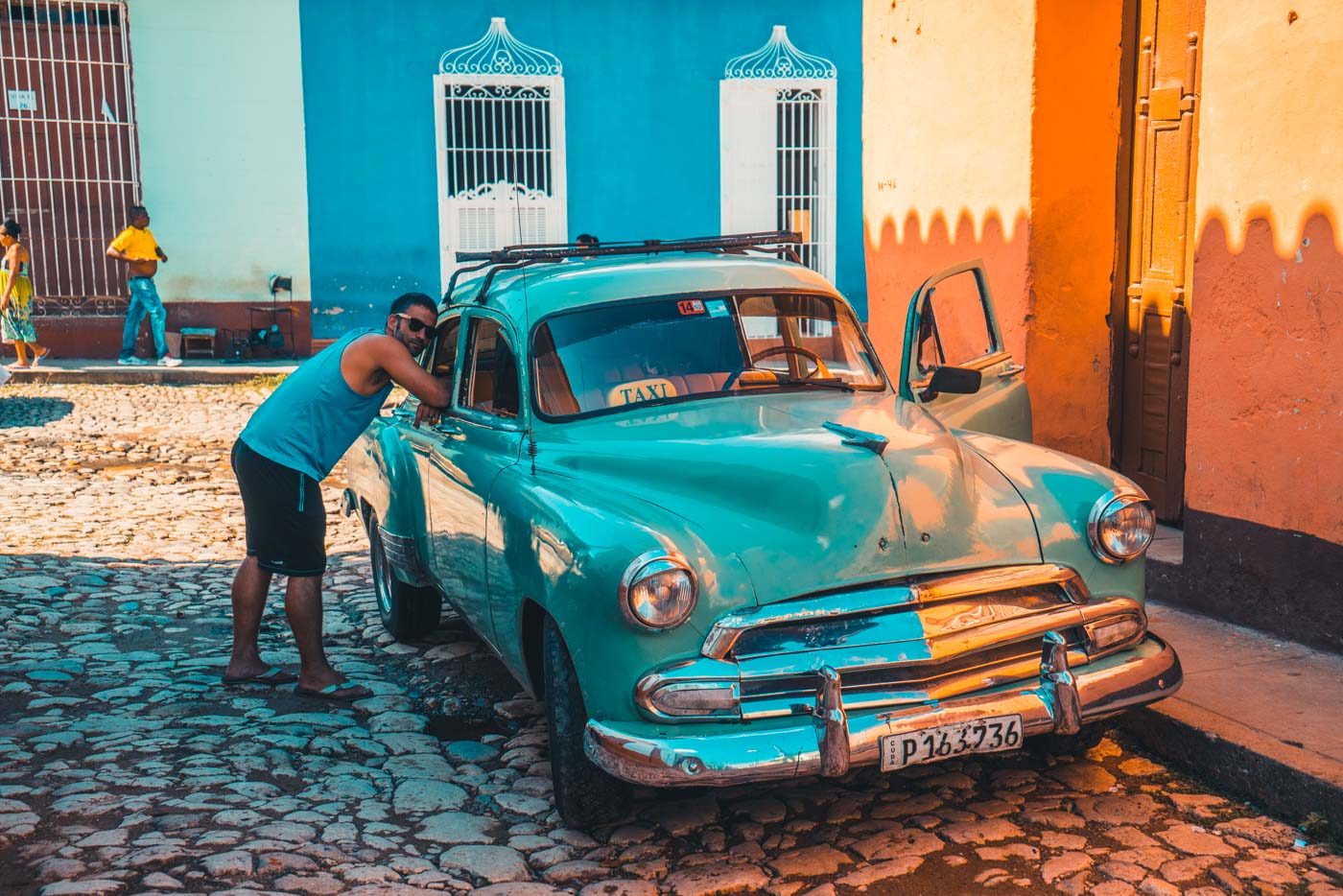 The game of dominoes is one of the favourite pastimes of Cubans. You’ll often see people sitting around at tables outside playing the game.

A Cuban Sandwich is a variation of ham and cheese sandwich which were initially introduced to cater to Cuban workers in Tampa, Florida. Also known as “Cubano” and “mixto”, this popular fusion sandwich is made with ham, roasted pork, mustard, pickles and Swiss cheese on Cuban Bread.

12. There are nine UNESCO sites in Cuba

Cuba is the proud home of no fewer than nine UNESCO sites dotted all over the country. These include Havana’s old town, the city of Trinidad, Viñales Valley, Alejandro de Humboldt National Park, and the historic centers of both Cienfuegos and Camagüey. In addition, there are three more proposed UNESCO sites in Cuba at the time of writing this.

13. Doctors in Cuba are plentiful and skilled

Doctors in Cuba are not hard to come by. One of the highest patient-to-doctor ratios can be found in Cuba, making doctors one of the country’s strongest commodities. In fact, there are more doctors in the country of Cuba than on the continent of Africa—how’s that for Cuba fun facts?!

Cuba has a long history of sending doctors overseas, and in addition to the positive impact that comes from their charitable work, they also bring back billions of dollars each year into Cuba’s economy.

14. Healthcare in Cuba is excellent

With so many qualified medical professionals, you’d be right to assume that healthcare in Cuba is extremely good. Not only that, but it’s free as well.

15. Education is free and mandatory

In addition to free healthcare, education is also free for citizens. Children and teenagers are required to attend school until the age of 15.

16. Cuba has a high literacy rate 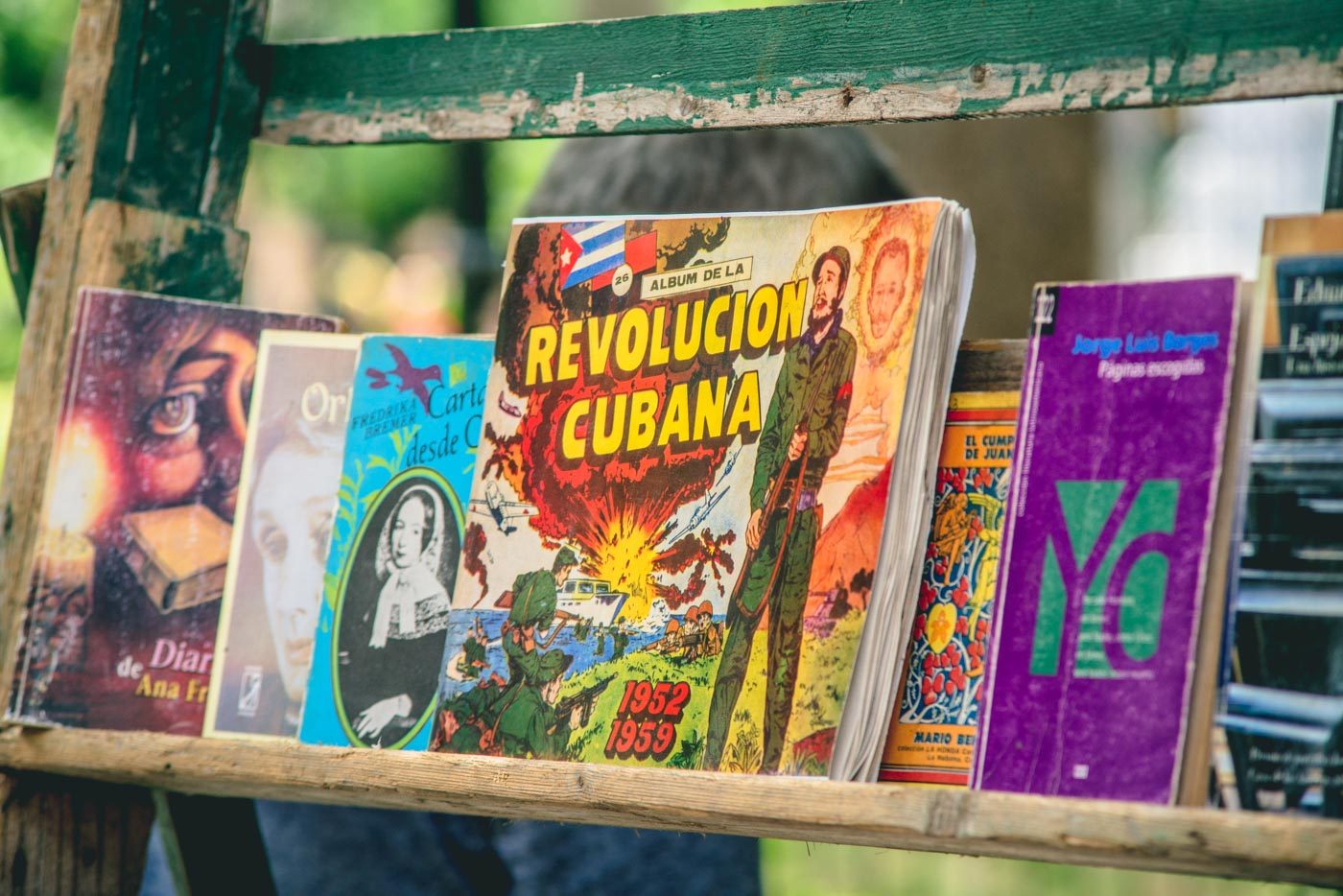 Technically, Americans still have limits for visiting Cuba, but it is much easier than it was in the recent past. You can either visit on a People to People tour or under the General License Travel. The former is more of an organized tour and there are plenty of tour operators that offer these kinds of tours. The latter will give you more freedom to explore on your own, but you will still need to qualify.

Under both circumstances, you will need to obtain an official visa before your trip. Due to political uncertainty, however, these policies are subject to change at any time.

Cuba is one of only two countries that has put a ban on Coca Cola (the other is North Korea). However, you can still buy it at some select and discrete stores under the counter.

Cuban health insurance is required for all visitors and can be purchased when you arrive in Havana after you’ve gone through customs. 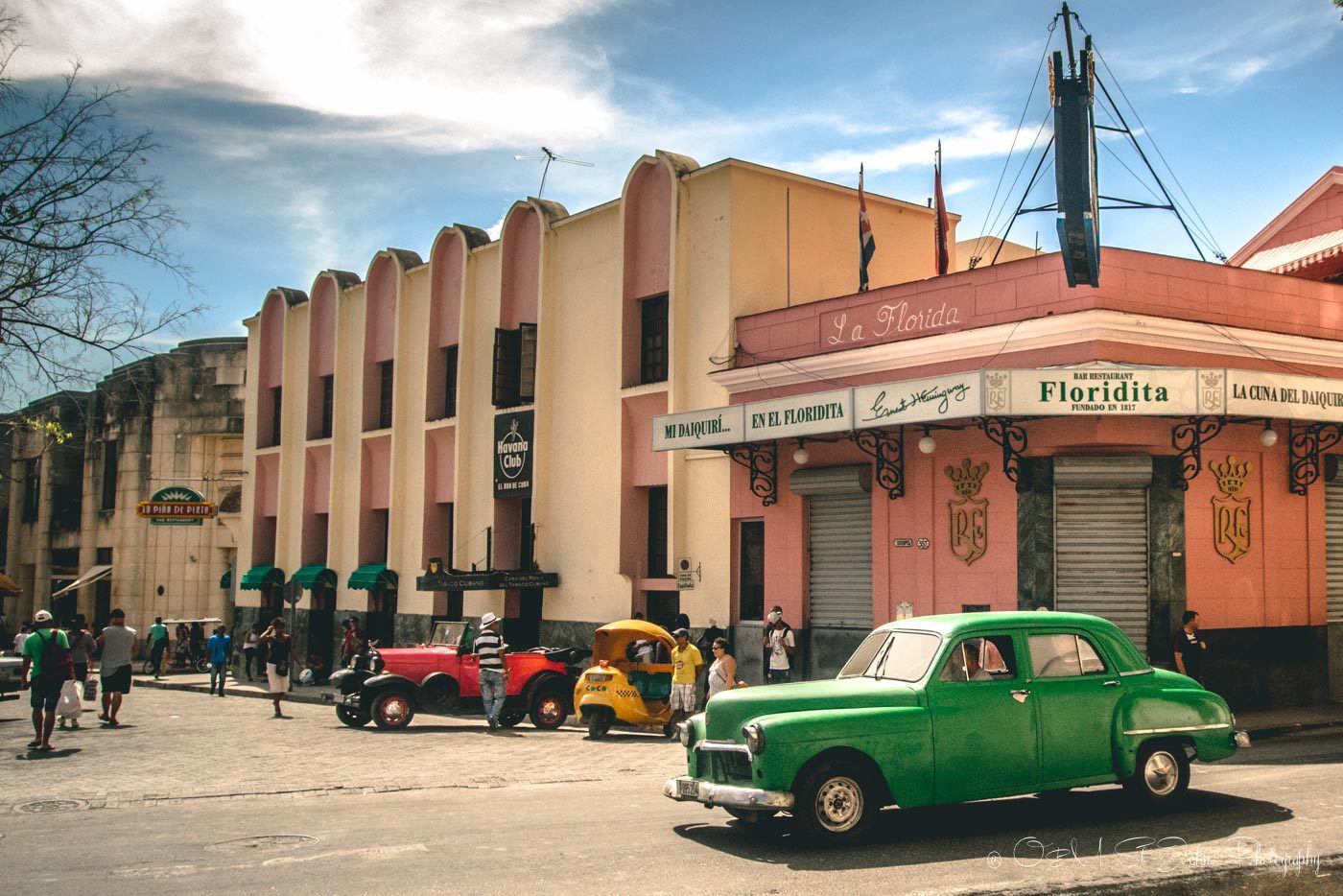 20. Cuba hosts one of the biggest carnivals in the Caribbean

If you’re interested in a colourful and upbeat celebration, head to the Carnaval de Santiago de Cuba. As one of the largest carnival celebrations in the Caribbean, you’ll be able to dance and sing along with the exciting conga lines and snap stunning shots of costume-clad partygoers at every turn.

How many of these interesting facts about Cuba did you already know?