Australia has its fair share of unique cultural quirks that make a visit here all more interesting. It’s hard to learn all the fun and weird facts about Australia on a single visit, but luckily, after spending many years living in Australia, we’ve had an opportunity to learn a fair few.

This one has got to be one of the most interesting facts!

When we first visited Australia, one of the questions we had on our minds was, ‘Do people eat kangaroo?’ It was something we had heard but we weren’t sure if it was one of those urban legends or jokes played on visitors! 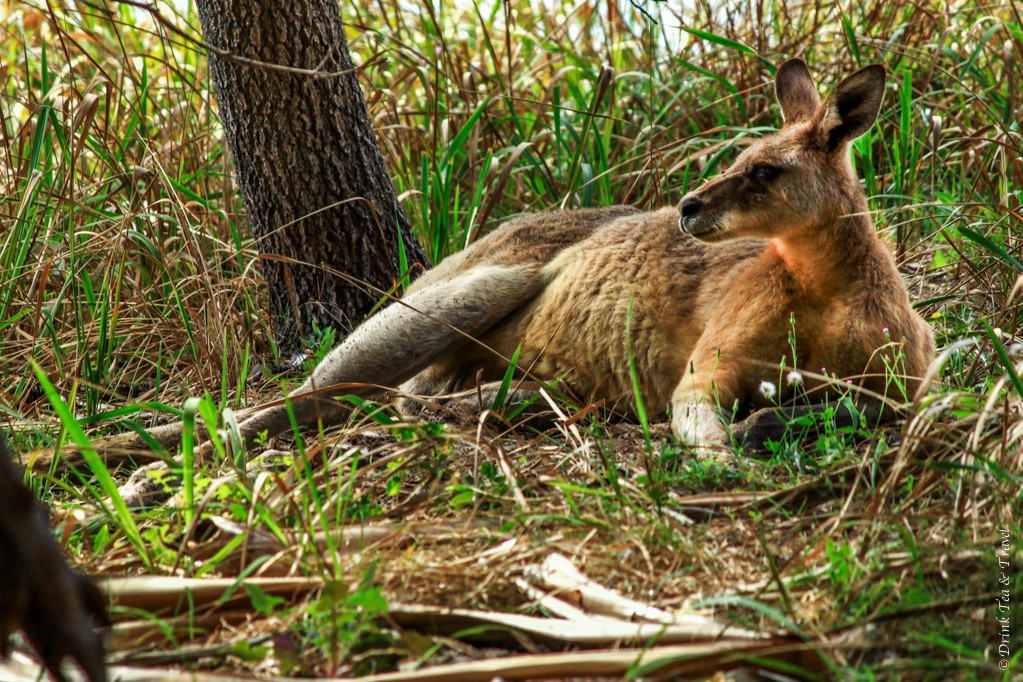 But as it turns out, people do indeed eat kangaroo meat in Australia!

In fact, kangaroo meat is widely available in most Australian supermarkets along with emu, crocodile, camel and other “game meats”.

Kangaroo meat had been consumed by indigenous Australians for centuries, but it was only in the last few decades that it’s been legalized for human consumption across Australia.

So Why do People Eat Kangaroo Meat?

Turns out, the appeal of kangaroo meat lies in its impressive nutritional profile. Kangaroos in Australia aren’t farmed so the meat is always free of antibiotics, growth hormones and added chemicals. Kangaroo meat is low in fat, high in iron and zinc, high in protein and serves as a source of heart-healthy omega-3!

Even more good news is that eating kangaroo is a more sustainable meat choice. Kangaroos emit less methane than cattle or sheep and need much less water.

Despite that, not every Australian is jumping on the kangaroo meat bandwagon. Some are less concerned with can you eat kangaroo, and more concerned with should you eat kangaroo. For many, Skippy, the beloved TV star and kangaroo hero that many remember from their childhood is still the lovable national animal and eating kangaroo would be unpatriotic. For others, eating kangaroo is as normal as eating venison or other game meat.

Oh, and in case you are wondering… While in Australia, we ate kangaroo meat on a weekly basis. The meat tastes very similar to beef, but it can get pretty tough if you don’t cook it right.

How do People Eat Kangaroo Meat?

Kangaroo mince is the easiest way to cook kangaroo meat and offers an alternative to minced beef. Kangaroo meat that has been minced must be cooked thoroughly just like any other minced meat produce. It’s great for making low fat meatballs, bolognese, lasagne or burgers.

Kanga Bangas (kangaroo sausages) are pretty good too and contain much less fat content than beef or pork sausages.

You can even use diced kangaroo meat in the slow cooker and make amazing stews, casseroles or a kangaroo curry.

Have you ever tried kangaroo meat?

1 thought on “Eating Kangaroo Meat – An Insight Into Australian Culture”

We are Oksana & Max, a Canadian couple on a mission to promote sustainable travel practices. We travel in search of eco-conscious adventures, cultural experiences, and ways to make a positive impact on the destinations and communities we visit.