With its pristine beaches, lush green spaces, and irresistible charm, Rio de Janeiro has long occupied a spot on the list of our favourite cities in the world.

We’ve had an opportunity to visit Rio de Janeiro twice, once in 2014 and again in 2016. We enjoyed our time in the city so much that we will undoubtedly return again for more!

We explored the city with great curiosity, staying in various parts of the city for an opportunity to experience Rio from a different perspective.

Where to Stay in Rio de Janeiro

When deciding where to stay in Rio, you’ll need to first consider which neighbourhood you want to spend time in. Not all neighbourhoods in the city are great for tourists, so it is smart to learn a bit about a few of them ahead of time. We personally recommend Santa Teresa for its quirky architecture, artsy feel, and great nightlife. Although it’s a bit far from the beach by day, by night you’ll find some of the best bars and restaurants in town bursting with forró, samba, and other traditional Brazilain music.

If being near the beach is more important to you, make sure to stay in the Ipanema neighbourhood. It’s just as beautiful as Copacabana but with smaller crowds and lower prices.

For something in between, try the local neighbourhoods of Botafogo and Urca. This tight knit area is great for dining and nightlife and is right in between the famous landmarks of Sugarloaf Mountain and Christ the Redeemer.

During our visit, we opted to stay in more local accommodation options, like Airbnb rooms and apartments in neighbourhoods of Santa Teresa, Ipanema and the famous Copacabana. 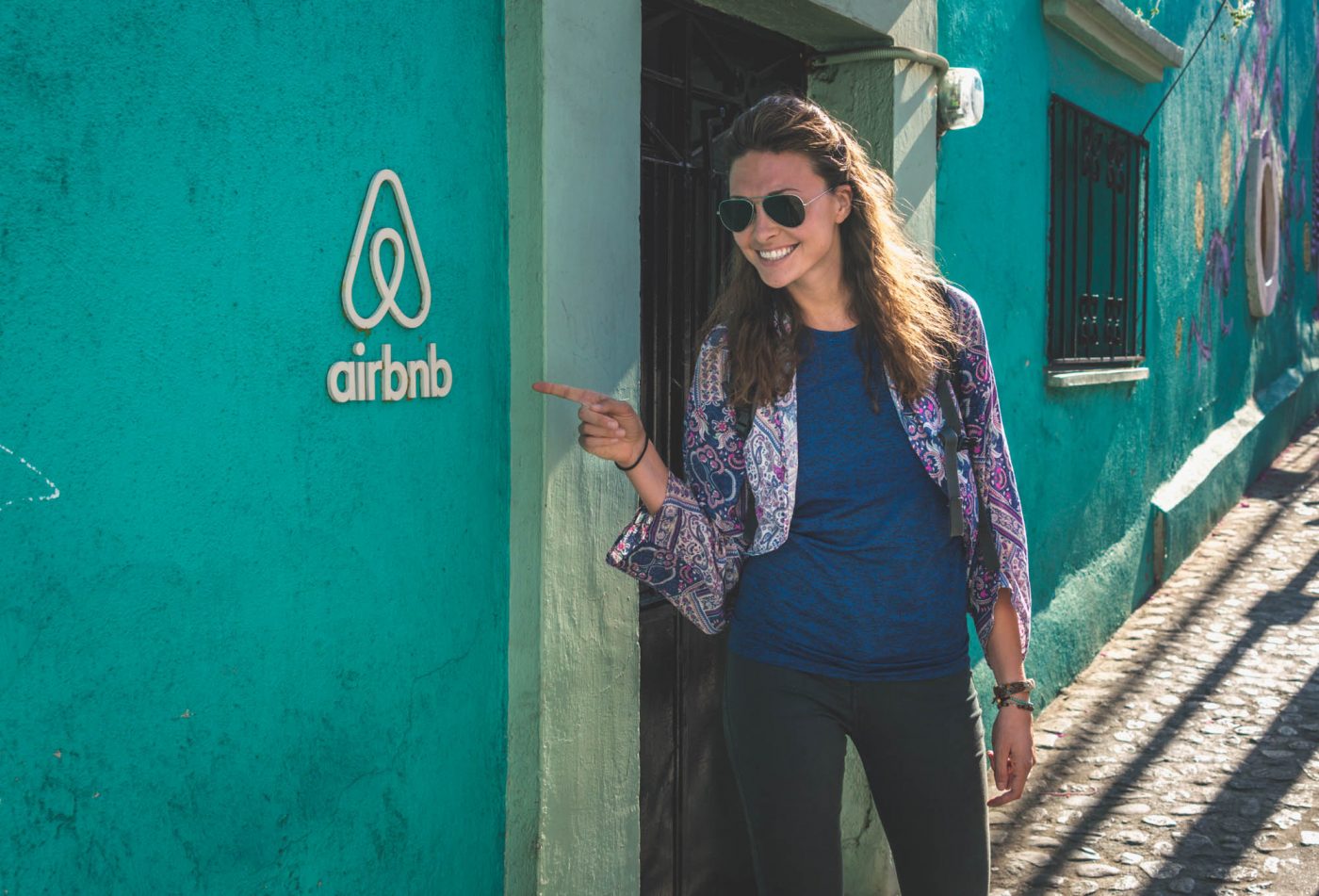 If you are looking for an accommodation option that will give back to a local, there are over 300 Airbnb options to choose from, ranging from rooms in locals’ homes to private apartments and houses owned by locals.

New to Airbnb? Sign up now and get up to $35 USD off on your first stay!

If Airbnb is not your jam, then we recommend staying in a hotel that’s committed to sustainability, one that works to reduce the carbon footprint of your stay and provides you with an opportunity to have a positive impact on the local community. 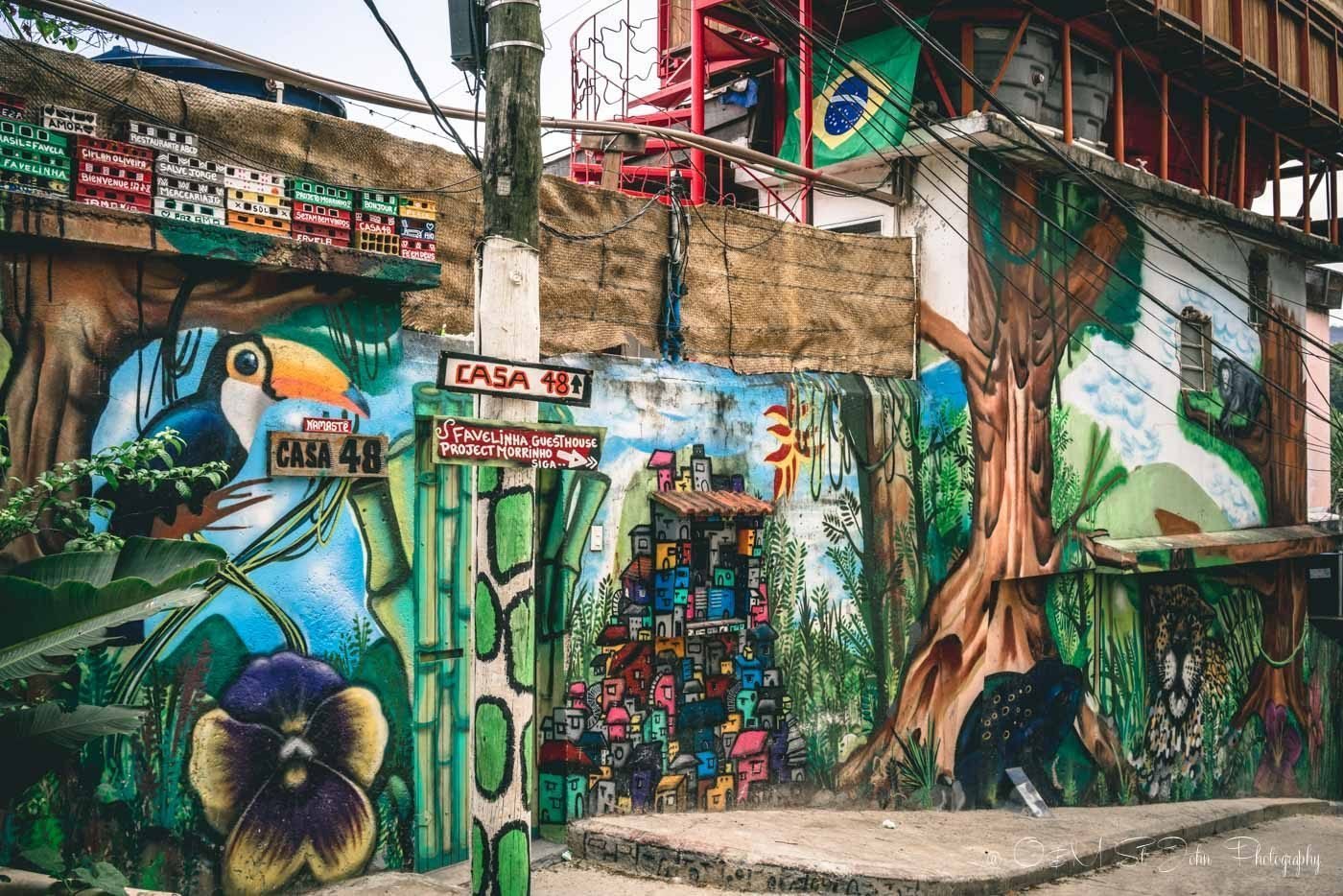 Unfortunately, environmentalism in Brazil is a topic loaded with political, geographical, and ethical underlying. As a result, eco-hotels are quite difficult to find in Rio de Janeiro, but that doesn’t mean it’s impossible.

Here are just a few worthy selections of the best hotels in Rio de Janeiro for the eco-conscious traveler.

If you don’t know where to stay in Rio but sustainability matters to you, look no further than the Arena Hotels.

Perhaps some of the most eco-friendly hotels in the entire city, the Arena has three locations in Leme, Copacabana, and Ipanema. They focus on four main pillars of sustainability which include the reduction of water consumption, recycling of organic waste, energy reduction, and the protection of biodiversity.

All three hotels are recognized by TripAdvisor as Gold Level GreenLeaders. In short, their sustainability practices can’t be beaten, making them three of the best hotels in Rio de Janeiro for any eco-conscious traveler.

At the Arena Leme, you’ll stay in one of 164 bright and homey rooms. These rooms range from standard rooms with all the basic amenities to executive suites complete with an ocean view on two sides.

The Arena Leme has one on-site restaurant called the Sampaio Restaurant which serves an awesome breakfast buffet in addition to lunch and dinner. The hotel also has a rooftop deck complete with a pool and lounge area.

The neighbourhood of Leme is calm and easy going compared to Copacabana next door, making it the perfect option for those in search of some quality R&R.

Arena Leme’s commitment to sustainability has earned it an “A” from the National Energy Efficiency Program of Brazil. They also have a PBE-Build Class A label certification and have the category “A” seal from PROCEL, the National Program for Energy Conservation. In addition, they use a special kind of shower called a Fabrimar shower which saves all the water for a second use in the toilets.

Click HERE to check availability for the Arena Leme

If you want to stay a little closer to the action, then the Arena Copacabana should be your first choice. As one of the Top 10 Brazilian Hotels according to TripAdvisor, the hotel is a perfect combination of luxurious and comfortable.

Consisting of 135 inviting rooms, the Arena Copacabana has five room types to choose from including standard rooms, deluxe rooms, and superior suites. Including all customary amenities, most of the rooms have ocean views.

Restaurante Fennel is a classy in-house restaurant that serves breakfast, lunch, and dinner. The hotel also has two ballrooms that host various events throughout the year. During your stay, make sure to take advantage of the fitness room, sauna, and rooftop pool.

The Arena Copacabana has all the same sustainable qualifications as the Arena Leme, using the same Fabrimar showers and having the same eco-certifications. In addition, it was built responsibly through a partnership with the Forest Stewardship Council. The hotel also collaborates with the Zero Waste Movement to dispose of their waste in a sustainable manner.

Click HERE to check availability for the Arena Copacabana

As the youngest of the three sister hotels, the Arena Ipanema is made up of 136 luxury rooms and suites. With either city or ocean views, the rooms are both modern and cozy through the use of warm coloured woods and tasteful design.

If you’re hungry during your stay, you’ll want to visit the on-site Otaviano Restaurant for some delicious seafood and local dishes. If the ocean is too far for a swim, head to the roof. This hotel’s rooftop pool is the best of the three with a perfect view of the Garota de Ipanema Park and the ocean just beyond it.

The environmental measures at the Arena Ipanema mirror those of the Arena Copacabana, making it truly a leader in sustainable accommodations in Rio.

Click HERE to check availability for the Arena Ipanema

Perhaps the most famous hotel in the entire city, the Belmond Copacabana Palace Hotel has no shortage of glitz and glam. Since its construction in 1923, the 5-star hotel has long cemented its name as one of the best hotels in Rio de Janeiro.

Each of the 239 rooms, suites, and penthouses at the Belmond Copacabana Palace is entirely unique, with tasteful decor reminiscent of the ’20s in Brazil. Even the basic rooms are giant and have everything you could ever need in a hotel. The penthouses even come with a marble bathroom, private swimming pool, and personal butler.

There is no shortage of fine dining at the Palace. On the property, you’ll find no fewer than three world-class restaurants. The Cipriani Restaurant overlooks the main swimming pool and serves delicacies from Northern Italy, and the Pérgula Restaurant is your best bet if you want a traditional taste of Rio’s cuisine. If you’re in the mood for something really special, reserve a table at Mee, the delectable Asian restaurant that has been awarded a Michelin Star four years in a row. After dinner, head to the Piano Bar for an artisan cocktail accompanied by live music.

In addition to the grandiose rooms and drool-worthy food, the Belmond Copacabana has a famous palace spa where you can indulge in treatments such as traditional Brazilian massages and body scrubs using açaí fruits. You can also visit their salon for hair and makeup appointments or a mani/pedi. You can also swim in their massive pool, work out at the fitness center, or play tennis on the roof while admiring some unrivalled views of Rio de Janeiro.

The Belmond Corporation is large and wealthy and luckily, they put their strong influence to good use by contributing to a number of environmental initiatives. At the hotels, they source their food as locally as possible, working closely with the Sustainable Restaurant Association based in Great Britain.

They also have a big focus on their energy consumption use 100% renewable energy and recycle over half of their waste. One of their latest initiatives is the support of an ecology school and wildlife preservation program close to Iguaçu Falls.

Click HERE to check availability for the Belmond Copacabana Palace

Located right on Copacabana beach, the Pestana Rio Atlȃntica is a great choice for those who want to be up close to the action. The exciting Deck Bar has a spectacular swimming pool with views of the famous beach walkway and often hosts famous DJs to make nights exciting. In addition, the Cais da Ribeira Restaurant will make sure you never go hungry with its impressive breakfast buffet and Brazilian specialties for lunch and dinner. The hotel has received TripAdvisor Certificates of Excellence many years running.

At the Pestana Rio Atlȃntica, you can choose between nine different room styles ranging from standard twin room to presidential suite. The rooms are modern, spacious, and almost all come with a balcony and view. There are 247 rooms in total.

The Pestana Rio Atlȃntica is certified by TripAdvisor as a GreenLeader on the silver level meaning that the staff is trained on how to implement green practices. The hotel has a towel reuse program, biodegradable toilets, low chemical gardening, and locally produced toiletries.

Click HERE to check availability for the Pestana Rio Atlȃntica 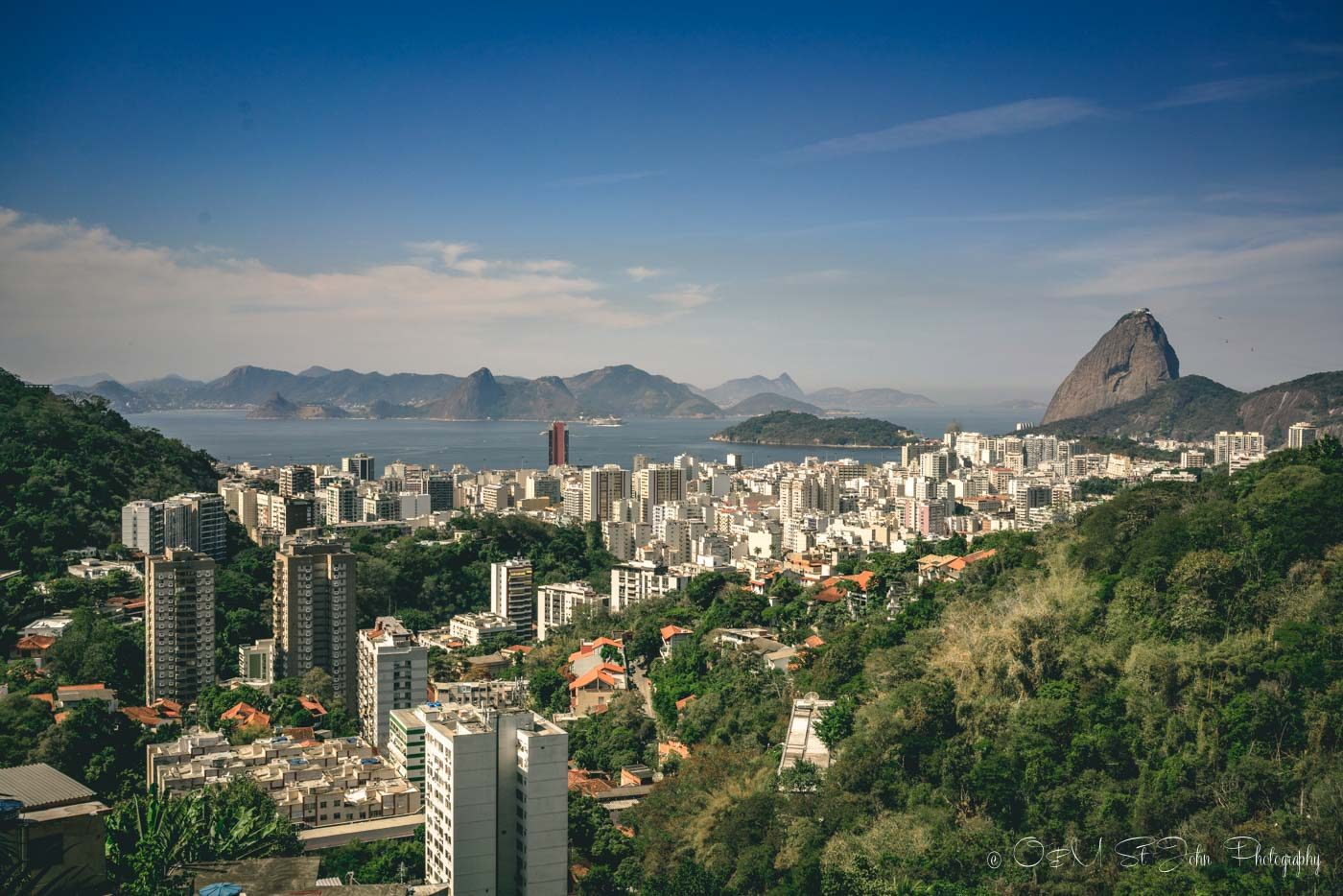 Although Rio de Janeiro might not be the easiest destination to find eco-hotels, it is still more than possible to find sustainable and environmentally conscious accommodations in the city. It just takes a little digging and a strong commitment to sustainable tourism! We hope this guide has helped you get started researching where to stay in Rio de Janeiro.

In your opinion, where are some of the best places to stay in Rio de Janeiro? What are your eco-hotels in the city? Let us know below!