11 Foods You Should Try in Australia

When we first arrived in Australia trying local food wasn’t really on our to-do list. Unlike many other countries around the world, Australia just didn’t strike us as a destination for amazing cuisine. So, we certainly didn’t have a list of food to try in Australia.

We’ll be honest, food in Australia is really not that different from what you might be used to in North America or in the UK. After all, not so long ago (well, in the 1800s) Australia was still a British colony, so a lot of its culinary habits and tastes are strongly influenced by British traditions. 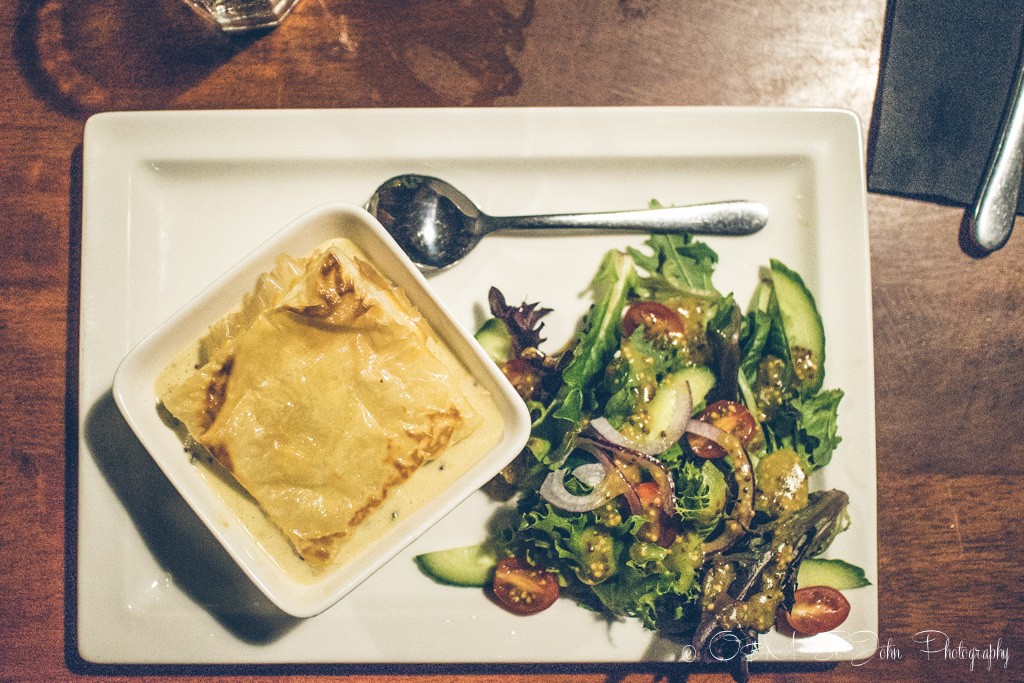 Don’t get us wrong, food here is really good. A lot of it is fresh, local, and sustainably sourced from farmlands around the country. Seafood, cheese, wine, and certain cuts of beef (ever heard of wagyu beef) are particularly renowned for its high quality and great taste. But it’s nothing new or particularly different.

It took us over 2 years to discover the true gems of Australian cuisine. Most of this stuff is so authentically Australian it hurts and it makes no sense! Keep reading and you’ll start to understand what we mean.

If you are visiting Australia and want to taste some local’s favourites, and a list of food to try in Australia, here is what you should look for. Let’s start with the most obvious and well-known items.

A dark brown food paste made out of brewers yeast extract. This Australian favourite is as polarising as it gets. People either love it or hate it, there is no in between. It looks rich and it doesn’t really smell bad, which is probably why a lot of first-timers often confuse it for an alternative to Nutella.

It’s not. In fact, it’s quite the opposite. It’s really salty, slightly bitter and malty. Best consumed in a thin layer on toast with butter and some avocado on top. It’s similar to the English version of Marmite.

In 2015, Australia took their Vegemite obsession a bit too far. They combined this savoury ingredient with chocolate in a new Cadbury creation: vegemite-flavoured block of chocolate.

Sweet on the inside, salty on the outside…or at least, that was the thought. Supposedly, critics described the taste as “similar to salted caramel with a pleasant aftertaste”.

We weren’t able to bring ourselves to try it, and the product has since been discontinued but you can always give it a go at home with a tub of Vegemite and bar of chocolate. Let us know what you think.

Speaking of chocolate, Tim Tams are possibly THE BEST CHOCOLATE bars on earth. We’re not even kidding. Made by an Australian’s food company Arnott’s, Tim Tams are composed of 2 layers of chocolate cream filling and coated with a thin layer of chocolate.

Oksana doesn’t even like chocolate, but if you put a box of Tim Tams in front of her she will eat it all! And we’re not the only ones with a Tim Tam obsession.

Supposedly, there are over 35 million packs of Tim Tams sold every year in Australia!

But what makes Tim Tams especially amazing is the magical combination of the gooey goodness of a Tim Tam combined with a hot cup of tea (or coffee, we guess). They call it a Tim Tam Slam, a way of drinking a hot beverage through a Tim Tam.

Bite off the opposite corners of the Tim Tam, submerge one end into your drink and suck the drink using the Tim Tam as a straw. The inside of the Tim Tam melts in your mouth creating a perfect blend of sweet goo and hot tea. We’re salivating just thinking about it.

Sticking with the sweet theme, next up is Lamington, one of Australia’s favourite desserts. Lamington consists of squares of sponge cake coated with a layer of chocolate sauce and desiccated coconut.

The dessert is often served as 2 halves with a layer of cream or strawberry jam between. It’s a pleasant little treat, simple and down to earth, one that a sweet tooth traveler will definitely love.

Where to Buy Lamingtons

Lamington is often sold in bakeries across the country, can be found at various markets and are especially popular at local bake sales.

Pavlova is a meringue dessert with a crispy outside and a moist marshmallow center and is often topped with whipped cream and fresh fruit. It was named after the Russian ballerina who visited Australia and New Zealand on a tour back in the 1920s, thus the origin of the recipe has been a source of argument between the two countries for almost a century. 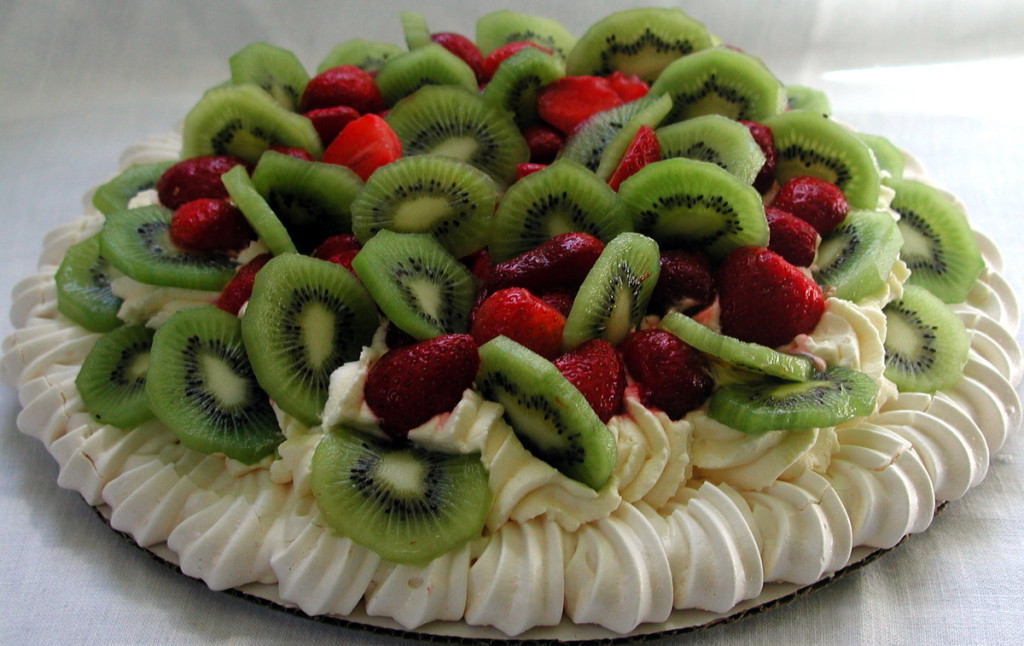 Despite its historical roots, Pavlova remains a popular dish and an important part of both Australian and New Zealand culture. It’s a light and fresh dessert often consumed during summer time BBQs and family gatherings. It’s definitely worth a try, but it’s really nothing to write home about. (Yet, here we are writing about it).

We fell in love with avocado smash when we discovered it on a brunch menu in Melbourne. It seemed to be a bit of a Melbourne obsession that has now made its way along the coast and across the country.

It’s healthy, it’s nutritious, and it is to die for! Avocado is mashed with feta cheese or goat cheese along with chili and other spices mixed it, then served on rye toast under a poached egg.

You can find avo smash on brunch recipes across the country, but for the best of the best head to these Melbourne brunch spots with the best avo smash on the menu.

The fact that Australians eat their national animal is a bizarre fact. But if you can get over the fact that Roo has made its way from the outback to your plate, you might really enjoy its gamey taste and its high nutritional value.

You can buy kangaroo meat at any supermarket and chuck it on the BBQ (don’t overcook it, it’s best-enjoyed medium rare), or try it at one of the many restaurants across the country.

It won’t be on every menu, especially not at cheap restaurants, but if you find a spot that serves authentic Australian fare, Roo will definitely be on the menu. More adventurous travelers can also sample emu and crocodile meat.

When we lived in Australia, we used to love the nutritional benefits of kangaroo and found many delicious ways to incorporate it into our diets.

Australians have a way of making a lot of things their own, and their twist on a classic burger is by far the best example of that. They take a regular burger and ruin it by adding an egg and beetroot slices.

They call it a “Burger with the Lot”. It’s just about the most bizarre rendition of the American favourite and of course, the locals loved it. We can do with an egg, it adds a bit of “gooeyiness” sometimes, but the beetroot is just odd.

Pies have got to be the most popular snack in Australia. You can grab one on-the-go at most bakeries, markets, and sometimes even gas stations. These savoury, handheld pastries are also popular at weekend sporting events like cricket, or footy.

The most typical pie is the mincemeat and gravy variety, but steak and mushroom, and veggie are also popular choices. Most Aussies like theirs loaded up with Ketchup (or as they like to call it, tomato sauce).

This iconic breakfast food will remind most Aussies of their childhoods. The dry whole-wheat cakes need a good dousing of milk to soften them up but they are packed with fiber and are truly nutritious. Often Aussies will top their Weet-bix up with berries or sugar.

The Aussie invention is marketed as Australia’s number one breakfast cereal and tends to be a staple of most Australian households.

While not classically an Australian dish, the Aussie’s have definitely put their own twist on the Chicken Parmigiana. It is quintessential pub fare and you will find Chicken Parm nights all over the country. Sometimes offering a pot of beer, paired with it.

The dish consists of a chicken schnitzel topped with ham, tomato sauce, and tasty melted cheese. We challenge you to find a pub in Australia that doesn’t have Chicken Parm on their menu!

Of course, tea is not a food, but you didn’t think we’d miss out on the opportunity to talk about tea, did you? Well, the unfortunate truth is, there is really nothing special about tea in Australia. T2 is the biggest Australian tea brand, offering the largest range of loose leaf tea, herbal tisanes (their word not ours), and amazing tea wares.

T2 has shops across the country (brace yourselves, the prices are a bit steep) with each one carrying more varieties of tea than you could possibly try during your time here. Some of it is good (we quite like the Lemon Grass and Ginger variety), but most of it is just like any other tea you can buy at the supermarket.

T2 is the brand of tea you will most likely get in all tea shops and restaurants around Australia, so there’ll be lots of chances to give it a try while you are out.

If you like chocolate and are passing by Yarra Valley, try the Yarra Valley Chocolatier Tealicious Strawberry Tea. It’s unlike anything else we have tried before. There are literally bits of chocolate in the tea!

The award of our favourite tea in Australia goes to The Art of Tea, a small Tasmanian tea brand we discovered on our recent trip to Tassie. Their Tasmanian Breakfast blend, a full flavoured, strong black tea is the one we reach for in the morning and all throughout the day.

So there you have it. This list should give you something to look forward to and a list of food to try in Australia while your visiting.

Think something is missing from this list? Let me know in the comments below!

Top 10 Things To Do In Australia

How To Travel Australia On A Budget

Getting Around Australia on $1/Day

10 Reasons Why You Should Travel To Australia

9 thoughts on “11 Foods You Should Try in Australia”